Rio de Janeiro: Indian gymnast Dipa Karmakar scripted history as she became the first Indian to make the cut for the individual vault finals in her debut Olympic Games after finishing 8th in the qualifying round in Rio.

The Tripura-girl, who is the country's first woman gymnast to qualify for the Olympics, managed to perform her much-appreciated 'Produnova' vault cleanly to secure 14.850 points after two attempts.

It was a nervous wait for the Indian after that. She had ended sixth after the third of five sub-divisions.

She dropped to 8th eventually when Canadian Shallon Olsen's terrific effort of 14.950 rejigged the overall standings.

But that was just about enough to secure her a place in the finals scheduled for August 14 as the top-8 made the cut for the medal round. 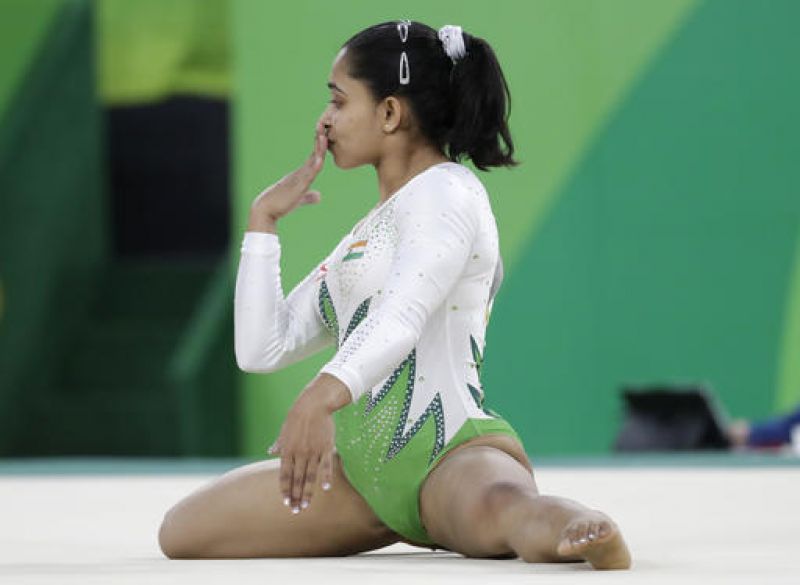 Dipa secured 7.000 on difficulty and 8.1 on execution in her first attempt. Her score for difficulty was a tad lower at 6.000 in the second attempt.

She landed low on her Produnova vault in the first attempt, while her second vault was a 'Tsuk double full twist' with step to the side.

Three-time world all-round champion Simone Biles topped the charts with a sensational score of 16.050. The American scored a brilliant 9.700 on execution in both her attempts. 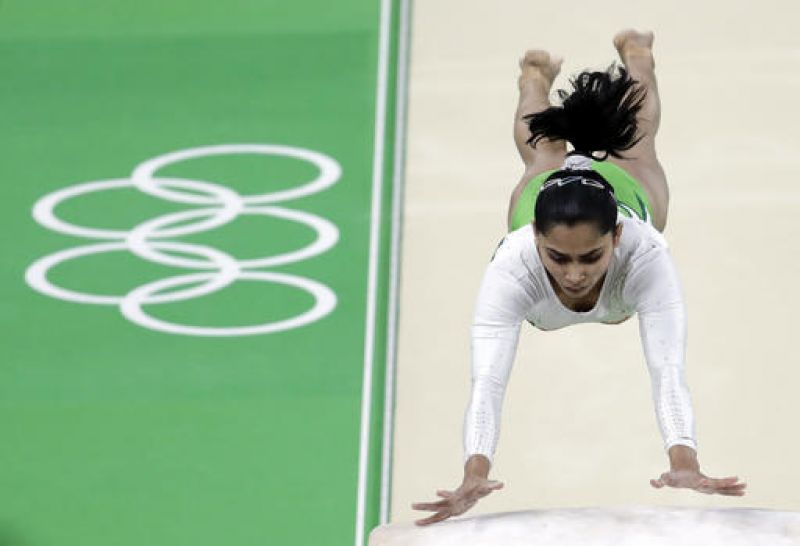 In the other routines, Dipa secured 11.666 for her effort on the uneven bars, scoring low on difficulty but decent on execution. Later, Dipa scored 12.866 for her performance on the balance beam.

Dipa, the first Indian woman gymnast to win a Commonwealth Games medal, stood a poor 47th in the all-round standings with a combined score of 51.665. The eight gymnasts with the highest individual scores in each apparatus move on to compete for an individual event title in that apparatus.

The 24 men and 24 women with the highest combined individual totals move on to the all-around finals.