PR Sreejesh took to Twitter to vent his ire on an airline carrier which penalised him for excess baggage which included his sports equipment. (Photo: AFP)

New Delhi: An angry Indian hockey team goalkeeper PR Sreejesh on vented his ire on airline carrier Air Asia which penalised him for excess baggage which included his sports equipment as he was returning after winning Asian Champions Trophy beating Pakistan 3-2 in the finals.

It was learnt that Sreejesh was fined Rs 1500 for carrying 'sports equipment' that was termed as excess baggage.

An irate Sreejesh took to twitter to express his disappointment. 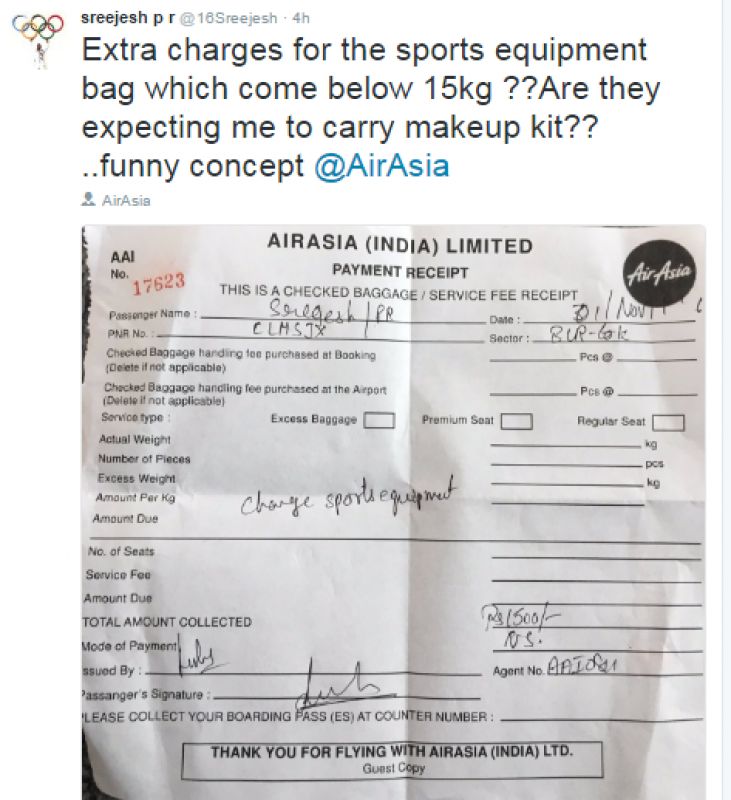 The star custodian, who is also one of the captains of the Indian senior team's equipment is expected to be heavier than his teammates as goalkeepers have heavy protective gears which includes upper body protection, thick pads, gloves and a helmet unlike outfield players who need to carry their hockey sticks.