From doing the dirty work to orchestrating rapid moves on the break, the Portuguese maestro has made his presence felt in both halves of the pitch. (Photo: AP)

Mumbai: It takes something special to beat Bengaluru FC. Carles Cuadrat’s side who were leading the table all season, slumped to their first defeat at the hands of Mumbai City FC which only ignited more fire to the Indian Super League (ISL) title race on Sunday.

All it needed was just one moment and the visitors were put to the sword. Bengaluru were sliced apart on a lightning-quick counter and not even a hapless Gurpreet Singh Sandhu could stop Paulo Machado from finding the net after being put through on goal by Rafael Bastos.

Despite being the better side, Bengaluru’s profligacy in front of goal - just one shot on target - saw them being dethroned by Mumbai at top of the standings.

“Everyone is happy because we are the first team to beat Bengaluru FC this season. I think we played very well and it’s a good result for us. I think we never had a run like this before and aim to finish on top. We want to show our fans we can be at the top,” said the delighted Mumbai captain.

Our midfield magician controlled the game and popped up with a crucial winner! 💪🏻
Brilliant stuff Paulo! 🙌🏻#MUMBEN #ApunKaTeam 🔵 pic.twitter.com/uMdp1UyGiN

Much has changed for Jorge Costa’s side, especially after that 5-0 away drubbing from FC Goa in October before embarking on a nine-match unbeaten run – the best ever in the club’s history.

“Yes, we have evolved a lot after the Goa game. Before the start of the season, many new players arrived and we did not know much about the league. But since that defeat, everyone has started to take responsibility. We have started playing well as one unit and I think we will only get better,” Machado revealed. 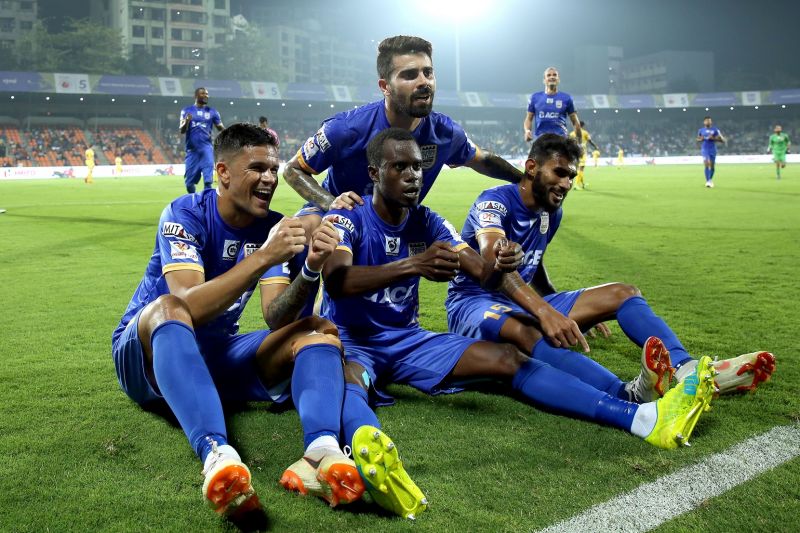 With two goals and three assists this season, Machado has emerged as an integral cog in Costa’s dynamic, counter-attacking setup. The statistics further underline his importance to the side.

Machado ranks first in passes, touches, interceptions and tackles for Islanders this season which highlights the responsibility the manager places on him. From doing the dirty work to orchestrating rapid moves on the break, the Portuguese maestro has made his presence felt in both halves of the pitch.

“When I arrived here, I weighed 2-3 kilos extra. But ever since then I have cut down, things are now different. I am more involved in team play, both in attack and defence and can run more. But it is important to play for the team all the time,” said the animated midfielder who has also featured in the UEFA Champions League.

Next up is a challenge from the very same side that turned around their fortunes – FC Goa, this time, at their own den.

“All the teams here play differently. Like for example, Goa plays very well when they have the ball but without the ball, I think we make better movements. If we continue to play like this, I’m sure we can beat Goa too,” the former Olympiakos and Dinamo Zagreb midfielder claimed.

Writing their way into the history books, Mumbai City has emerged as genuine title contenders after a shaky start. The results have been coming and much more is expected, with the message clear from the manager: “Enjoy your football.”