Chelsea FC vs Everton FC preview: The battle of the Blues

Antonio Conte has a difficult fixture coming up at home against Everton. (Photo: AP)

London: It’s the battle of the Blues on Sunday, as defending champions Chelsea take on Everton at the Stamford Bridge, on Sunday.

Antonio Conte’s side has had a bittersweet start to their Premier League campaign, having won one and lost one in their first two games. Everton, on the other hand, are one team   to be beaten in this season’s Premier League, and will be looking to carry forward that good form, in their search for European football next season. 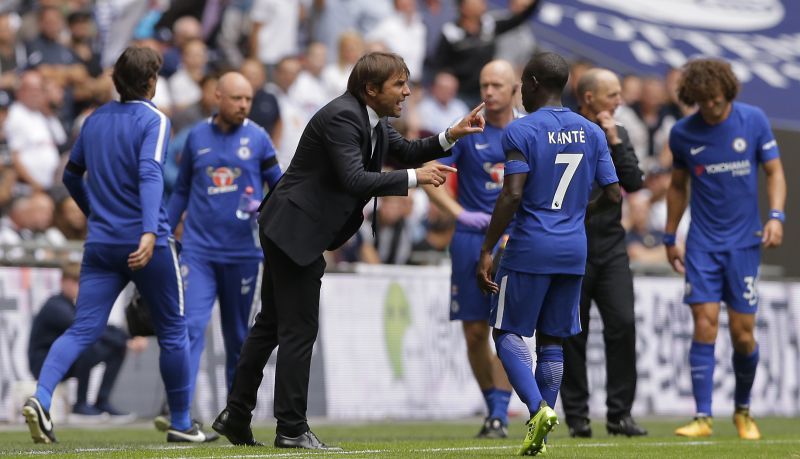 Antonio Conte will be looking to get his first win of the season at Stamford Bridge. (Photo: AP)

Defence is still a bit of a concern for Chelsea, with captain Garry Cahill set to serve the second of his three-match suspension after seeing red in their 3-2 home defeat at the hands of Burnley.

However, the return of midfield talisman Cesc Fabregas, who was also sent off during the same match, will boost the Blues greatly.

It is unlikely that manager Antonio Conte will change his system much. Despite the absence of Cahill, Conte still looks to have a relatively strong defensive line consisting of Cesar Azpilicueta, David Luiz and Antonio Rudiger. Luiz, who played as a holding midfielder in Chelsea’s 2-1 victory away at Tottenham, is set to push back into the heart of the three-man defence.

Tiemoue Bakayoko showed some great energy in the middle of the park in the last match against Tottenham Hotspur at the Wembley Stadium. This could entail Conte playing Fabregas out of position, essentially, as one of the two side-forwards in the 3-4-2-1 formation. 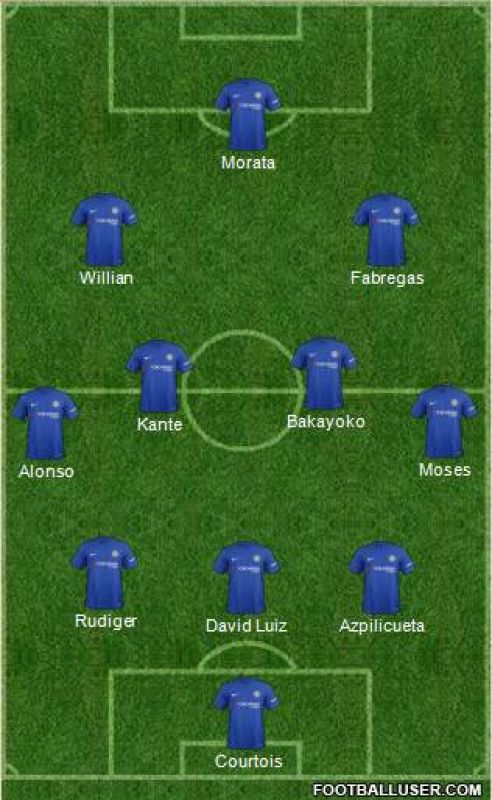 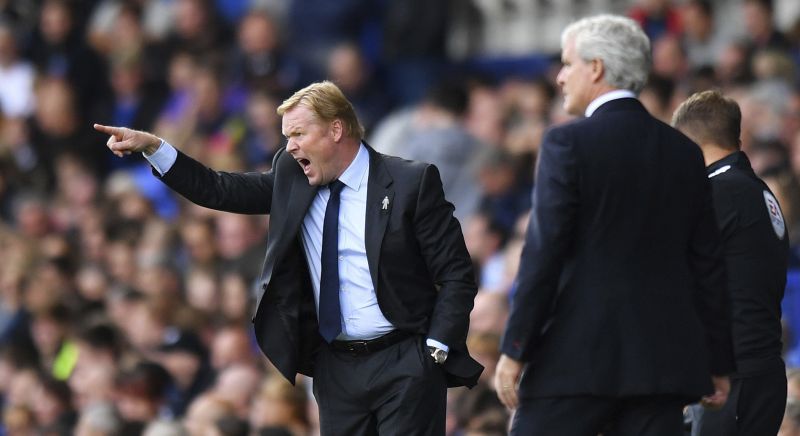 Ronald Koeman has a long list of injuries ahead of the Chelsea game. (Photo: AP)

Manager Ronald Koeman has a big problem ahead of the Chelsea game, and it is not a problem of plenty. A number of their star players have been missing due to injuries, in the nascent stage of the season. The likes of Funes Mori, Seamus Coleman, Ross Barkley, James McCarthy, Sandro Ramirez and Davy Klaassen have already missed the first couple of games due to injuries.

To add to their woes, midfielder Idrissa Gueye is doubtful with a hamstring issue, while Morgan Schneiderlin is suspended.

Ronald Koeman has been one of the managers who favour the three-at-the-back system, meaning that the Dutchman may go for a system similar to that of Conte’s to cancel out Chelsea’s threat.

New joinee Gylfi Sigurdsson could get his maiden Premier League start for the Toffees, with Koeman facing so many selection problems. The inclusion of Sigurdsson in the team also helps Everton play the 3-4-2-1 system, with the Icelandic playmaker taking up an inside-left forward position behind talismanic striker Wayne Rooney. 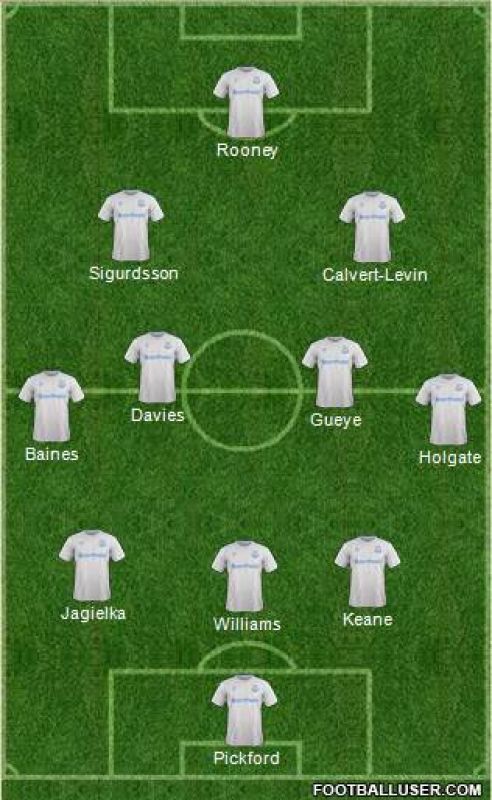 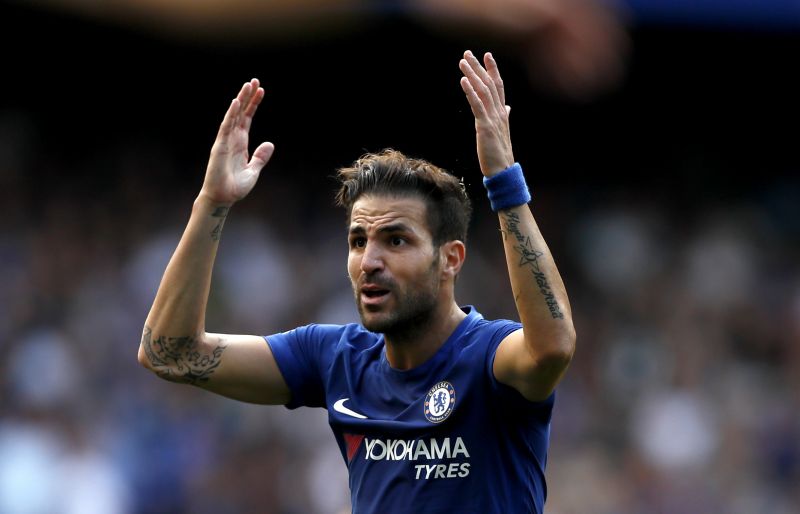 Cesc Fabregas could prove to be a midfield lynchpin for Chelsea. (Photo: AP)

Cesc Fabregas is an impact player. Whether he is in the starting XI, or whether he comes off the bench, the Spaniard is the kind of player, who always takes the game to the opposition, with his passes and vision. 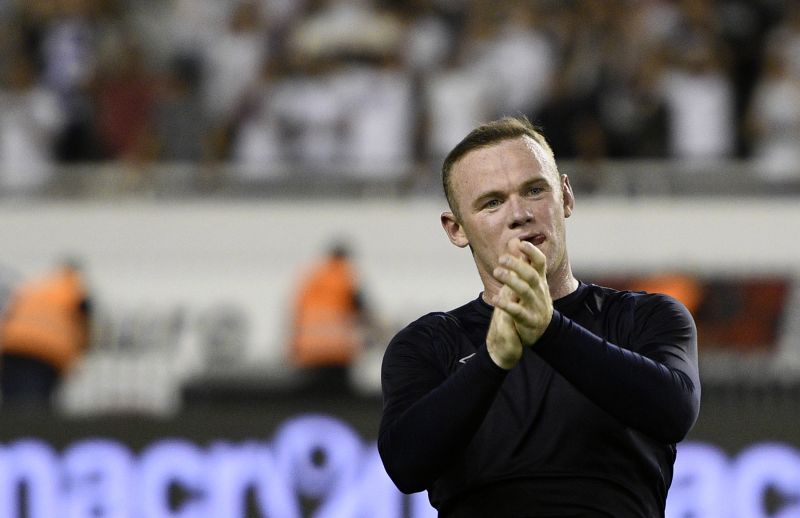 We are already two games into the 2017/18 Premier League season, and Rooney’s name on the Everton teamsheet still sounds unfamiliar. However, as Wazza takes on a familiar foe, the Toffees are sure to look up to his for inspiration up front.

Antonio Conte’s side has been on an indifferent form so far this season, and critics will argue that their woes could continue. They have shown the propensity to drop points the season after winning a league title. With captain Gary Cahill missing, we could be in for a real goal-fest, as both the attacks look pretty strong.