Arsene Wenger out to mark milestone in Chelsea clash

Wenger has won only five of his last 31 meetings against Chelsea. (Photo: AP)

London: Arsene Wenger celebrates his 20th anniversary as Arsenal manager this weekend against opponents who have caused him more anguish than almost any other team.

The Frenchman has won only five of his last 31 meetings against Chelsea and had his last major milestone -- his 1,000th match as Arsenal manager -- spoilt by a 6-0 thrashing at Stamford Bridge.

But having seen a second-string team win 4-0 at Nottingham Forest in the League Cup in mid-week, after a 4-1 success at Hull City last weekend, he is feeling chipper about the depth of his squad.

"We have four days to prepare for the game, let's focus on that now," Wenger said after Tuesday's victory at the City Ground.

"The performance shows that the players who played at Hull need to be on their toes and that's what we want -- competition for places.

"The performance (against Forest) shows that competition exists."

Thursday marked 20 years to the day since Wenger, now 66, was presented to the media as Arsenal's new manager after arriving from Japanese side Nagoya Grampus Eight to succeed the sacked Bruce Rioch.

Wenger was a near-unknown in England and few who witnessed his unveiling at Highbury -- blue blazer, red club tie -- could have predicted he would be the man to redefine the club.

From 1996 to 2006 almost everything he touched turned to gold as Arsenal won three Premier League titles, four FA Cups, went a season unbeaten in 2003-04 and reached the Champions League final.

But the years since, during which Wenger's transfer spending was curbed by the cost of constructing the Emirates Stadium, were entirely fallow until the back-to-back FA Cup triumphs of 2014 and 2015.

Arsenal's quest to end their 12-year league title drought got off to an inauspicious start this season with a 4-3 home defeat by Liverpool followed by a 0-0 draw at champions Leicester City. 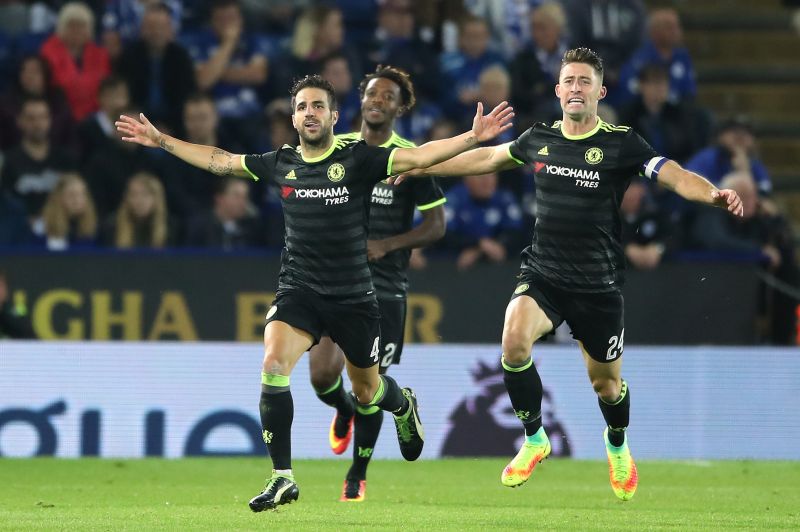 Fabregas is yet to start in the league this season. (Photo: AP)

But they have won their last three league games, against Watford, Southampton and Hull, and victory over a familiar foe on Saturday will raise hope that Wenger could yet lead Arsenal to the title again.

Conte's season to date has been the almost exact opposite of Wenger's, with three Premier League wins followed by a 2-2 draw at Swansea City and a 2-1 home defeat by Liverpool.

But Chelsea go into the London derby buoyed by a 4-2 League Cup win at Leicester in which they came from 2-0 down.

One player desperate to feature at the Emirates is Cesc Fabregas, who made his name as a player under Wenger during an eight-year Arsenal career of dizzy highs and crashing lows.

The Spain international is yet to start in the league this season, but having scored twice in extra time at Leicester, he is hopeful of forcing his way into Conte's starting XI.

"It's a new situation for me in my career after 13 years of basically playing all the time for my club and national team," Fabregas told the London Evening Standard.

"And it's been tough, I'm not going to deny it. But the last thing I will do is complain or put my hands up and give in.

"Something from inside is coming out stronger than ever and I just feel like a little boy in training trying to win my spot back as I used to do at Arsenal when I was 16. Hopefully I will achieve it again.

"My coach deserves respect because I know he wants to win and if he doesn't play me, there is always a reason.

"Hopefully I can open his eyes and make him see that I deserve to play."