The Blues are all set to take over the field and their devoted fans are noticeably kicked about their upcoming game. Bengaluru FC will take on North Korean side April 25 SC in the first leg of the AFC Cup inter-zonal semifinal tomorrow. BFC, led by ace striker Sunil Chhetri now has several new faces, post the ISL draft. But that hasn’t stopped BFC’s bombaat aficionados from rooting for their squad with all their heart. Die-hard BFC buffs, who’re gearing up to watch their team live at Sree Kanteerava Stadium on August 23, get chatty with us… 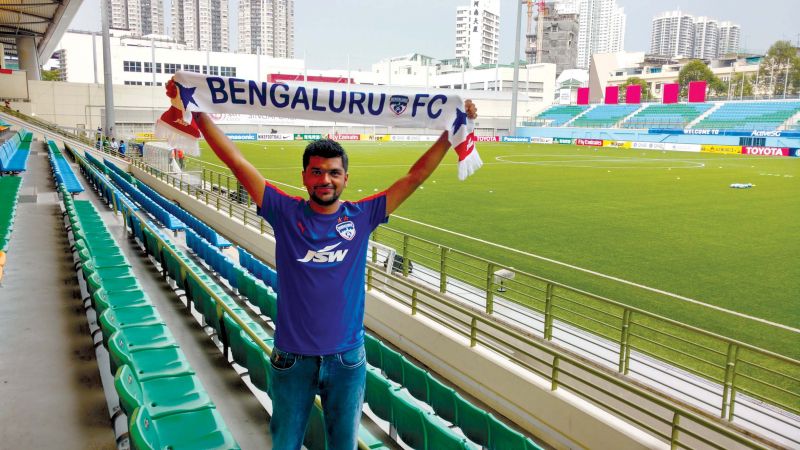 Investment banker and artist Varsha Rajsekhar is a diehard BFC supporter who’s part of the West Block Blues, the club’s passionate fanbase. “For every match, we create banners which act as a message to the team members, who look at the West Block when they enter the stadium. We do so to motivate them to perform better. Supporting the squad is even more crucial this time as a lot of good players have moved to other teams, thanks to the ISL rules. We’ve retained only Sunil Chhetri and Udanta Singh and now that we’re a completely new team, we know that they need us. So, we’re trying to get more people to come to the stadium,” says Varsha, who’s also kicked about the entry of Indian national team goalkeeper Gurpreet Singh Sandhu into namma team. “For us, BFC is like an emotion and not just a team. They’ve motivated us in our personal lives too,” she expresses. 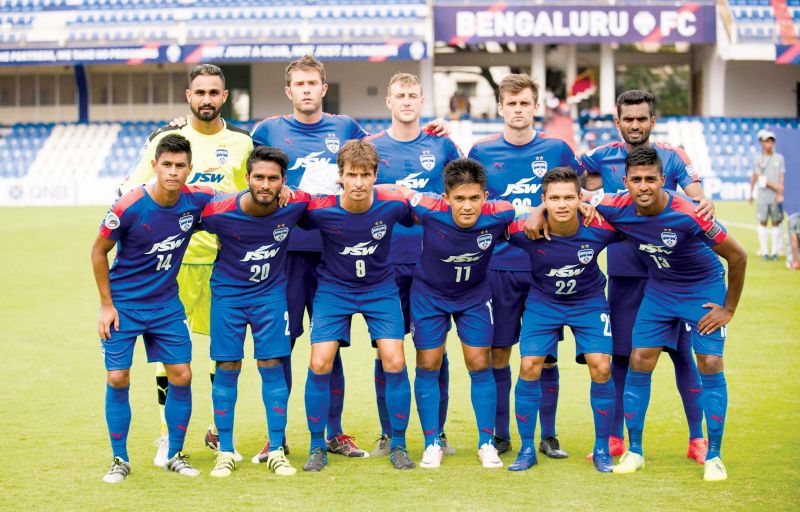 Law student Ajith Harish, who’s been following BFC since the second season is another regular at the home games. “This match is an important fixture not only to BFC, but also to the nation as we represent India at AFC cup. Gurpeet and all the new youngsters playing together for the first time is exciting. We’ll give our voices to support them throughout the 90 minutes,” says the lad, who can’t wait to show spectators a glimpse of their latest banner. This Blues fanatic picks captain Chhetri as his favourite. “We’re fortunate to have him. I’ve been lucky enough to see him closely several times. He’s such a down-to-earth and inspiring personality,” he smiles.

Even though the game is happening on a weekday, fans are making it a point to go to the fortress, (as Kanteerava Stadium is called) in large numbers. “I’m making sure that nothing clashes at work with the game and will keep everyone informed. We need a good attendance as it  helps back the team and ensures that we utilise the home advantage,” says lawyer Sharan Kukreja, who’s hosted BFC TV for the last two seasons.

Having bought himself the new season kit, he can’t wait to wear the club colours. “When a player sees the crowd from the pitch and it’s all one colour, it shows unity. We’ve made some quality signings and I hope we go all the way this time.”

So why exactly did Xavi meet Barcelona bosses?