Manchester United kept yet another clean sheet as they defeated Swansea City 4-0 at the Liberty Stadium. (Photo: AP)

Swansea: Manchester United continued its dominance at the top of the table in the Premier League after they came up with yet another convincing 4-0 win over Swansea City here at the Liberty Stadium.

With this win, Jose Mourinho’s Red Devils have continued to stay on top with six points from two games, with a massive goal difference of eight.

Here, we look at five things we learnt from the encounter.

Less than a week since United hammered West Ham United 4-0 at Old Trafford, the Men in Red once again kept a clean sheet for the second time in a row after they repeated their scoreline of 4-0, this time against Swansea City.

Eric Bailly opened the scoring for the visitors. Soon after, this was followed by goals from Romelu Lukaku and Paul Pogba, who netted once again. In the end, it was Anthony Martial who finished the proceedings with the fourth goal of the match, thereby completing a dominant win over Swans. 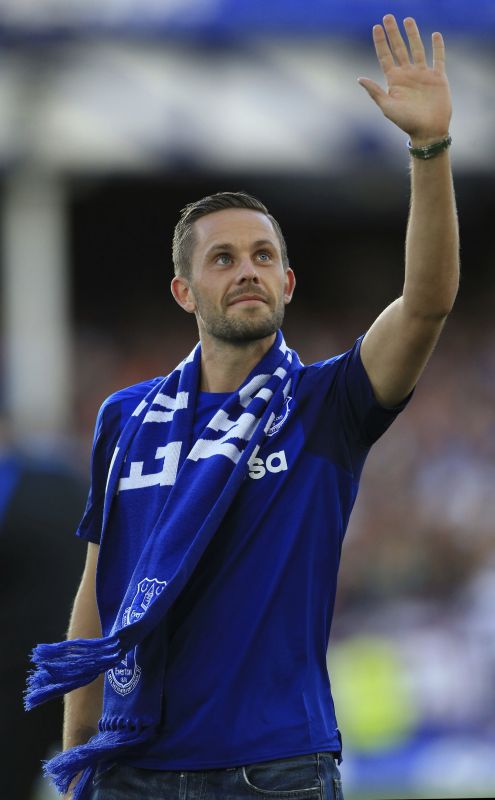 Gylfi Sigurdsson’s absence in the Swansea set-up was really felt, after they failed to produce even a single goal in the match. The Welsh side had opportunities in early in the game, but missed a lot of shots on target after David de Gea was at it again, with spectacular saves.

Iceland international Gylfi Sigurdsson, who was with Swansea since 2014, had departed to Everton last week. However, despite not featuring in Swans’ first match against Southampton, Sigurdsson had played a crucial role in taking back Swansea from the relegation zone last season.

3) Lukaku is here to stay 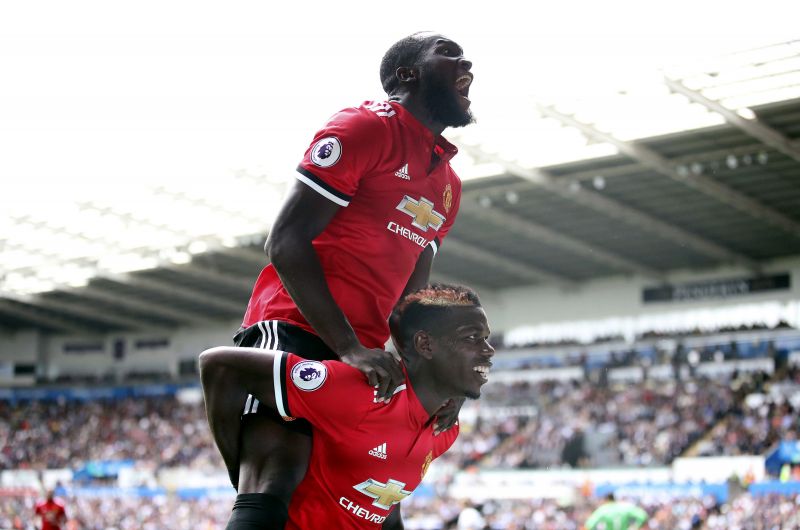 Romelu Lukaku continued his good show for the Red Devils after he struck once again in the 80th minute to extend United’s lead to 2-0. His goal was the first of the three goals which were scored by three different players in a gap of just three minutes.

The Belgian international has showed signs of improvement and Mourinho will be happy with the way he has performed in the first two games, as he becomes a key player if they are to win the Premier League.

Usually, in sport, number 10 is said to be a crucial number. However, it was shirt number 9 Lukaku who was at it again as he gave the Red Devils a 2-0 lead in the 80th minute. Interestingly, he became just the fourth of the last six United No 9s to score goals in the first two games for the club.

Zlatan Ibrahimovic, Anthony Martial and Louis Saha were the rest of the three number 9s who scored in the first two games for the Europa League champions, with Dimitar Berbatov and Radamel Falcao missing in the list.

5) Eric Bailly gets off the mark, finally

Ivory Coast international Eric Bailly finally got off the mark as he opened the scoring for United with his first goal for the club. Bailly, who signed up for the Manchester club last season, failed to find the net in the whole of that season, but finally proved his point after fantastic goal just before half-time, to give the Red Devils an early advantage.