The Tri-Nation Cup serves the purpose of being a preparation for 2019 AFC Asian Cup Qualifier against Macau for Stephen Constantine's men. (Photo: AIFF Media)

Mumbai:  Both India and Mauritius share deep cultural links with each other, as a large number of people migrated from the sub-continent to the African island during the colonial rule.

Surprisingly however, the two sides have never faced each other on the football field.

Mainly known as a holiday destination, Mauritius is a country that is often overlooked by the footballing community.

The opening match of the Tri-nation Cup (erstwhile Nehru Cup), which is set to get underway at the Mumbai Football Arena, in Mumbai, pitches two teams which are on the opposite spectrum, in terms of form.

However, this tournament serves the purpose of being a preparation for the 2019 AFC Asian Cup Qualifier against Macau, on September 5, for India head coach Stephen Constantine and his boys. 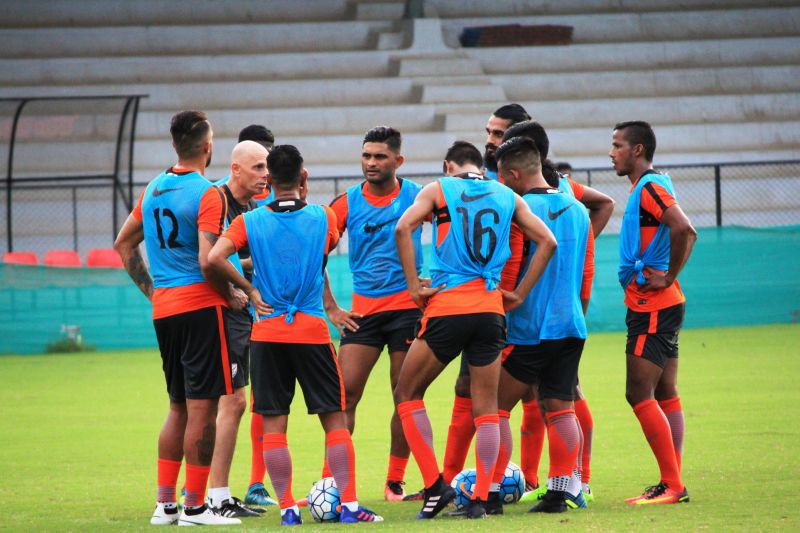 Despite the absence of Sunil Chhetri, Gurpreet Singh Sandhu and Udanta Singh, Stephen Constantine seems to have the strongest squad in the Tri-Nation Cup. (Photo: AIFF Media)

India are missing three of their key players in this tournament, something that should not trouble the Blue Tigers, who are playing in familiar conditions. They have already played a couple of international friendlies (against Puerto Rico and Nepal), apart from hosting a training camp ahead of the Asian Cup Qualifier at Myanmar, which they won 1-0.

Captain Sunil Chhetri, star goalkeeper Gurpreet Singh Sandhu, and striker Udanta Singh have been left out of the squad for this tournament due to Bengaluru FC’s AFC Cup commitments. A further worry for Constantine is that striker Sumit Passi has been ruled out of the tournament with an injury.

Goalkeeper TP Rehenesh also joins Passi on the injured list. In the absence of both Gurpreet and Rehenesh, Amrinder Singh is set to don the gloves for the team, with veteran Subrata Paul being the second choice.

The back-four, however, looks more or less unchanged. Centreback Sandesh Jhingan has been named captain for the match, and is set to lead Anas Edathodika, Narayan Das, and Pritam Kotal in defence.

Eugeneson Lyngdoh, who had missed a major part of last season, looks to get himself set in the midfield once again, as he is likely to take up his position alongside Rowllin Borges. The duo compliment each other well in the middle of the park, with Lyngdoh being the more creative half, while Borges thrives in deep positions. 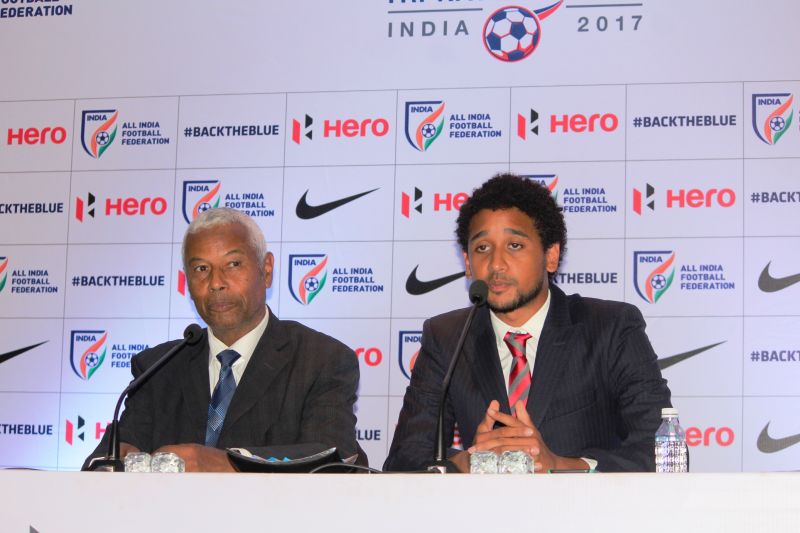 On the face of things, Mauritius are the clear underdogs in this match. They have not won any of their last five matches, and are ranked 63 places below India in the FIFA rankings.

However, they are a team that has been on the rise of late, and the appointment of Brazilian Francisco Filho as the head coach of their national side just about a month prior to the tournament could bring about a few changes for the good.

Filho has previously worked as a youth team coach at Manchester United under legendary manager Sir Alex Ferguson, who is known to have brought many star players through the academy.

Furthermore, the Brazilian coach had also been a translator for former United star Cristiano Ronaldo at the Old Trafford. The 76-year-old has been signed in a bid to prepare the side properly ahead of the 2019 Indian Ocean Island Games.

Mauritius’ primary threat comes from their midfield, where two brothers weave knots around the opposition players, to set up their forwards. Jonathan and Kevin Bru are two players who bring a wealth of European experience into the side.

Born in Mauritius, they later migrated to France, where they grew up, in their early days. The duo has even played for the France U-19 side. However, they could not really break into the top echelons due to the high level of competition.

While Jonathan, 32, now plies his trade in the French fourth division, Kevin, 28, is a midfielder at English Championship side Ipswitch. The Mauritians will be looking to these two, to link up with striker Jonathan Justin. 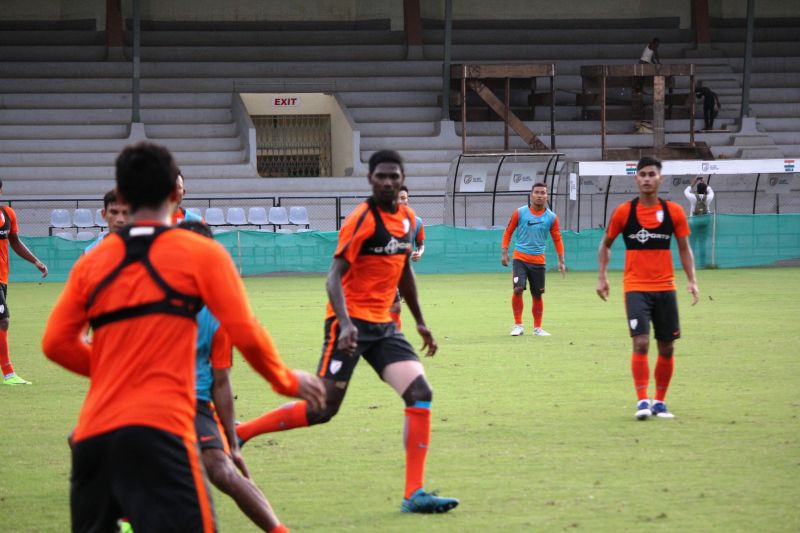 Rowllin Borges could be the key player for India. (Photo: AIFF Media)

Rowllin Borges has been the lynchpin of the Indian midfield over the last few years. The lanky midfielder likes to play form the deep, giving some additional cover to the defence, when the fullbacks go bombing down the flanks. To add to his defensive repertoire, Borges also has the ability to spray the passes around, thus helping to keep things ticking as the Blue Tigers look to dominate possession.

The left winger could be a bit of a handful for the Indian defenders. Petricots is likely to keep India right back Pritam Kotal well occupied, whenever he gets on the ball. Although he is just 21-years-old, Petricots has been in and the national side for around three years now, which means that he may be well settled with the Mauritian team, and could prove to be dangerous for the Indian defenders.

Although the Mauritians have some degree of European experience, the Indians look to be in too good form. Also, they have a 100 per cent record at the Mumbai Football Arena so far, and despite a weakened side, it does not look as though the visitors can overcome the Blue Tigers.

Everton's Michael Keane says players can be ready in a fortnight