Robben, Ribery bring tears to game after the duo played their final game for Munich

The star pair of Ribery and Robben played their final match for the club on Saturday and both these footballers scored for Munich, ensuring team's 5-1 win in the finals over Eintracht Frankfurt. (Photo: AFP)

Leeds: Bayern Munich won their seventh consecutive Bundesliga title on Saturday and their manager Niko Kovac heaped praise on the departing duo of Franck Ribery and Arjen Robben, saying that both these players helped in shaping up the team.

The star pair of Ribery and Robben played their final match for the club on Saturday and both these footballers scored for Munich, ensuring team's 5-1 win in the finals over Eintracht Frankfurt.

"I made two notes today in the meeting. One was that we want to become champions, of course. But we wanted to go one better and give the two (Robben and Ribery) a nice farewell," Goal.com quoted Kovac as saying.

"That pleases me very much. Because they have shaped the Bundesliga for 10 years. They shaped this club. It was clear they would come in. It was hard to tell them that they did not play from the beginning, because we footballers have all been in this situation before. But I had to make a sporting decision," he added.

Both Ribery and Robben will leave the club on free transfers at the end of the season. The duo came on as substitutes in the finals and scored in their trademark fashion for Munich. 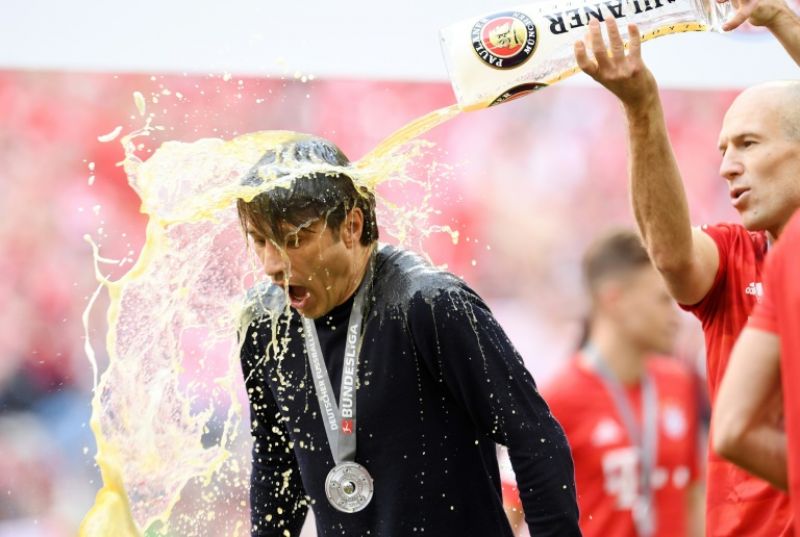 Despite winning the Bundesliga, Novac's future as the manager of the team hangs in the balance. There have been reports that Munich can replace the manager just after one season.

The reports started circulating after the team's loss in the Champions League against Liverpool.

"I talk to my boss. I have three bosses. It's like that when you talk, you can hear out in which direction it goes. I think I interpreted that correctly. Therefore, I assume that I will hopefully fulfill my contract, which I still have two years here," Kovac said.

"It is not about me. It's all about togetherness and to pay the other the necessary respect. If you do that, then we all would feel better. It is not always taking, but also a giving in both directions," he added.