Sandhesh Jhingan, who made his international debut three years ago, got the captain’s armband for the upcoming the Tri-nation tournament involving Mauritius and St Kitts. (Photo: BFC)

Mumbai: Indian football team head coach Stephen Constantine, on Friday, announced centre-back Sandesh Jhingan as the captain of the Blue Tigers, with the likes of Sunil Chhetri and Gurpreet Singh Sandhu missing from the squad.

Jhingan, who made his international debut three years ago, got the captain’s armband for the upcoming the Tri-nation tournament involving Mauritius and St Kitts, ahead of other senior players like fellow centre-back Arnab Mondal and goalkeeper Subrata Paul.

Head coach Constantine outlined the importance of inculcating young blood into the team every now and then.

“I am an advocate of bringing in new players and giving them opportunities,”said Constantine, on the eve of the match.

“I have given more than a 100 international debuts to players in my career, and that will not stop as long as I see the talent, and I see the development.

“Sandesh was one such of these young boys three years ago. He is now the captain of the national team for tomorrow’s game,” said Constantine.

“So that process will continue. Now there are other young players who are looking to take Sandesh’s place, and that's how it should be,” he added.

The skipper himself quipped words on similar lines, stressing on the importance of India making a strong base in their grassroot development.

“When I came into the team, I was just young boy. The coach brought in a number of other players along with me, (Rowlin) Borges and all,” he said. “Now we've progressed and become seniors, and now you see the progress in the national team. It's a good step. The grassroot is the future," he added. 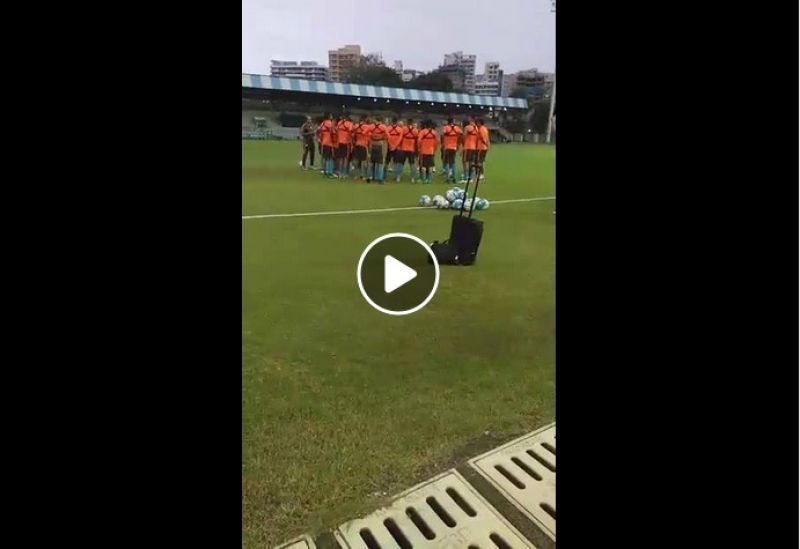 India, ranked 97, begin the Tri-nation tournament as favourites, as they are pitted against lower ranked sides like St Kitts (125) and Mauritius (160).

However, Constantine has picked as many as 10 new players in this squad, as the likes of Chhetri and Gurpreet are set to take part in the AFC Cup for their club Bengaluru FC.