Hyderabad may not be well represented on the national football front, but city-based football club Fateh Hyderabad A.F.C. is working hard to make sure the sport is alive and kicking.

The team’s been having a good season this year, topping their group in the preliminary round of the I-League’s 2nd division and qualifying for the Final Round, where they could play with the likes of Bengaluru F.C. and Mohun Bagan.

The League was originally supposed to kick off in November, but got delayed. Yogesh Maurya, founder and technical director for the team, says, “We thought the I-League would start immediately after the DSK Cup in Pune, but it got delayed. So we went to Bengaluru to play some friendlies. Full preparations for the I-League began only after Christmas and New Years.” 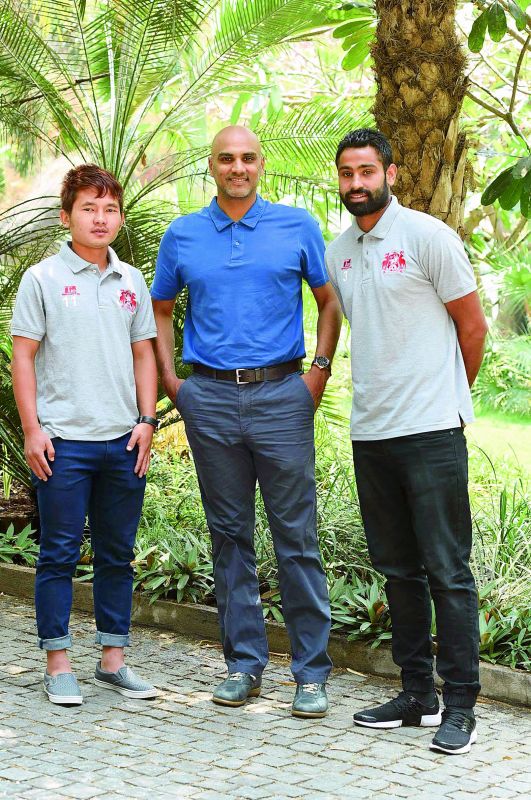 “We set goals for ourselves. We wanted to be better at defence, and to be stronger and fitter, and ended up topping the group. We achieved every goal we had so far — now, we want to go and show we can do more,” he says.

“Defensively, we’re strong, but scoring was an issue, so we’re working on that,” adds Gurtej Singh, the team’s captain. Playing in the state-level Rahim League’s A-Division also meant that the team had to divide their attention. But Gurtej admits, “Mentally, we need to be tougher now, and be on top of our physical game too. Getting to play in the state league helped keep our fitness levels up.” The team is confident of their chances in the final leg that begins in April.

Midfielder Nima Tamang says, “We spend a lot of time going over the plans that the coaches draw up. We can’t take anything for granted, because those 90 minutes on the pitch is what matters.” Yogesh says the group has been able to replicate their practice sessions in their games: “At the Ozone game in Bengaluru, three minutes in, Nima scored a stunning goal!  He’d worked all week on getting into the box and if he got an opportunity he’d take it, and it worked. The team worked really hard this year, and nothing was handed to us.”