Football at its best!

The FIFA World Cup 2018 finale was an action-packed match. An unstoppable France clinched its second World Cup by prevailing over the valiant underdogs, Croatia. From the ‘Pele-esque’ prowess of Kylian Mbappé to the VAR bestowed penalty and goalkeeper Hugo Lloris’s goof up, the match in Moscow will be remembered in the years to come. Like many around the world, Indian football fans too had their fingers crossed to see who’d take home the golden cup; the game didn’t disappoint!

Cols Victor, a French fab engineer residing in Hyderabad, is a happy man. He says, “It feels amazing to win the world cup after a long wait of 20 years. Both the teams played really well and cheers to Croatia too for having come so far. It was a fantastic performance by France.” Was he certain France would win? “No. I didn’t think France would win this year. Having lost EURO 2016 to Portugal, I didn’t have many hopes this World Cup. But it’s a great feeling to know we have won.”

He’s not the only one basking in the happiness of France’s triumph. Socialite Rekha Lahoti, who is a football lover, is delighted at the outcome. “I have always supported France and it was great to see the men in blue lift the cup. All the players contributed to the win,” she says. 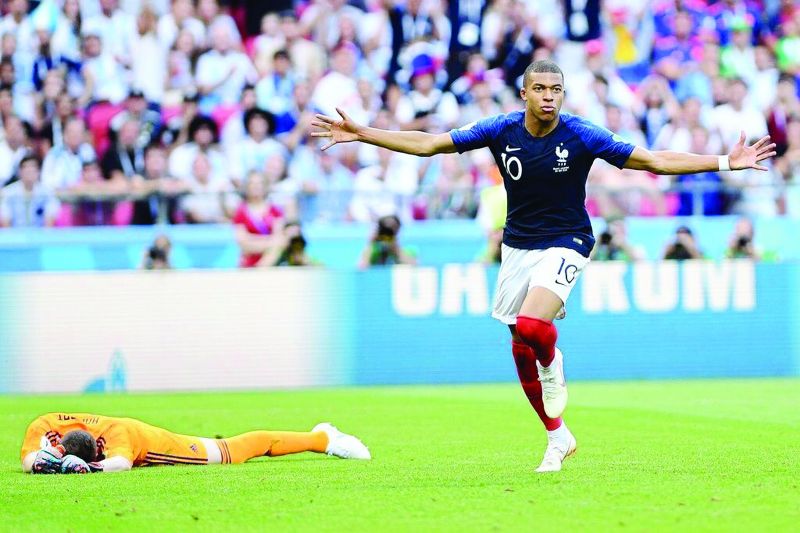 Kylian Mbappé is now the second teenager in history to score in a World Cup final.

It was clear to all who watched the match that Croatia put up a good fight. Though France won the cup, Croatia won the hearts of people. Even France supporters couldn’t help but admire Croatia’s grit. “What a brilliant performance by the Croatians,” expressed Peter Siddiqui, a former football player. “No one thought they would cross the group level. But not only did they make it to the final, they did it by defeating the mighty Argentina, Denmark, the host team Russia and England. The team tackled all the challenges head-on,” he says.

History was created at this game! After France’s victory, Didier Deschamps, captain of the 1998 French side, has become the third footballer to win the World Cup as a player and a coach. “A strong coach is half the battle won,” says Vivek Burman, a football fan, adding, “Didier has gone through the pressure himself and knows what to do in tense situations. He guided the team well and made sure that the team played as a single entity.”

Mbappé — the future of soccer

They say talent cannot be hidden and France’s Kylian Mbappé is a living example of that. The 19-year-old French forward is now the second teenager in history to score in a World Cup final, after Pelé. Mbappé also led Les Bleus to their early victory over Peru, 1-0, and scored twice against Argentina in the quarterfinals. Interesting, he also shares his jersey number 10, with other star players like Argentina’s Lionel Messi and Croatia’s Luka Modric.

Brazilian legend Pelé even welcomed Mbappé to an exclusive club that now includes just the two of them, after the French youngster equalled his record. “Only the second teenager to have scored a goal in a #WorldCupFinal! Welcome to the club, @KMbappe - it's great to have some company (sic),” Pelé tweeted.
The talented teenager has found fans in India too. Owais Jaffer, a footballer, says, “There is no doubt that the young player has great potential to be in the league of Messi and Ronaldo. To make it to the World Cup final at such a young age itself is a huge thing. But what could be better than people comparing him with Pelé. He is a great inspiration for all young footballers.”

While Messi and Ronaldo have been hogging the limelight for years, this World Cup has given Croatian football captain Luka Modric his moment in the sun.
From getting his team qualified for the World Cup to leading his country to its first World Cup final, Modric currently is the most revered player. Not only did Modric play more minutes and cover more ground than anyone in the tournament, he also created more chances and most take-ons for Croatia. He led by example throughout the tournament. And thus, he became the deserved winner of the Golden Ball. 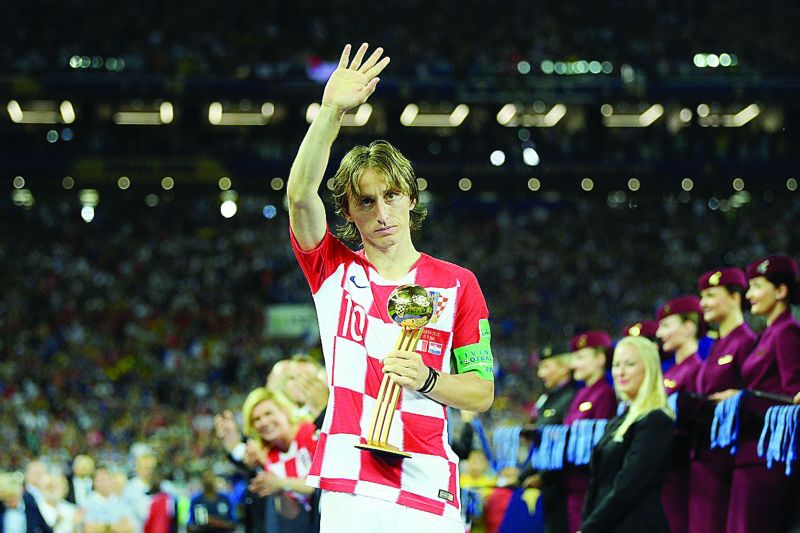 “He was in his best form right from the start,” says Rayyaan, a young football player and a die-hard Croatia fan. “His passion for the game was visible in each match that Croatia played. I was rooting for the Croatian team and if there is one player I felt really bad for it was Modric; I really wanted to see him lift the cup,” Rayyaan says.

The Croatian star who emerged from a war-torn childhood, has inspired many across the world. Says Saket Bhukania, an ardent football fan, “It’s not just about football, Modric’s journey is inspirational for anyone who has dreams and wants to achieve them. He really is a special footballer, who not only performs his best every time he is on the field, but also inspires his teammates to put their best foot forward.”

As humble as a Croatian

While team Croatia put up a splendid performance, it was Croatian President Kolinda Grabar-Kitarovic who stole the show on Sunday. After losing the match, Kolinda put up a brave face and even walked to the presentation podium hand-in-hand with the French president Emmanuel Macron. So impressed were netizens with Kolinda’s beautiful gesture of hugging everyone — from players to coaches to the football referees — that the Internet started buzzing with many requesting a ‘Kolinda hug’.

“That should be the spirit,” quips Shamsuddin, a football fan and founder of Sports Village, Hyderabad, adding, “Sports brings nations and communities together, and that is how it should be. Until the match is on, one should give it his best. But once it is over, the players can relax and hang out with each other.”