Croatian president Kolinda Grabar Kitarovic, clad in a red-and white Croatia soccer shirt, stood on the podium with Russian President Vladimir Putin and French President Emmanuel Macron when the medals were given to the players. (Photo: AP)

Zagreb: Croatian President Kolinda Grabar Kitarovic has won many admirers for own performance at the World Cup final in Moscow, where she stood in driving rain at the closing ceremony, smiled and hugged every player from both teams.

Croatia lost to France 4-2 in a thrilling final on Sunday.

Grabar Kitarovic, clad in a red-and white Croatia soccer shirt, stood on the podium with Russian President Vladimir Putin and French President Emmanuel Macron when the medals were given to the players. 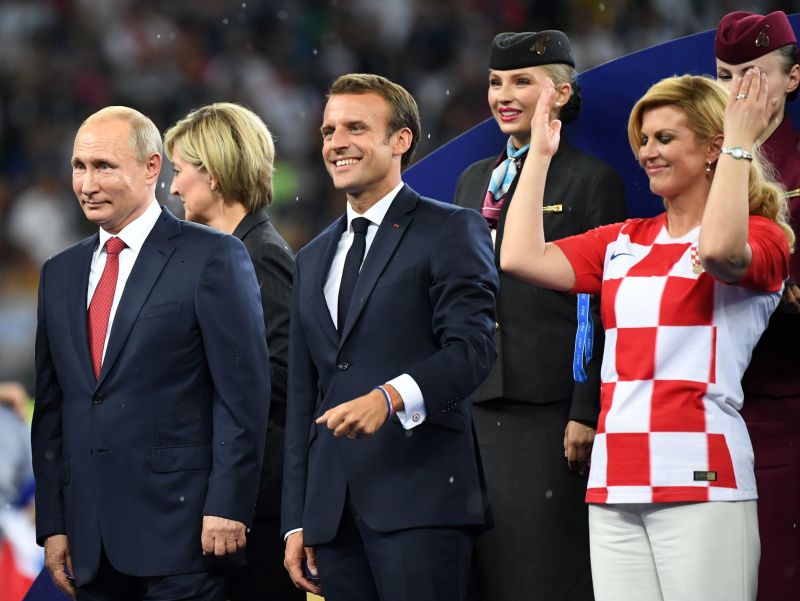 While Putin was handed an umbrella, she stood soaked but smiling in the heavy rain, clearly delighted by Croatia’s brave showing. Aides eventually found her an umbrella. 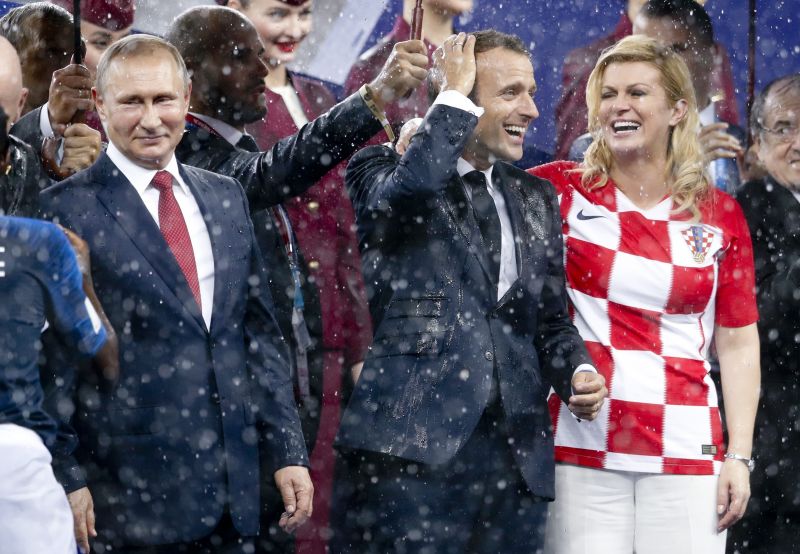 “Best scene at the World Cup. Pouring Rain, no umbrella and Kolinda Grabar Kitarovic hugs every single player from Croatia and France, even if Croatia has just lost. That’s pure emotional and so warmly. No politics, only sport! Congrats to both teams!,” a comment on social media said. 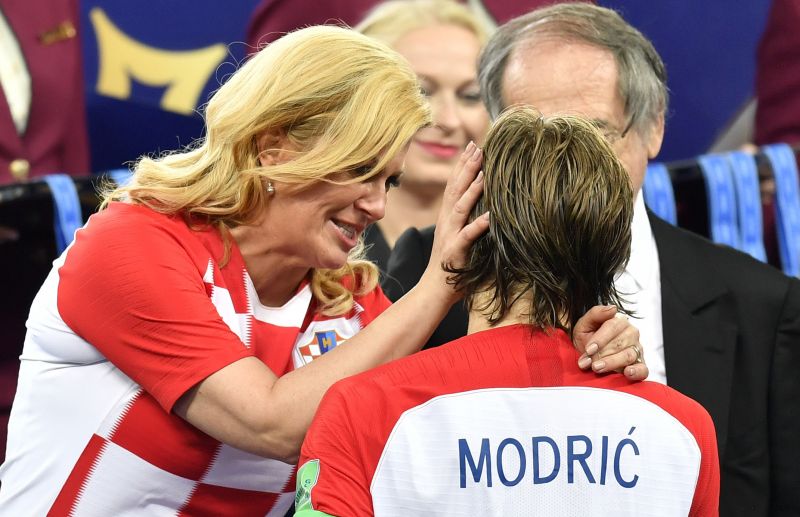 Another one pointed out her graceful demeanour despite Croatia losing the final. 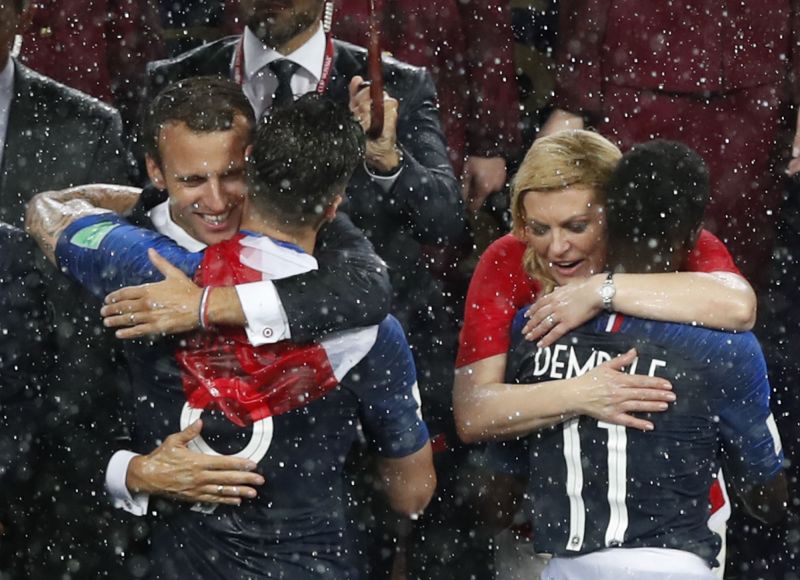 “She made the fans more emotional,” another comment added.

Grabar Kitarovic displayed great passion throughout the tournament, following the team in all the games after the group stage but missing the semi-final against England due to the NATO summit in Brussels. 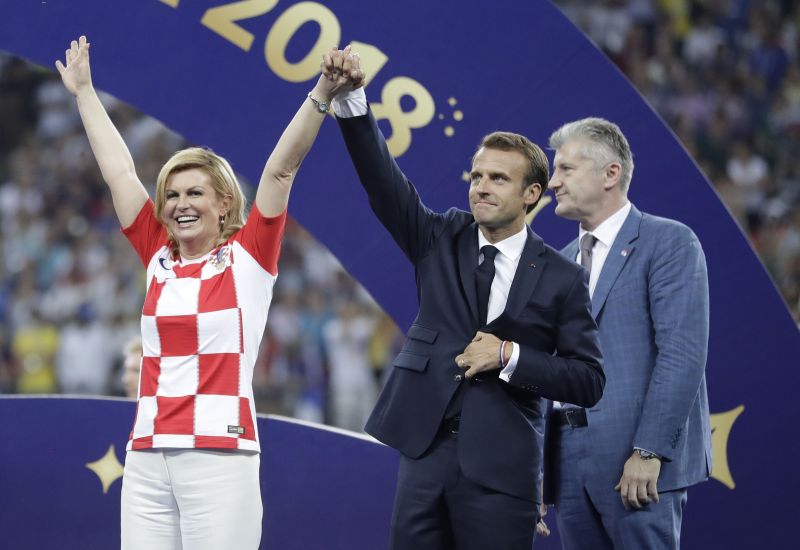 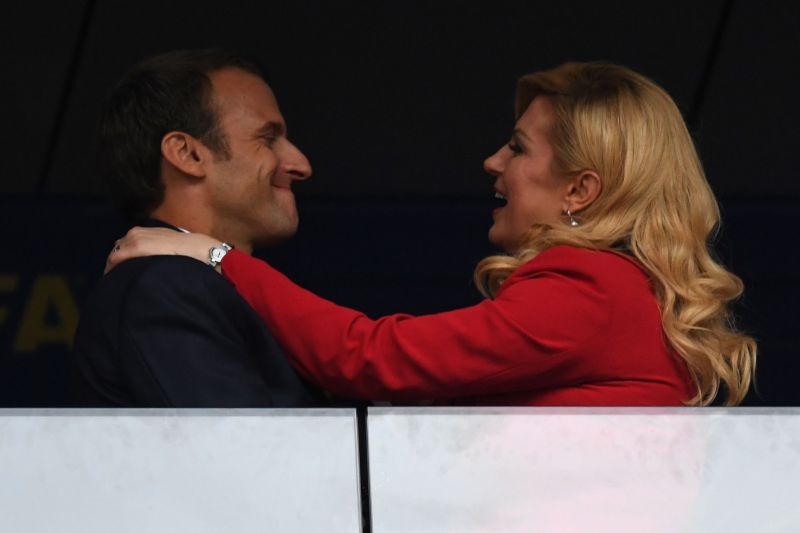 “The Croatian president is coming out of this as the winner. Football shirt, rain, crying, hair ruined, doesn’t give a damn,” was another one among many comments. 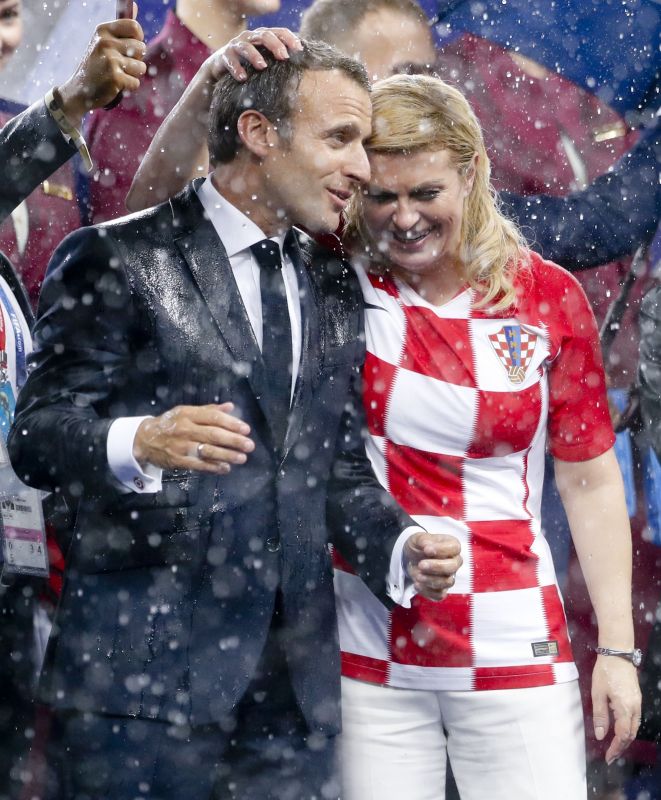 Some also saw a display of a great sporting spirit as she hugged players from both teams: “Loved your gesture and sporting spirit during World Cup final game. You are the true epitome of sportsman spirit. Way to Go!”

Later on Monday, the Croatian capital Zagreb staged a welcome celebration for the soccer team, which achieved the greatest success in the history of Croatian football, surpassing their performance 20 years ago when Croatia won the third place at the World Cup in France.

Maradona pleads for 'Hand of God' to end pandemic