Rotterdam: Feyenoord stunned Manchester United 1-0 in the Europa League on Thursday, handing the English giant a second loss in less than a week.

For Feyenoord, it was just more of the same - Giovanni van Bronckhorst's team has won all five of its Dutch league matches.

The win was not the only surprise on a night that featured the fastest league goal, a stunning comeback, and a shock defeat for a European powerhouse at the hands of a Europa League debutant.

Feyenoord midfielder Tonny Trindade de Vilhena broke the deadlock in a tight Group A match when he side-footed the ball just inside David de Gea's right-hand post in the 79th minute, after running onto a cutback from the right by Nicolai Jorgenson.

As United, playing without first-team regulars Wayne Rooney, Luke Shaw and Antonio Valencia, laid siege to the Feyenoord goal in search of an equalizer, Zlatan Ibrahimovic fired a low free kick through a wall of defenders in injury time, but reserve goalkeeper Brad Jones got down easily to block the effort.

Five days after losing 2-1 to cross-town rival Manchester City, United manager Jose Mourinho complained that Jorgenson was offside when he delivered the cross for Feyenoord's goal.

"In that moment we were pushing and they capitalized because it is exactly at that moment where we lose the game," he said. "We were double unlucky because it's a clear offside." 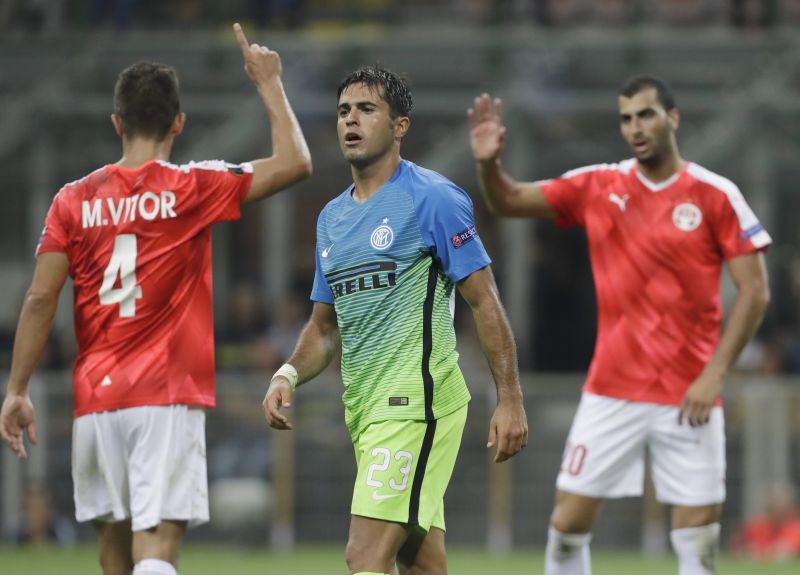 Another Israeli team. Another shock.

But unlike Tel Aviv, Hapoel Beer Sheva was on the right side of a stunning result at the San Siro.

Making its Europa League group stage debut after winning its first Israeli championship last season, Beer Sheva made the most of Inter's faltering start to the season as new coach Frank de Boer seeks to rebuild following a Chinese takeover of the club.

Defender Miguel Vitor couldn't have chosen a better time to score his first goal for Beer Sheva, tapping in from close range to give the visitors the lead in the 54th minute. Maor Buzaglo doubled the lead 15 minutes later, curling in a free kick.

"It's a tough loss," defender Andrea Ranocchia said. "But it's over now and we've got to focus on Juve (on Sunday). We've got to work." 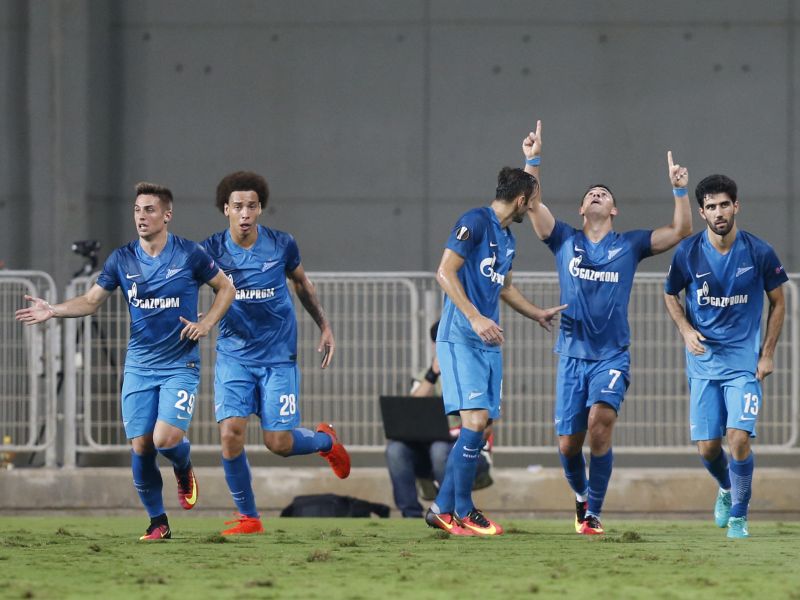 Zenit pulled off a staggering comeback to win from 3-0 down. (Photo: AP)

Zenit pulled off a staggering comeback to win from 3-0 down with less than 15 minutes of regulation time left.

Maccabi looked to be cruising to a routine victory after Haris Medunjanin's brace either side of a goal by Vidar Orn Kjartansson. But Aleksandr Kokorin launched an improbable Zenit comeback with a 77th-minute header and, four minutes later, Maccabi was down to 10 men when defender Eli Dasa was sent off for his second yellow card in two minutes. 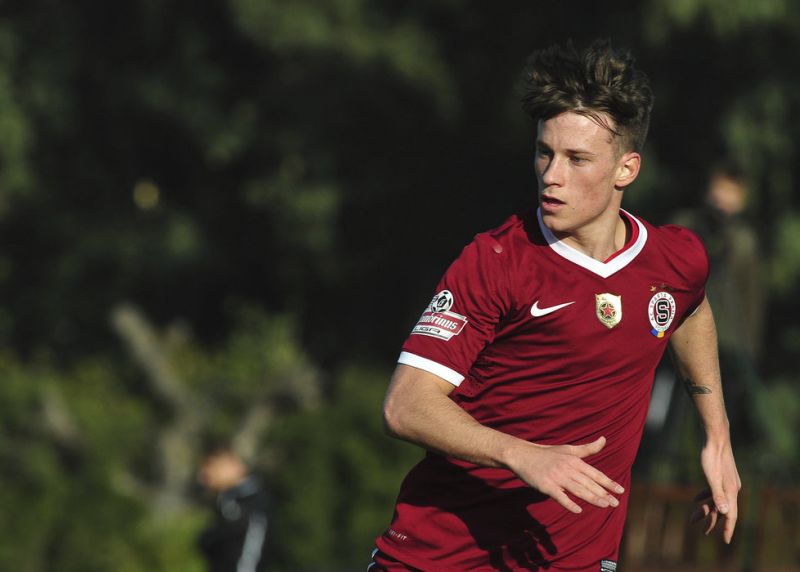 Liberec midfielder Jan Sykora got the league off to a flying start by firing in the competition's fastest ever goal, just 10.69 seconds into their Group J clash with Qarabag in Baku, Azerbaijan.

Qarabag kicked off, Sykora ran onto a loose ball in open space, and slotted a low shot past goalkeeper Ibrahim Sehic from the edge of the penalty area.

Sykora's strike was nearly three seconds quicker than the previous best, set in March last year when Vitolo scored for Sevilla in 13.21 seconds against Villareal.

Feyenoord was not the only Dutch winner. Ajax conceded an early Marcus Berg goal at Panathinaikos, but fought back thanks to a Bertrand Traore first-half strike, and took the lead when Jairo Riedewald fired in the rebound after Luke Steele saved a Davy Klaassen penalty in the 67th minute.

Panathinaikos ended the ill-tempered match with only nine men; Ivan Ivanov and Mubarak Wakaso were sent off in the second half. Ajax midfielder Hakim Ziyech, making his European debut for the Amsterdam club, got his marching orders in the 79th minute.

In Southampton, Charlie Austin scored a first-half brace and Jay Rodriguez guided in a Shane Long cross in injury time as the Saints put their stuttering English Premier League start behind them to comfortably beat Sparta Prague 3-0 in Group K.

Kane confirms he will remain at Tottenham