Amid a horde of scribes and waiting photographers, two-time FIFA Ballon d'Or winner Ronaldinho arrived in the city to grace the inaugural edition of Premier Futsal tournament. (Photo: PTI)

Chennai: Amid a horde of scribes and waiting photographers, two-time FIFA Ballon  d'Or winner Ronaldinho arrived in the city to grace the inaugural edition of Premier Futsal tournament.

The 36-year-old Brazilian great will represent Goa 5's as the franchise's marquee player.

Sporting a casual t-shirt, shorts and studs, the former Barcelona and AC Milan star was swamped by the waiting media as he stepped out of the international airport late last night.

The 2002 World Cup winner looked calm as he obliged the lensmen by posing for photographs, even as the bouncers and police jostled around.

The organisers had arranged for a Rolls Royce to pick up the legendary footballer with league CEO, Abhinandan Balasubraminian present to receive the player.

Chennai International Airport was the place of attention as other renowned footballers Paul Scholes, Ryan Giggs and Hernan Crespo all arrived one by one. 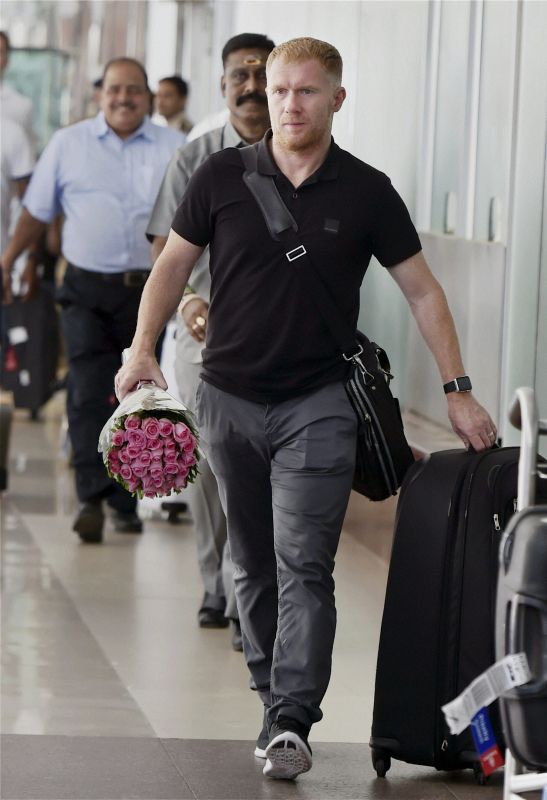 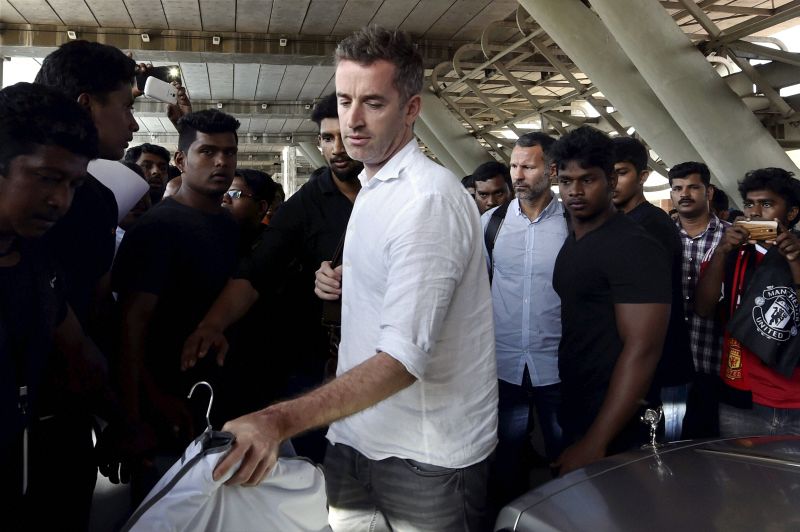 Premier Futsal, a franchise-based international (a form of football being played indoors on a smaller field with five players in a side for 40-minute duration) tournament and promoted by an entity formed by Indian entrepreneurs, has attracted some of the world's well known former football stars.

The inaugural season kicks off here on July 15 and will move to Goa on July 18. The final will take place in Goa on July 24.