But when a Kolkata-based travel agent informed him that his savings — a princely amount of ₹60,000 — are not enough to fund his World Cup trip, he decided the next best thing — paint his entire three-storey building in Argentina colours. (Photo: PTI)

Kolkata: Shib Shankar Patra is one among thousands of die-hard Argentina fans in Kolkata and there’s nothing unusual about it.

But then die-hard fans at times can be weird too and the 53-year-old Patra has that weird streak in him. Trying to garner enough savings from his modest earnings through a tea stall, Patra harboured a dream — to watch ‘The Albiceleste’ live from the stands in Russia. 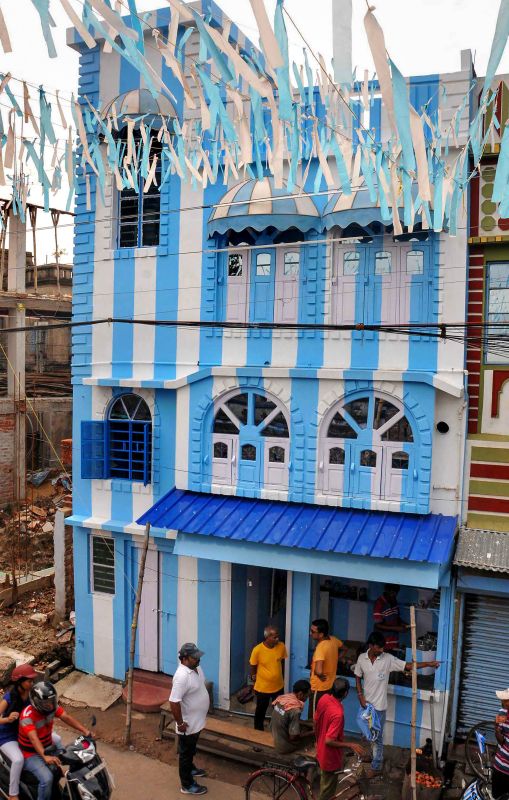 But when a Kolkata-based travel agent informed him that his savings — a princely amount of ₹60,000 — are not enough to fund his World Cup trip, he decided the next best thing — paint his entire three-storey building in Argentina colours.

“I don’t smoke or drink. I have only one addiction and that is Lionel Messi and Argentina. I don’t earn much, but ensure that bulk of my earnings is kept aside for these indulgences when the World Cup comes calling,” Patra, owner of a tea and snack stall in North 24 Parganas’ Nawabganj township, told PTI.

You don’t need a GPS to track Patra’s house once you get down to Ichhapore Railway Station. Ask any cocky teenager or elderly uncle about “Argentina Chaayer Dokan” (Argentina Tea Stall), they will be more than happy to oblige. 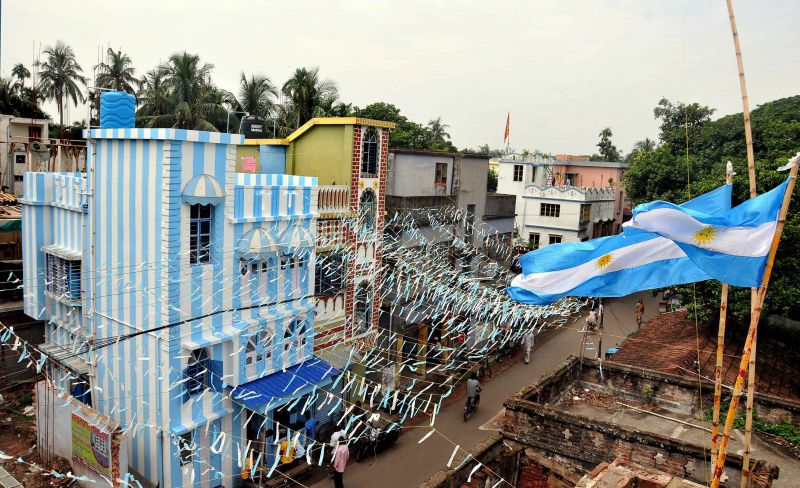 Every four years coinciding with the World Cup, Patra, who runs his tea stall from the ground floor of his three-storey building, gives his building a fresh coat of light blue and white shade. Enter his three-room apartment and the craziness hits you instantly. All the walls are painted in Argentina colour, even the small ‘puja sthal’ . The walls of each room adorns a life-size vinyl flex print poster of Messi. 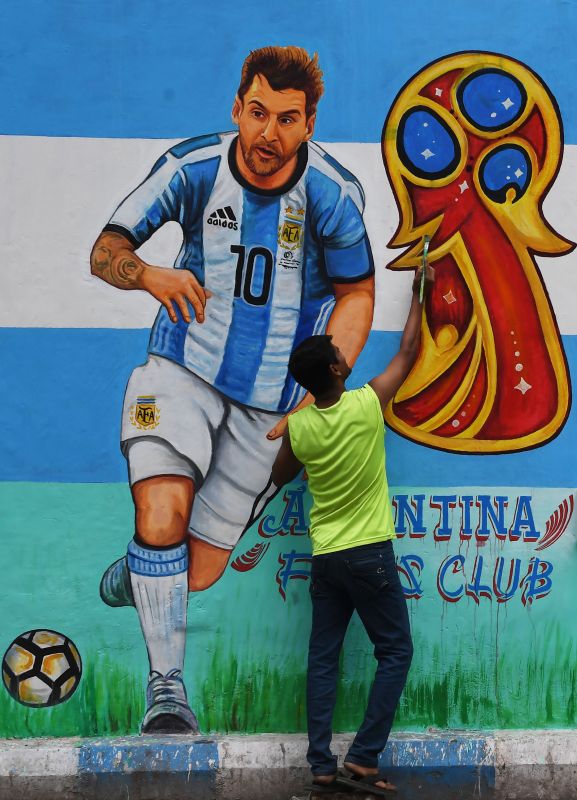 Addiction can be contagious but if it is ‘Messi mania’, Patra doesn’t mind that his wife Swapna along with his children — 20 year-old daughter Neha and 10-year-old son Shubham — are equally mad about the fleet footed genius.

There is one common thread to all Argentina fans in Bengal. The 1986 World Cup, which was aired live on Doordarshan, turned Kolkatans into ‘Maradona devotees. Messi is an extension of Maradona.

“I have watched the Argentina friendly at the Salt Lake Stadium. I lived a dream that day,” Patra recollected.

Since 2012, the Patra family celebrates every Messi birthday with fanfare like cutting cake to organsing blood donation camp. And it goes without saying that tea and samosas are complimentary on all Argentina match days. 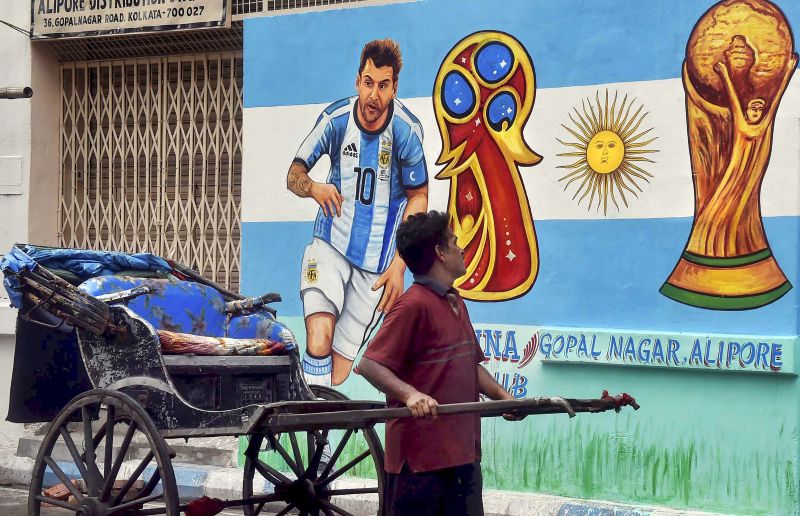 With Messi’s birthday coinciding with the World Cup, they have cancelled the blood donation camp, which is held every year. Instead a 30-pound cake will be cut and 100 Argentina jerseys will be distributed among local kids with Messi’s photograph embossed.

Even there will be prayers for Messi with the priest of the local Hanuman temple — his regular client — offering special prayers for the Argentine wizard.

“He gets me the ‘sindoor’ from Hanuman’s left leg (the connection is Messi being a left-footed player) and the vermilion is applied to Messi’s poster during every match. We hope he lifts the Cup this time,” Patra signed off.