Navi Mumbai: 2-1 down to New Zealand at the half-time break, Paraguay on Monday found themselves a new hero in Anibal Vega whose brace secured the South American side a spot in the knockout stages of the FIFA U-17 World Cup.

Not even part of the starting eleven, Vega’s introduction in the second half worked wonders for coach Gustavo Morinigo, as the forward linked up well on two occasions with Leonardo Sanchez to take the game away from the All Whites, securing a 4-2 win at the full-time whistle. 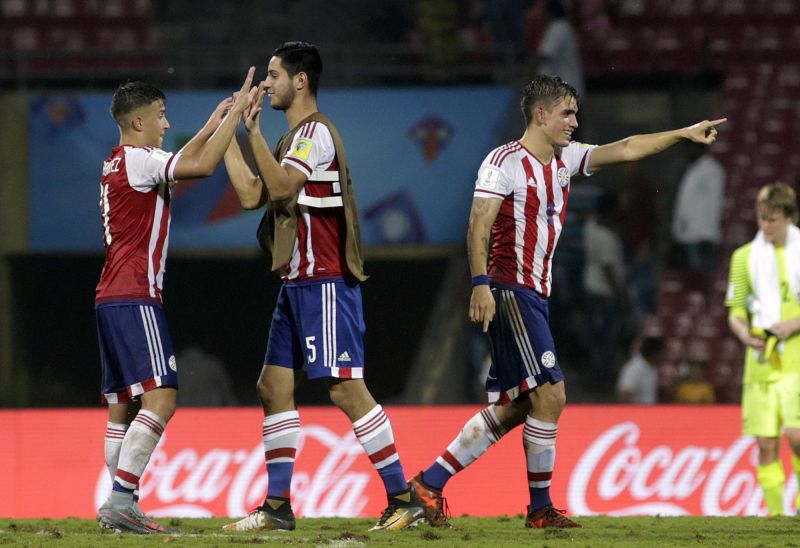 The last one to arrive from the dressing room celebrations, the super sub took a few minutes to interact with a few odd journalists waiting to hear from the man of the moment.

The red and whites were caught up in a similar situation in the previous encounter against Mali, heading for a draw before they struck a last-gasp winner in stoppage time. The forward credited his team’s fightback and determination.

“It was difficult to come back from 2 goals down, but I have to congratulate our team because it was a collective effort. We always kept the faith and had our heads up. That’s how we got the result,” said Vega.

Currently plying his trade for Brasileirão club Palmeiras, the youngster is destined for bigger things, already drawing comparisons to Gabriel Jesus, another gem from the team's youth academy whose now a hot-property for Pep Guardiola at Manchester City.

In case you didn't know why Vega was the last member to arrive from the dressing room, here’s what he and his teammates were busy doing: