Leicester City vs Chelsea FC preview: Kante, Drinkwater return to where it all began

N'golo Kante returns to the King Power Stadium, this time, as a Premier League champions with Chelsea. (Photo: AP)

Leicester: With the International break over, the world of football is all set to get back to the weekly grind of club football, and one of the fixtures to look out for this weekend is the clash between Leicester City and Chelsea FC at the King Power Stadium, on Saturday.

It has not exactly been a great start to the Premier League campaign for both Leicester and Chelsea.

While the Foxes have won one and lost two in their first three Premier League fixtures, Chelsea have had exactly the opposite results so war, winning two key fixtures against Everton and Tottenham Hotspur, while losing the opening game against Burnley. 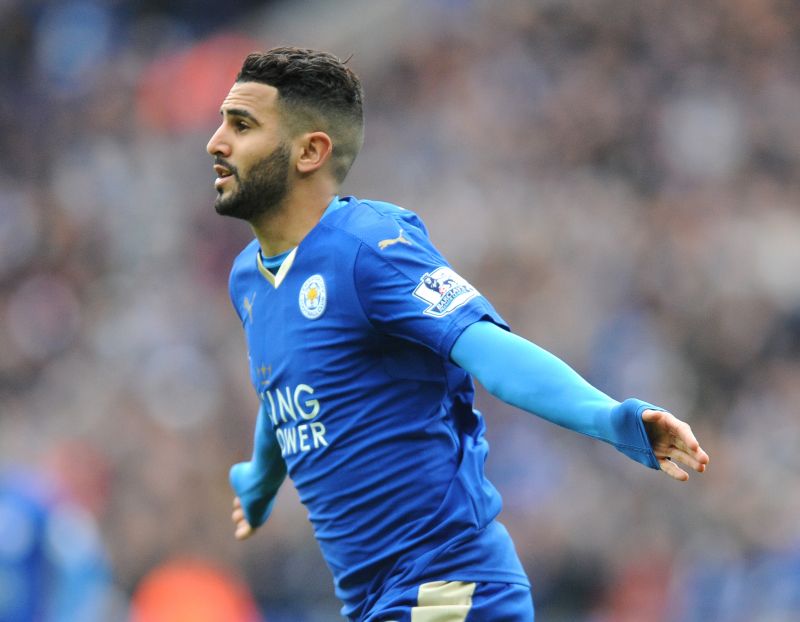 There is good news, and there is bad news for the Foxes at the King Power Stadium.

They will have the services of Riyad Mahrez at their disposal, after the Algerian winger failed to secure a Deadline Day move. On the flip side, Leicester missed the registration deadline for Portuguese midfielder Adrien Silva by 14 seconds, and the €30m signing is next expected to appear for the club only after the January transfer window reopens.

With Robert Huth still a doubtful case, new loanee Aleksandar Dragovic could find himself some game time alongside captain Wes Morgan at centreback. However, Harry Maguire has shown decent form over the last three games and is likely to keep the Austrian international out of the starting XI.

Meanwhile Nigerian forward Kelechi Iheanacho has endured a rather frustrating start to the season, and is unlikely to get a position in the starting XI. Star striker Jamie Vardy and Shinji Okazaki are set to start. 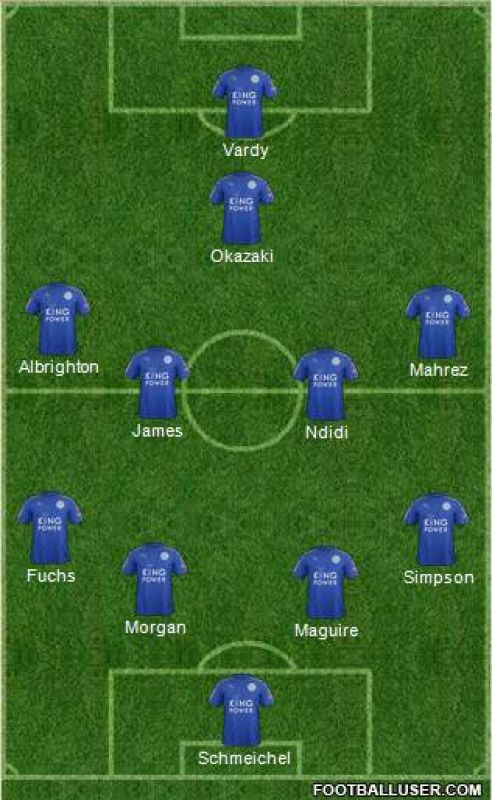 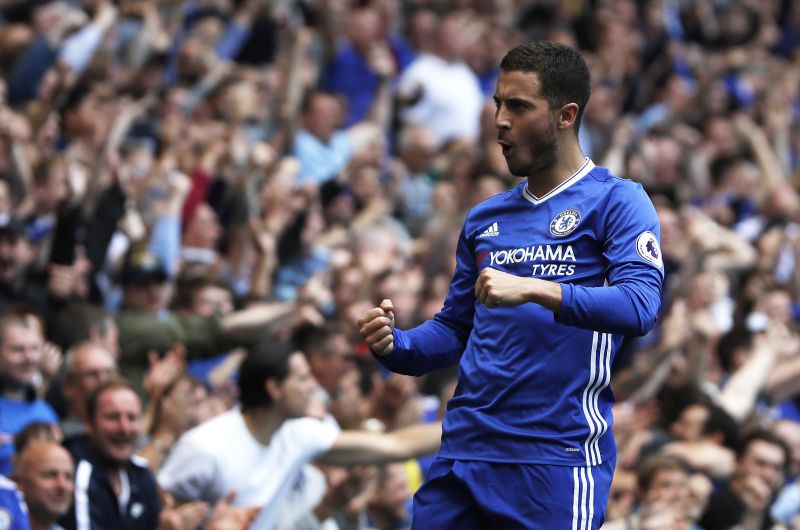 Eden Hazard is back from injury. (Photo: AP)

Eden Hazard is back! Having been ruled out for the first month of the season with an injury, Hazard has now recovered sufficiently to be a part of the matchday squad. However, the Belgian has missed a significant part of pre-season, and lacks match-fitness, which puts some doubt over his inclusion in the starting XI. He could, however, be given a little run-out on the field in the second half.

The defending champions have not had a great transfer window, making signings with a cumulative worth of around £180m.

However, what they have managed to do, is buy quality players in multiple sections of the pitch. Spanish Striker Alvaro Morata is arguably one of the best young strikers in the world right now.

To add to that, he does not seem to be having problems in adjusting to manager Antonio Conte’s system. In fact, he has looked on good form, in the first few games for theBlues, making good runs off the shoulders of opposition defenders, and linking-up with the through balls played by the likes of Cesc Fabregas and Willian, and the crosses from Cesar Azpilicueta and Marcos Alonso.

However, an intriguing prospect is that of midfielder Danny Drinkwater facing his former side in his very first match after securing a move to Chelsea.

With Fabregas set to take charge of midfield alongside N’Golo Kante, it does not look like Drinkwater will get a place in Saturday’s starting XI. However, it will be interesting to see what kind of reception he gets at the King Power Stadium, if Conte decides to bring him on as a substitute. 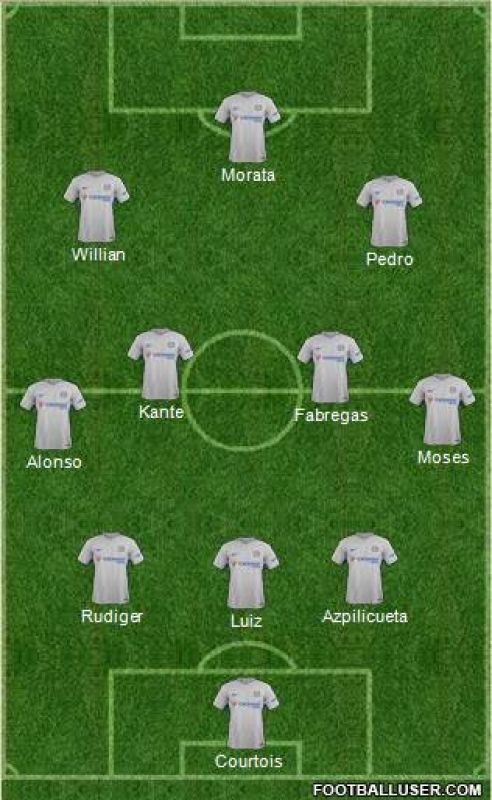 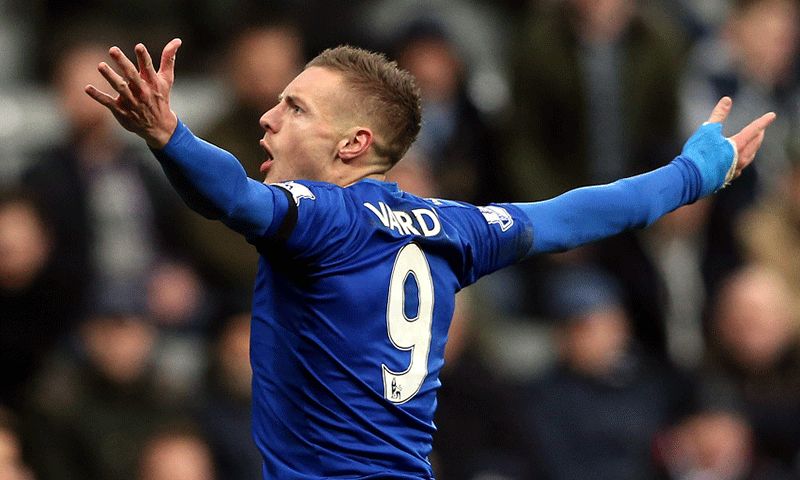 Jamie Vardy will be the key for Leicester City. (Photo: AP)

He is the man for Leicester, right now. With hardly anything seeming to go in their favour, the Foxes will look up to their mercurial striker to conjure-up a goal or two against the defending champions on Saturday. 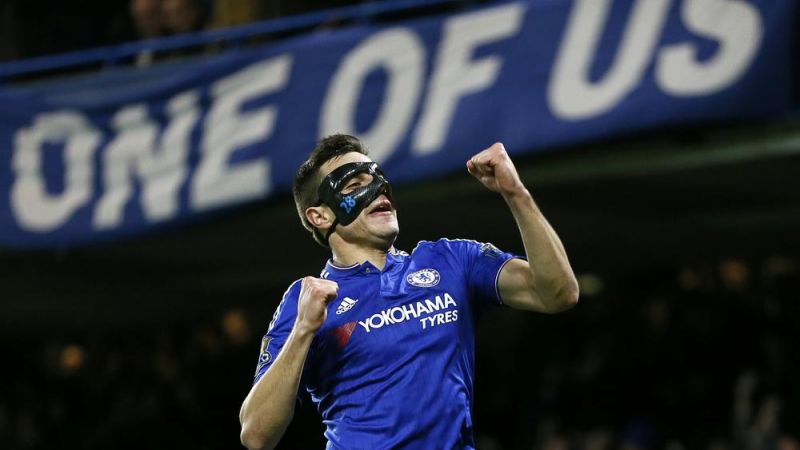 Cesar Azpilicueta offers options both in attack and in defence. (Photo: AP)

The Spaniard is the unsung hero of Chelsea. His solid defending and steady attacking threat makes him one of the most useful players on the pitch. Not only does he operate as a centreback, but Conte’s three-at-the-back system allows him to double-up as a fullback on the overlap, and send in delicious crosses. Striker Morata has shown a propensity to get on the end of crosses inside the box, a combination that could prove lethal for the opposition, if both the players get their respective roles right.

A match after the International break could be a rather tricky affair for either side. Both Chelsea and Leicester could find their fortunes overturned, having lost whatever positive or negative momentum they have built up in the the first three games. On current form, however, it looks as though Craig Shakespeare’s men have their work cut out against Chelsea.