United now join Ajax, Porto and Tottenham in the last eight of the competition. (Photo: AFP)

"That is a disgrace! and UEFA still picks four guys who know nothing about football to review the VAR decision in slow motion... that handball simply doesn't exist! How do you handball behind your back? Ahh," Neymar posted on his Instagram story following the match between PSG and Man Utd. 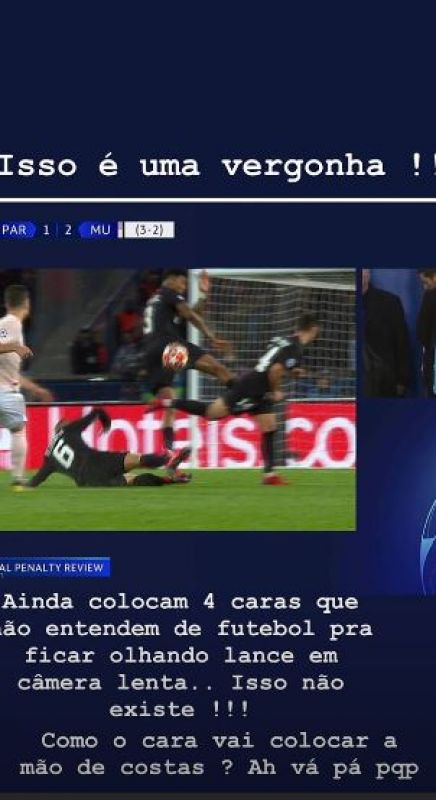 The referees handed the visitors a penalty kick in stoppage-time after a shot by Diago Dalot of Man Utd hit the arm of PSG's Presnel Kimpembe, which prompted a review with VAR.

Marcus Rashford did not make any mistake and he converted the kick on the spot to clinch the victory for Man Utd, eliminating PSG out from the Champions League.

Manchester United suffered a 2-0 loss against PSG in the first leg of the knock out stage and they were tasked an uphill battle to change their fortunes, but the team came up trumps and won the match against PSG 3-1.

It is the first time that a club managed to overturn a 2-0 deficit in the Champions League having played the first leg at home.

United now join Ajax, Porto and Tottenham in the last eight of the competition.