The brunette wrapped her arms around Ronaldo’s neck and he too reciprocated with his hand on her waist. (Photo: Screengrab)

With the Euros approaching near, Portuguese superstar Cristiano Ronaldo decided to soak up the sun in Ibiza on Friday to distress ahead of the main event that will see him leading his country’s football team.

But what made the short trip sizzling was the hot chick who was spotted with CR7. It was only natural that after a strenuous season with Real Madrid, Ronaldo deserved a break but giving him a helping hand was a curvaceous blonde, who danced with him aboard a luxury yacht. 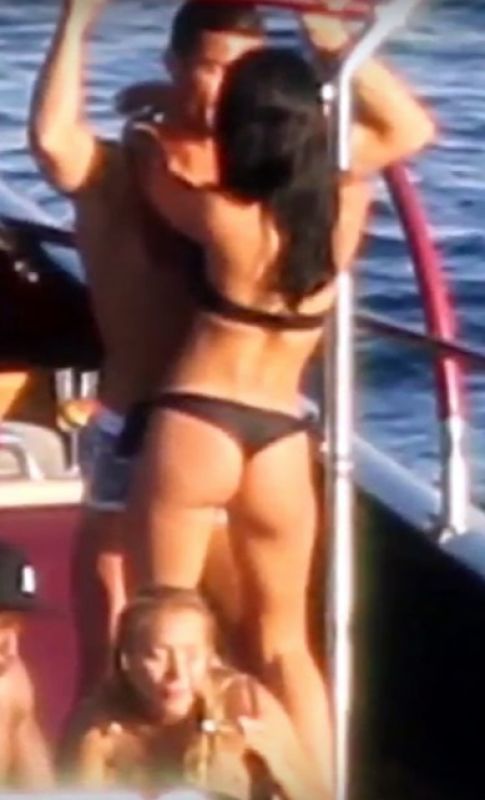 The entire episode was a heated one with Ronaldo and the mystery woman sizzling things up on the yacht. (Photo: Screengrab)

With only striped swimming trunks, the 31-year-old footballer showed off his toned physique. Meanwhile, his partner opted for a skimpy black bikini that showed off her sexy figure. 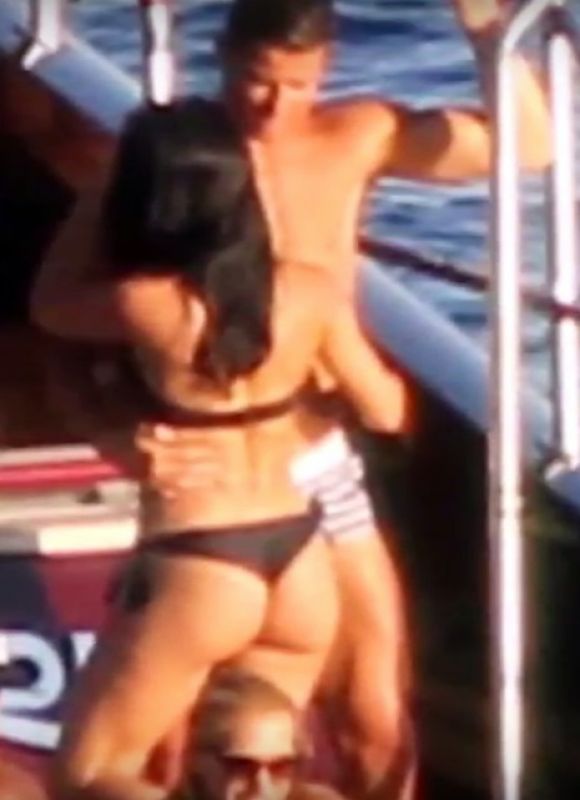 Ronaldo was in the mood for some mischief. (Photo: Screengrab)

The brunette wrapped her arms around Ronaldo’s neck and he too reciprocated with his hand on her waist. The pair seemed to be in good spirits as they enjoyed a sultry dance with the raunchy babe sticking close to Ronaldo. 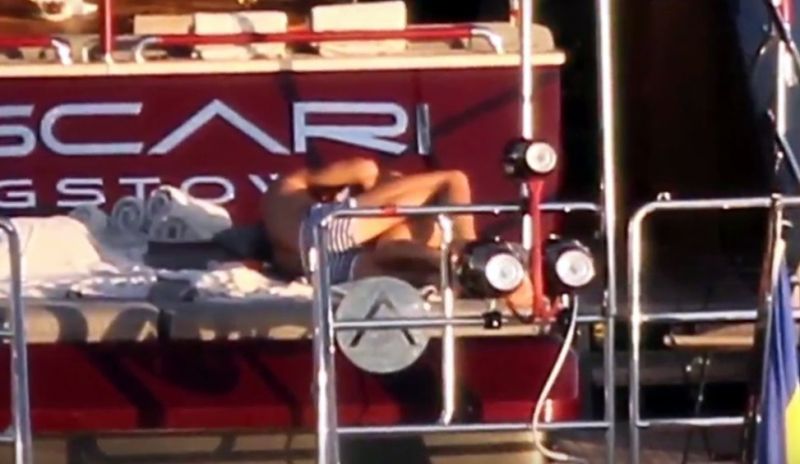 The pair appeared to be enjoying an embrace as they cuddled up on the deck. (Photo: Screengrab)

Ronaldo also enjoyed a dip in the sea where he was seen having a ball with his friends, as he waved his arms in the air beaming broadly.

Amazing dinner with my bros!👌🔝 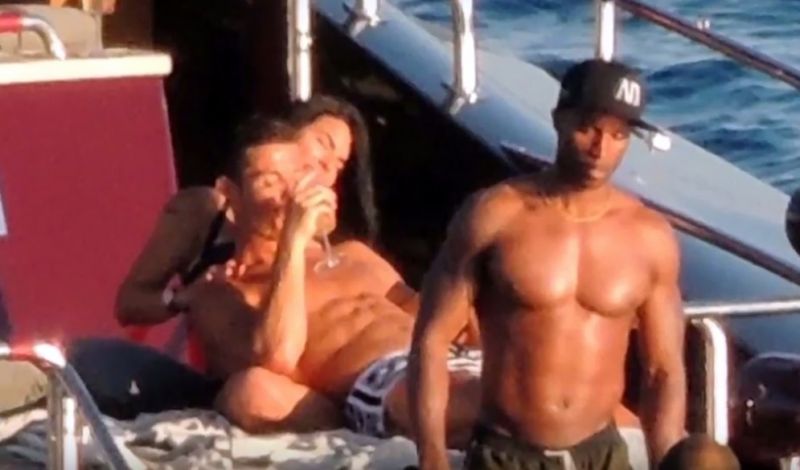 Ronaldo stopped to enjoy a drink before enjoying a massage from his female friend. (Photo: Screengrab)

After he was done with the swim, he was yet again joined by his pretty companion. 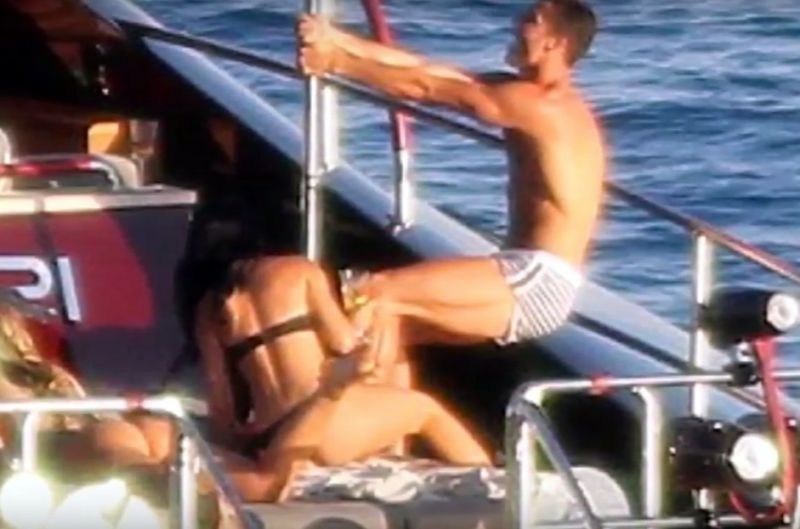 Ronaldo will soon have to jet to France for the UEFA Euro 2016. High hopes have been pined on the talented star. 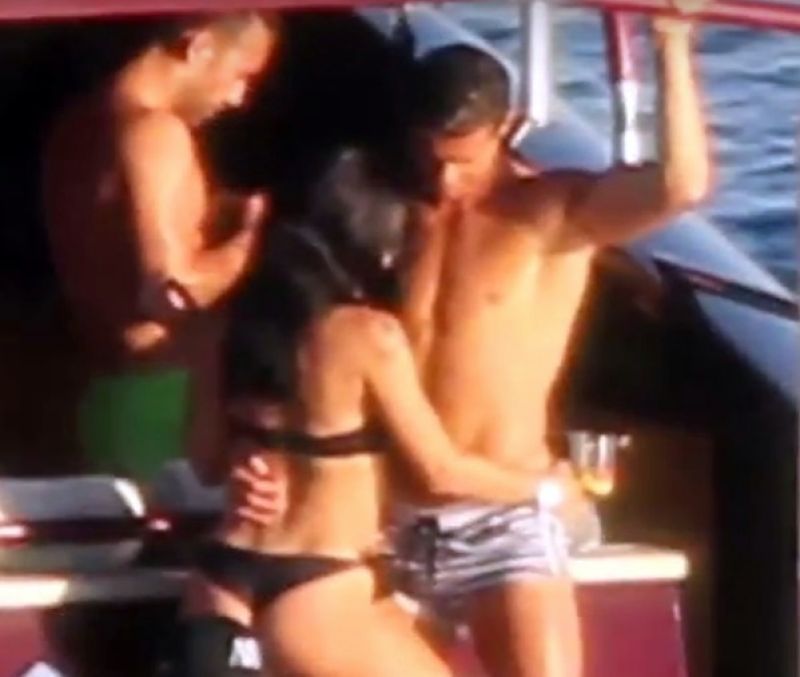 Seemingly helping him to de-stress and unwind ahead of EUFA 2016 Cristiano Ronaldo enjoyed the company of a curvaceous brunette, who danced with him aboard a luxury yacht in Ibiza on Friday. (Photo: Screengrab) 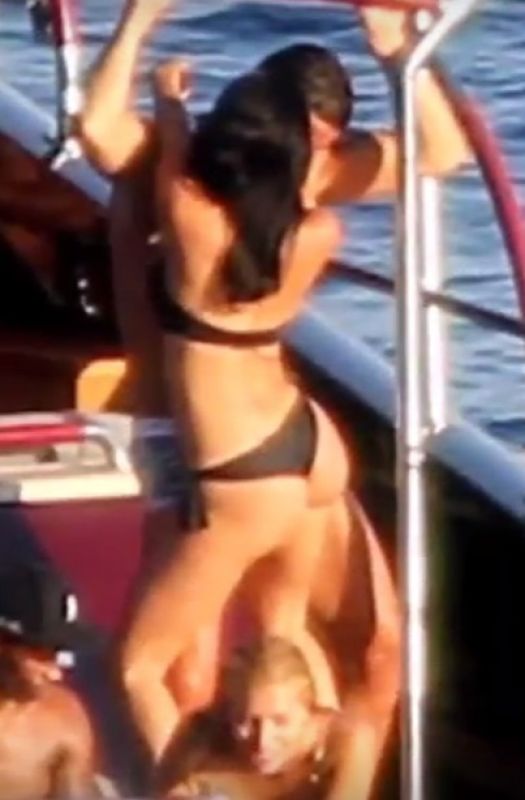 After ending up on a 1-1 draw, the match went down to a penalty shootout, which saw Los Blancos (Real) seal the win thanks to Ronaldo’s textbook fifth spot-kick. 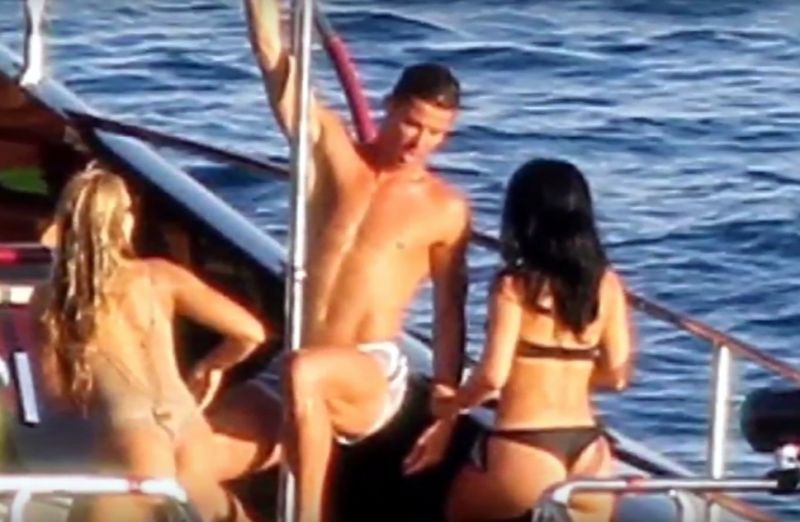 The footballer showed off his playful side as he hung from a pole on the yacht. (Photo: Screengrab)

In their pool, Portugal will face Iceland, Austria and Hungary, with their first game against the Nordic island nation on June 14 at Saint-Etienne's Stade Geoffroy-Guichard. 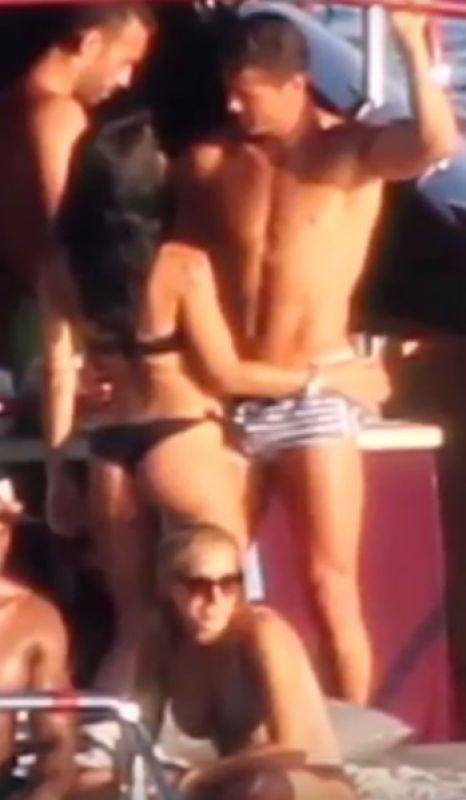 The pretty brunette placed a hand on the footballer's thigh as she cuddled up to him. (Photo: Screengrab) 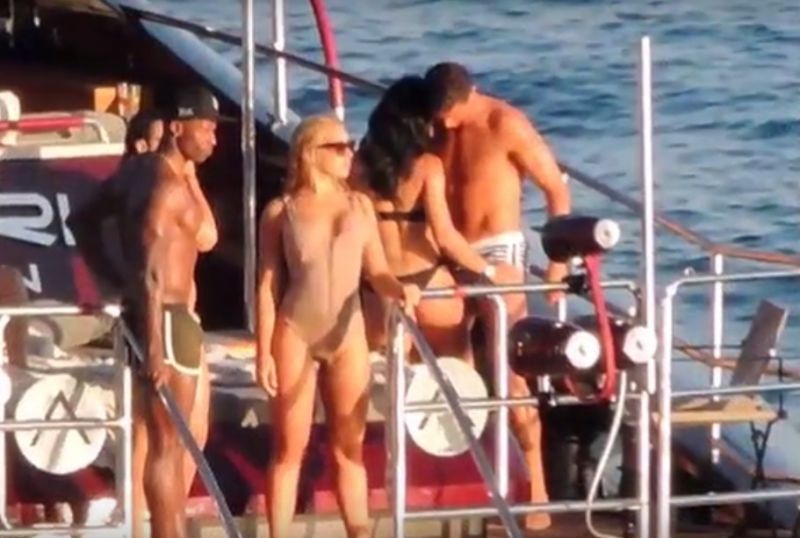 The Portugese player wrapped an arm around her waist as they leant in for a hug. (Photo: Screengrab)