Figo hopes for another Ronaldo, pits Portugal favourites at Euro 2016

Mumbai: Portuguese football legend and winner of the prestigious Ballon d’Or in 2000, Luis Figo was a chevalier during his heydays. Regarded as one of the greatest wingers of his time, Figo recorded 127 caps for the Portugal national team.

Seven years since he announced his retirement on May 31 2009, the 43-year-old has still retained his charisma which he possessed on the pitch.

Hailing from the land of today’s heartthrob Cristiano Ronaldo, Figo, who had a successful career decorated with several trophy wins, hopes his country can produce another CR7.

On another Cristiano Ronaldo

We hope someone comes after Ronaldo as a reference for youngsters because we always produce fantastic talents,” Figo, who also had the same jersey number 7 for Portugal, said here on Tuesday during the sidelines of the launch of Premier Futsal. 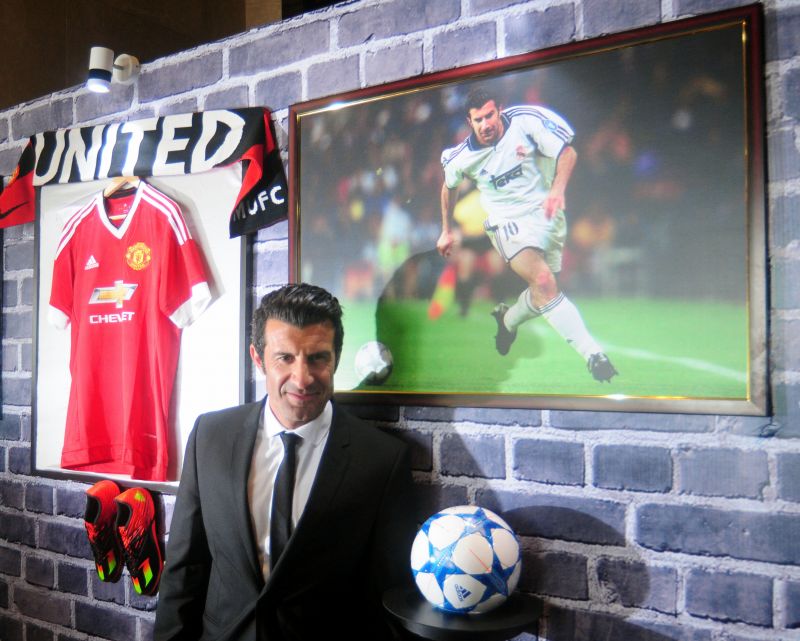 Figo announced the introduction of the sport, a first-ever multi-national Futsal league conceptualised by Indian entrepreneurs.

Futsal, a 5-a-side shorter variant of soccer with two halves of 20 minutes each, is governed by Futsal Association of India (FAI) with accreditation from the international governing body, Asociación Mundial de Futsal (AMF).

The franchise-based league will be played across eight cities in India from July 15th to July 24th 2016.

Take away the football jersey and shorts and Figo looked elegant with a suit as he arrived India on a business venture. He discussed about European football and chances Portugal have in upcoming Euro 2016 that kicks off on June 10.

Portugal are sitting comfortable in Group F along with Iceland, Hungary and Austria. Figo understands Cristiano will be under pressure but is confident the Real Madrid sensation will pull it off.

On Portugal's chances at Euro 2016

Portugal always has a chance to do better than the last editions. If you are the most important player then of course there is pressure. I think he can manage it because all his life he has been playing at a high level. He is used to playing every game where he has to give his best, where you have to score and be the difference,” he said. 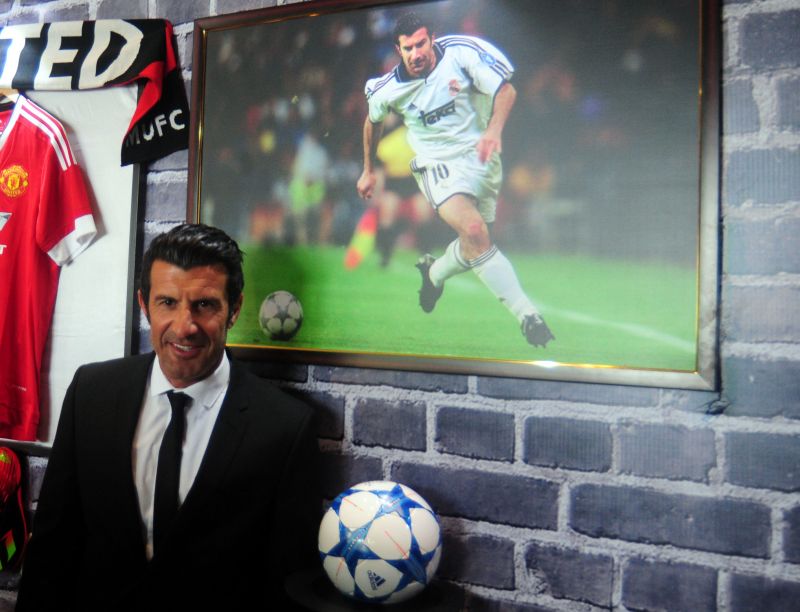 We have a lot of hopes to do well in Euros and achieve a good position. If Ronaldo’s going to do it or not you never know because in football you can never guess what’s going to happen. I think we have a good team theoretically. If we look at our group I think we can make it to the knockouts and then anything can happen,” Figo added.

CR7 made headlines recently after he scored a match-winning goal late in El Clasico, breaking a 1–1 tie and giving Real Madrid a 2-1 win over rival Barcelona. The goal is Ronaldo's 29th in La Liga play and 16th career against Barcelona in El Clasico.

Former Real Madrid star Figo, and one who is also known for his infamous controversial transfer in 2000 from Barcelona to bitter rivals Madrid, is quite convinced the defeat against the Galaticos won’t hamper the boys from Camp Nou in their bid to retain the Champions League title.

Great pleasure to meet @imVkohli the most loved sportsman in India 👍 pic.twitter.com/jYqw8ghxBx

For me Bayern, Real and Barca are the favourites to win Champions title because they have experience and the history to win in Champions League. In some games some things happen and all that helps you in that moment to achieve or to pass some knockouts. But anything can happen. They are the best teams right now. There can be surprises but these are my favourites,” Figo, whose transfer to Santiago Bernabéu set a world record fee of £37 million, said.

Figo made 106 assists in La Liga, the second most in La Liga history, behind Lionel Messi. The soccer prodigy also shares a good rapport with top coach Jose Mourinho and believes the energetic tutor can become the national coach of Portugal.

Mourinho was axed as Stamford Bridge boss after the Premier League champions were left in 16th place after 16 matches of the 2015-16 season - just one point clear of the bottom three.

Jose is a top coach and one of the best. So if he is going to have success or no, I can’t guess. But with his quality he can. He has showed in the past that he can with teams. I am sure one day he will coach the Portugal national team but that depends on the moment if the job is free or not,” Figo, who finished his playing career under Mourinho at Inter asserted. 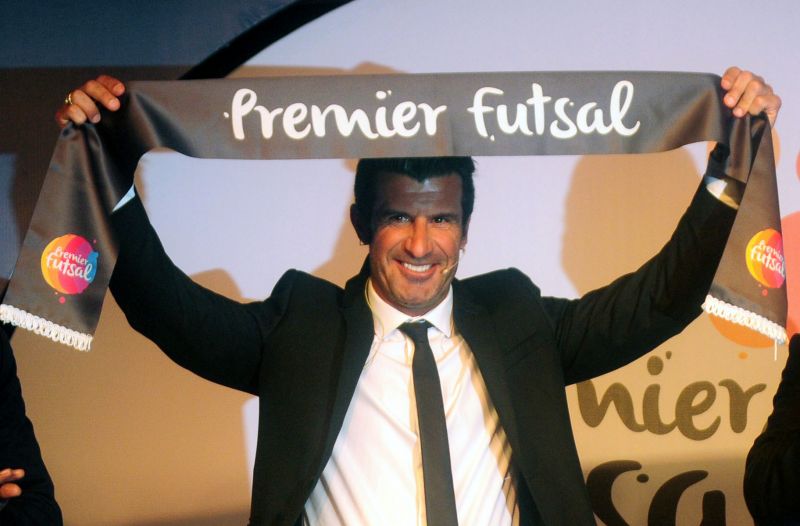 Luis Figo was also presented a scarf while the logo of Premier Futsal was unveiled. (Photo: Debasish Dey/DC)

Ever since he hung his boots, Figo has launched scores of academies. He teamed up with a Chinese sports events company to launch the Winning League Luis Figo Football Academy in 14 training centres across China last year.

Stepping foot on Indian soil, Figo, who grew up playing football on the streets, has done his homework about the sport in the sub-continent.

I know everything about the new super league (Indian Super League). I have friends who played with me in Inter and Real who are involved here and other players. I didn’t know about futsal but now I have been updated about it,” he quipped.

However, coaching at the moment is an area he doesn’t want to delve into right now.

I don’t have the license to coach. I am not thinking about coaching. But in life everything changes. So right now, since I have retired form professional football, I don't want to follow that path,” he said.

He expressed his regret after withdrawing from world football governing body FIFA's presidential race but is happy with newly-elected chief Gianni Infantino.

In that moment with my press release, I said I didn't have any chance to win in a democratic way. So I announced to leave, it was not that someone was telling me. The facts and things that happened on the day of the Congress, I saw that I did not have any chance. But I regret it now," Figo said.

"I have hope on him (Infantino) because he is the person who I support. He was the one who helped me when I was a candidate at that time. So we share ideas what the organisation needs to get back the credibility. So I hope he can change everything," Figo signed off.

Indian cricket team's tour to Australia in a quandary

Played one of my biggest matches under Banerjee, says Bhaichung Bhutia