The couple - Lionel Messi and Antonella Roccuzzo - met as children. He moved to Spain when he was 13 to join FC Barcelona, but they kept in touch. (Photo: AP)

Rosario: Football and showbiz stars gathered on Friday for the celebrity "wedding of the century" in Barcelona superstar Lionel Messi's Argentine hometown as he prepared to marry his childhood sweetheart Antonella Roccuzzo.

Pop star Shakira and her husband, Messi's teammate Gerard Pique, were expected among the 260 guests, according to sources close to the event and local media, which dubbed it the biggest wedding in decades in the city of Rosario.

They will join old friends of the couple and footballers including his Barcelona strike partners Neymar and Luis Suarez. 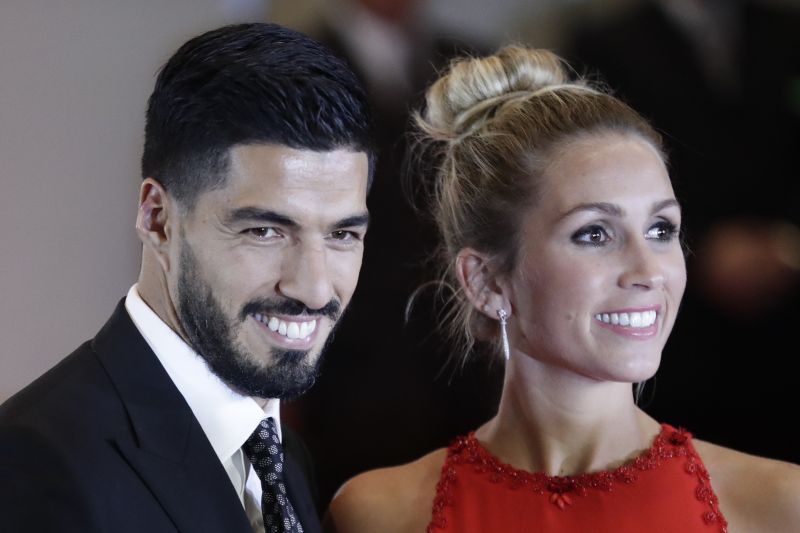 Suarez and other soccer stars were watched by curious locals as they stepped off private jets on Thursday in the northern port city where the couple met as children. 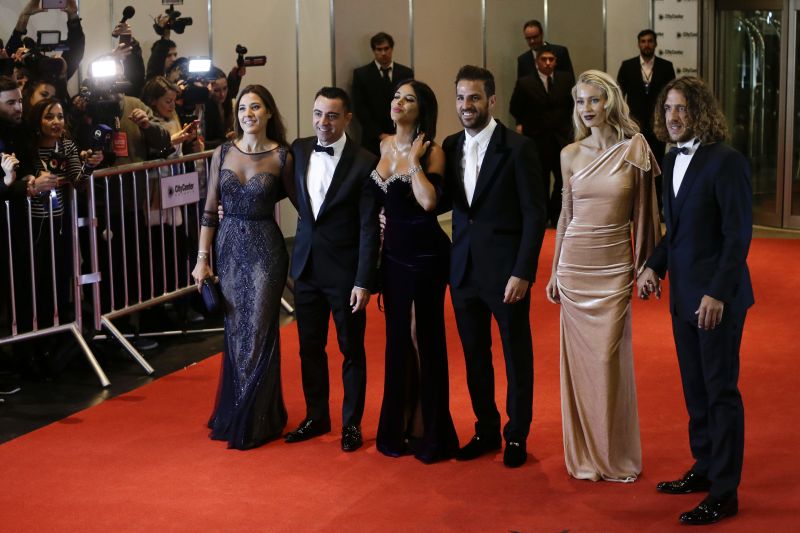 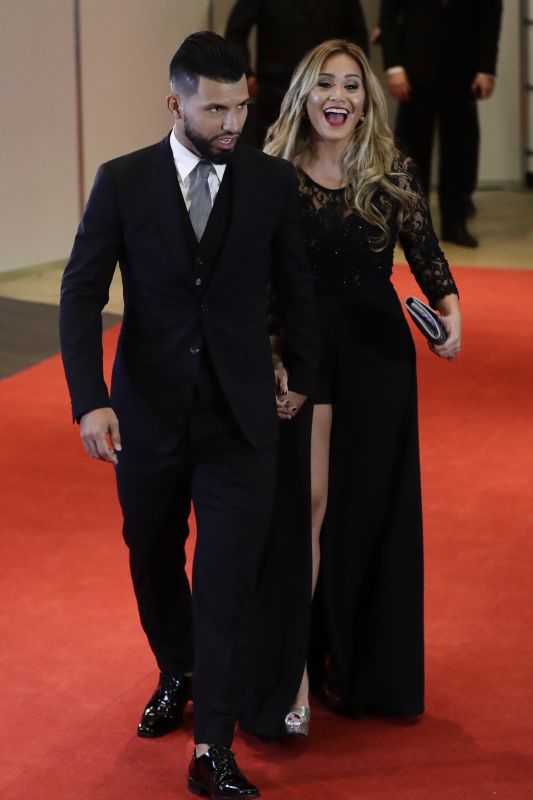 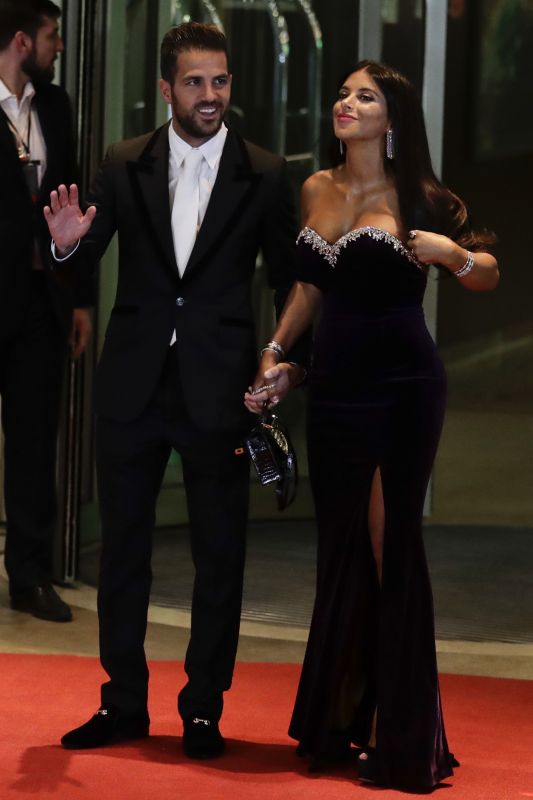 The public relations company organising the event warned in a statement that the ceremony will be "strictly private."

Television crews and reporters gathered at the wedding venue hoping for a glimpse of the couple or at least some of their guests.

The party will be a respite for Messi from his legal woes. A Spanish court last month rejected his appeal against a conviction for tax fraud. 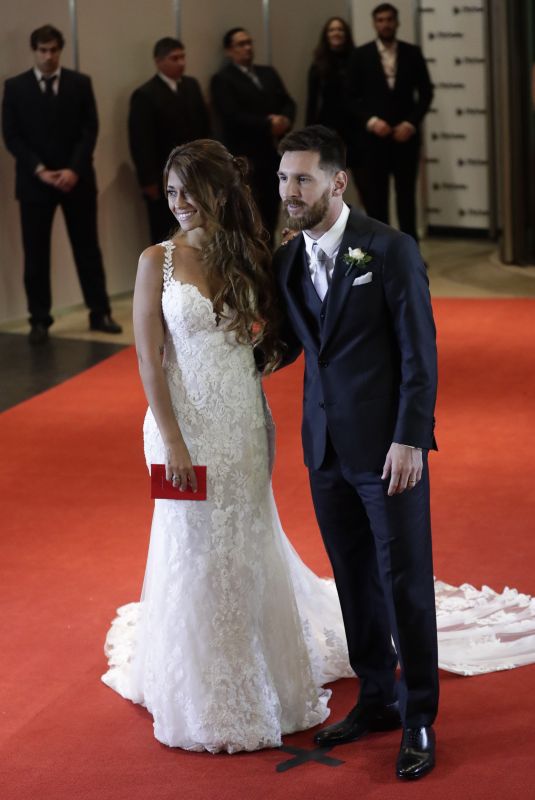 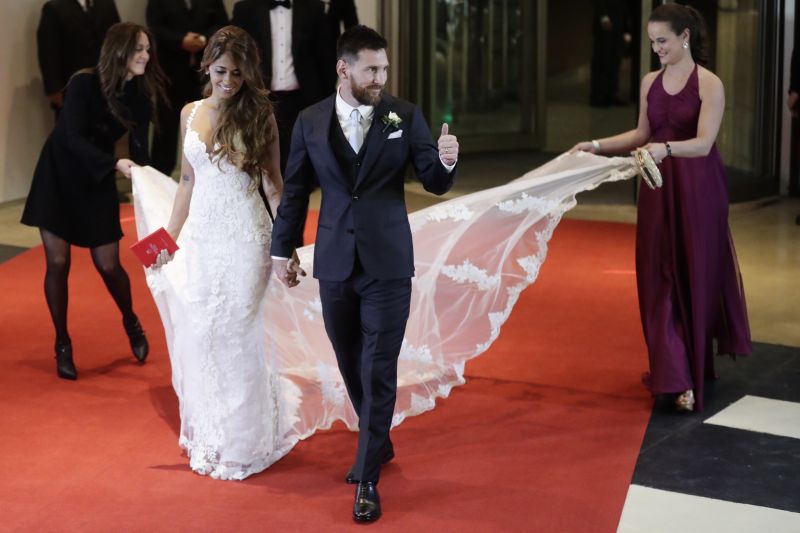 Brunette bride Roccuzzo, 29, will wear a dress by Rosa Clara -- a Spanish designer who has dressed actress Eva Longoria and Spain's Queen Letizia.

The wedding is scheduled at 2200 GMT in the City Center casino, which stands right next to a crime-ridden slum run by drug gangs.

The civil wedding ceremony and party will all take place inside the venue, and the guests will be lodged there too.

Messi, 30, has reportedly asked chefs to cook Argentine delicacies such as roast gizzards and sausages.

Uruguayan pop bands Rombai and Marama plus singer Karina, Aguero's wife, will perform at the reception.

It is not known whether the guests will also get a song from Shakira, the Colombian diva famous for "Hips Don't Lie" and "Whenever, Wherever."

Organisers say 157 journalists have been accredited to cover the bash, but have been warned they will have no access to guests.

Security will be handled by a private team of Israeli specialists used by Messi for all his excursions. 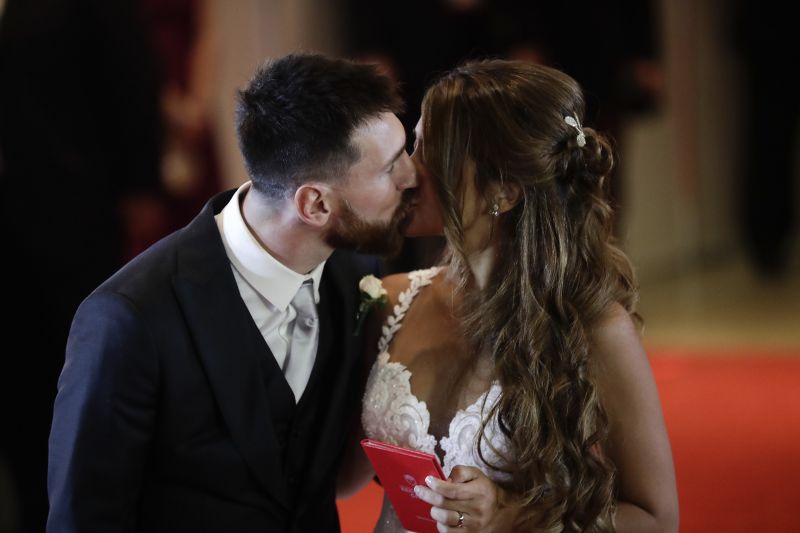 Messi and Roccuzzo live in Barcelona where he plays, but still return regularly to Rosario for vacations.

The couple met as children. He moved to Spain when he was 13 to join FC Barcelona, but they kept in touch.

"They are the love of each other's lives," Messi's childhood friend Diego Vallejos told AFP.

The couple have reportedly spent the past two weeks in Rosario with family, but have kept out of sight of reporters who have invaded the city.

Rumors circulated of bachelor and bachelorette parties, but the only evidence that emerged was a photo, posted by ex-Barca goalkeeper Jose Pinto, of Messi enjoying a barbecue with a few friends.

Some friends of Roccuzzo have shared pictures of her relaxing with relatives.

On the eve of the wedding, a festive atmosphere reigned in the Las Heras neighborhood where Messi grew up.

"I wish good luck to Leo and Anto, who is just as simple and nice as him."

Indian football team's camp to return to Kolkata after 15 years