After he broke down, Steve Smith earned sympathy not only from fans but also from the likes of Gautam Gambhir, Kevin Pietersen, Michael Vaughan and Shoaib Akhtar.

While Steve Smith earned sympathy from people across the world after breaking down publicly during a press conference, many others, including the British media declared him a crybaby. The former Australian cricket captain simply couldn’t control his tears while talking about letting his father and fans down in an emotional speech.  Not just Smith, the alleged mastermind of the ball-tampering fiasco, David Warner too was teary-eyed when he was leaving the airport. Former Australian cricket coach Darren Lehmann and cricketer Cameron Bancroft also couldn’t hold their tears back. One wonders if they are crying for sympathy.

Smith, who was criticised and trolled heavily by everyone just a day before the tearful conference, gained support from fans and celebrities. Gautam Gambhir said, “I may be getting emotional but Steve Smith doesn’t look to be a cheat. I see in him a desperate leader trying to win a Test match for his country, his team. Yes, his methods were questionable, but let’s not label him corrupt.” The Indian cricketer added on Twitter, “Feel sorry for Steve Smith’s dad and other family members. Hope media and Aussie public go easy on them as families can be soft targets. More than the ban, living with this feeling of being called a cheat is a bigger punishment.”

Gambhir went on to say that the ban was harsh and questioned if the players are paying for revolting against the pay hike. Michael Vaughan, Kevin Pietersen, Shoaib Akhtar, Sanjay Manjrekar, Varun Dhawan and Michael Clarke were among many others who also supported Smith. David Warner, who has a huge fan following in Hyderabad after leading the Sunrisers Hyderabad to victory in IPL, also received support from fans.  Dr Phil Jauncey, sports psychologist, who has worked with the Australian players in the past, says, “I have never worked with Steve Smith and thus, have no information about his state of mind. He obviously regrets his “crime” and should be allowed to move on. I did know Boof (Lehmann) when he was in the Test side and when he was the Queensland coach, but have not worked with him since he became the Australian coach. Hence, I cannot elaborate any more on the subject.”

In the past, cricketers Kapil Dev, Sreesanth and Hansie Cronje also broke down when they were accused of match-fixing, earning sympathy as a result. It was only Mohammad Azharuddin who stayed defiant when he was accused of match-fixing and ended up being slammed even more. Ewie Cronje, father of the late Hansie Cronje, says, “Steven Smith should be pardoned. But not David Warner, the main culprit who plotted the ball tampering plan. Smith has rightly gained sympathy. He should not have been banned.” 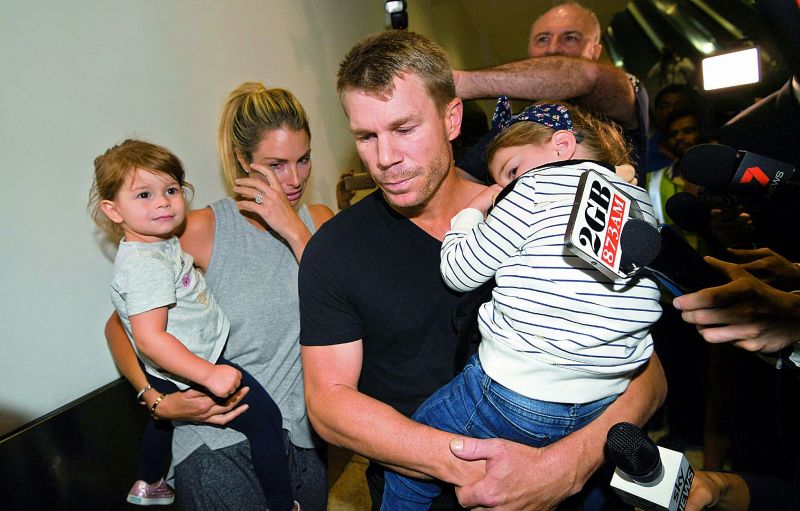 david warner looks teary-eyed, while his wife Candice broke down at the airport.

So, is seeking forgiveness a way to absolve one’s wrongdoings? Says Dr Rudi Webster, sports psychologist, “The three Australian players made a terrible mistake and have received harsh punishments. Let’s hope that in time, they are forgiven and allowed to express their unique talents again. They made a mistake that they will never forget and it will take them a long time to get over it.” He adds, “There has been a dramatic change in the values that made cricket so special in the old days. Cheating has become commonplace as long as you don’t get caught. There is also too much nastiness on the field. Instead of using the bat and the ball to pressurise opponents, players are indulging in personal insults. The authorities have done little to prevent those verbal and sometimes physical assaults. Cricket is no longer a gentleman’s game. It’s time for an honest and thorough self-examination.” 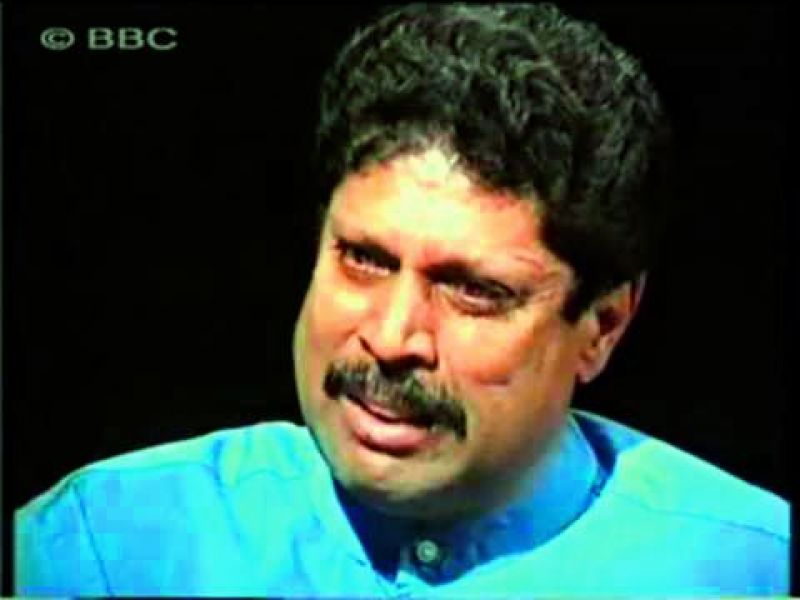 Shobhaa De, however, slammed Smith, saying, “Cricket means never having to say you’re sorry. Sorry, crybaby Steve Smith.” Former cricketer Ajit Wadekar agrees, “Smith and the two other players should not be forgiven. No doubt they play very hard, but cheating is in their blood and they want to win by hook or crook. If they are forgiven immediately, they would again adopt some new illegal method.” Former cricketer Kirti Azad also feels that the ban is justified. “Smith should have been banned for life, as he brought disrepute to the game. So, even if he appeals for forgiveness, it should not be granted. Kapil Dev also cried in front of the camera when his name figured in the match-fixing scandal, but no evidence was found against him. Smith has admitted to his crime and therefore, deserves no forgiveness.”

Kevin Pietersen: Just seen @stevesmith49’s press conference. As a parent, I’m gutted for him & his family! Shout me down if you want, but I’m speaking as a parent! It will get better mate!

Michael Vaughan: ‘Good people make mistakes’ .. I honestly think Steve Smith & Cam Bancroft are decent guys who had a moment of madness ... they deserve a 2nd chance and hopefully get the right support around them now... Takes a lot guts to do what they did today.

Sanjay Manjrekar: Hope in time I can earn forgiveness says Steve Smith. He has already got mine. Cricketers have done worse & never admitted their guilt.

Gautam Gambhir: I may be getting emotional but Steve Smith doesn’t look to me a cheat. Don’t know about you but I see in him a desperate leader trying to win a Test match for his country, his team. Yes, indeed, his methods were questionable but let’s not label him corrupt.

Shoaib Akhtar: At least Steve smith has the courage to admit like a man but absolutely gutted to see him breaking down. Also they way people treating him @ Airport & in Australia its sad

Sachin Tendulkar: They are regretting and hurting and will have to live with the consequences of their act. Spare a thought for their families as they have much to endure along with the players. Time for all of us to take a step back and give them some space.

Rohit Sharma: The video of Steve Smith being escorted at the airport and his most recent press conference resonated with me. The spirit of the game is of utmost importance there’s no denying that. They made a mistake and they accepted it. It would be unfair of me to sit here and question the board’s decision but they are great players and I don’t think this should define them