BCCI bans Ambati Rayudu for 2 games over confrontation with umpires

: Hyderabad skipper Ambati Rayudu was on Wednesday handed a two-match suspension from playing matches for breaching the Board of Control for Cricket in India’s Code of Conduct during a Syed Mushtaq Ali T20 match against Karnataka.(Photo: AFP)

Mumbai: Hyderabad skipper Ambati Rayudu was on Wednesday handed a two-match suspension from playing matches for breaching the Board of Control for Cricket in India’s Code of Conduct during a Syed Mushtaq Ali T20 match against Karnataka.

Ambati Rayudu and Pragyan Ojha (Not in the playing XI) walk onto the field for a clarification regarding the two runs. #ZonalT20 #HYDvKAR pic.twitter.com/Ph2UyYNwn3

This means that the 32-year-old will miss Hyderabad’s opening two matches of the Vijay Hazare Trophy against Services and Jharkhand on February 5 and 6 respectively.

“Mr Rayudu pleaded guilty to the offence and accepted the sanction proposed by BCCI and, as such, there was no need for a formal hearing,” a BCCI media release stated.

The BCCI has taken cognizance of the events that unfolded during and after the Syed Mushtaq Ali Trophy 2018 match today between Hyderabad-Karnataka. An official report by the Match Referee is awaited, following which appropriate action as per BCCI’s Code of Conduct will be taken

Rayudu was recently picked up by Chennai Super Kings (CSK) in the Indian Premier League (IPL) auction for Rs 2.20 crores.

Meanwhile, the former Mumbai Indians cricketer will be eligible to return back to playing cricket ahead of Hyderabads’s third Vijay Hazare match against Vidarbha on February 8.

The match between Hyderabad and Karnataka on January 11 was marred with a controversy when there was an ugly conversation between the two sides.

Karnataka batsman Karun Nair had played a flick shot off Mohammed Siraj’s delivery, which went over the mid-wicket and picked two runs.

Mehdi Hasan, however, was the saviour when he stopped the ball from going beyond the boundary line.

However, TV replays showed that he had crossed the boundary line, and the umpire did not go for a referral. As a result, Karnataka finished their innings at 203-5. 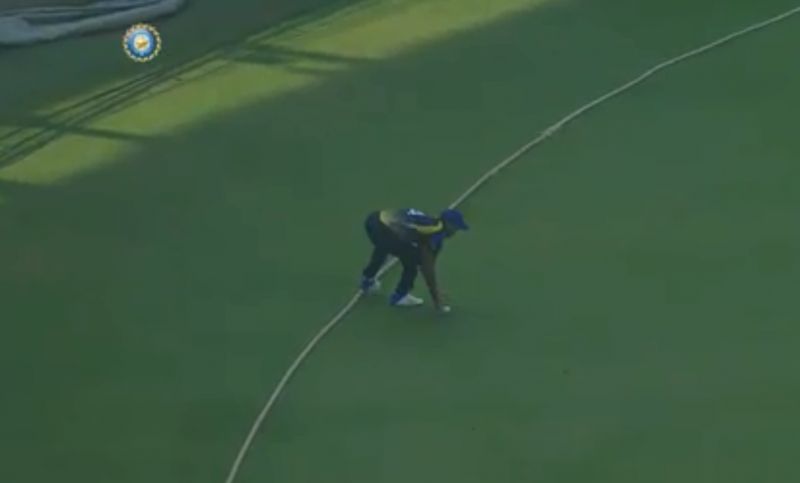 In the end, it was Karnataka who prevailed, winning the match by just two runs.