Although India have drawn level with England in the three-match T20I series, the visitors look a much stronger side in the shortest format of the game, something that Virat Kohli & co. need to put right, if they are to clinch the T20 series in Bangalore. (Photo: AP)

Bangalore: For the first time in the last three months, England find themselves at par with India on their tour to the subcontinent.

After being humiliated 4-0 in the five-match Test series, and defeated 2-1 in the three-game ODI series, England would have been eyeing the three-match T20I series as a shot at redemption against the hosts.

Also, the fact that the Three Lions have been hugely successful in the shortest format of the game in recent times, making it to the final of the T20 World Cup last year in India, gives England a bit of an edge in the series decider.

Eoin Morgan’s side has so far dominated the hosts in the first two T20s in Kanpur and Nagpur, with the India barely managing to get over the line in the second match.

Virat Kohli and co. face a stiff challenge ahead of the third and final T20I at the M Chinnaswamy Stadium in Bengaluru. 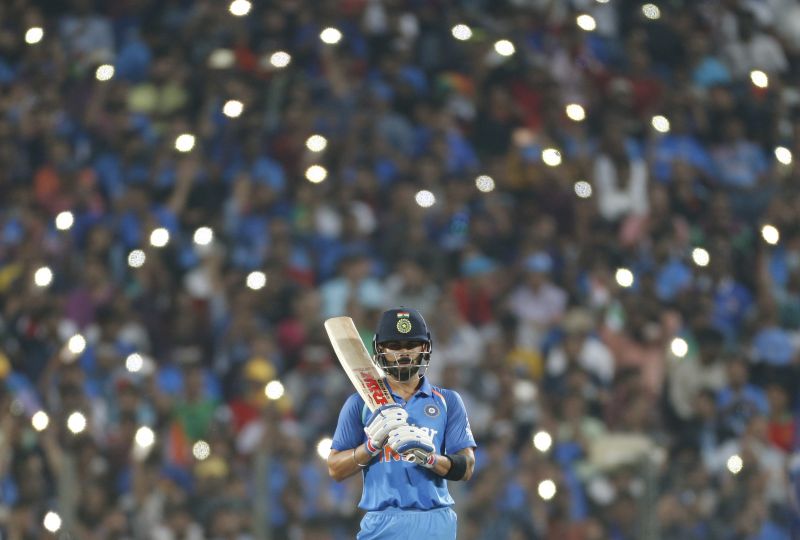 Virat Kohli's decision to push himself up the order to the opener's slot has not worked so far. (Photo: AP)

With the tremendous form that he has been in over the last two years, it is difficult to find chinks in India skipper Virat Kohli’s armour. However, the 28-year-old has failed to transform his form from the Tests and the ODIs to the shortest format of the game. He has only scored 50 runs in the two matches so far.

Kohli had himself admitted that he does not have much experience in opening the innings, although he has done it a few times for Royal Challengers Banglaore in the Indian Premier League.

Since this ploy is not exactly working for the India captain, pushing himself one spot down the batting order – to his regular number three spot in the limited-overs cricket – could help him regain the form that made him a destructive batsman in Tests and ODIs. 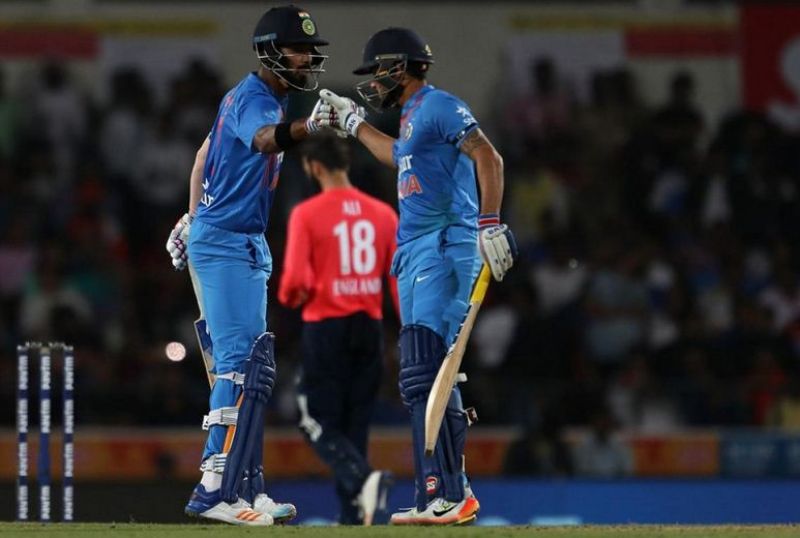 One of the main reasons why India have failed to put up a big score in the first two T20Is is that the middle order has not been able to put up big partnerships. Apart from the 56-run stand for the fourth wicket put up by KL Rahul and Manish Pandey, the Indian batsmen have not really been able to put the England bowlers under pressure.

Experienced players like Yuvraj Singh and Suresh Raina need to step up to the plate and score the big runs in the middle-overs, in order for India to notch up a big score.

Mahendra Singh Dhoni needs to be pushed up the order: 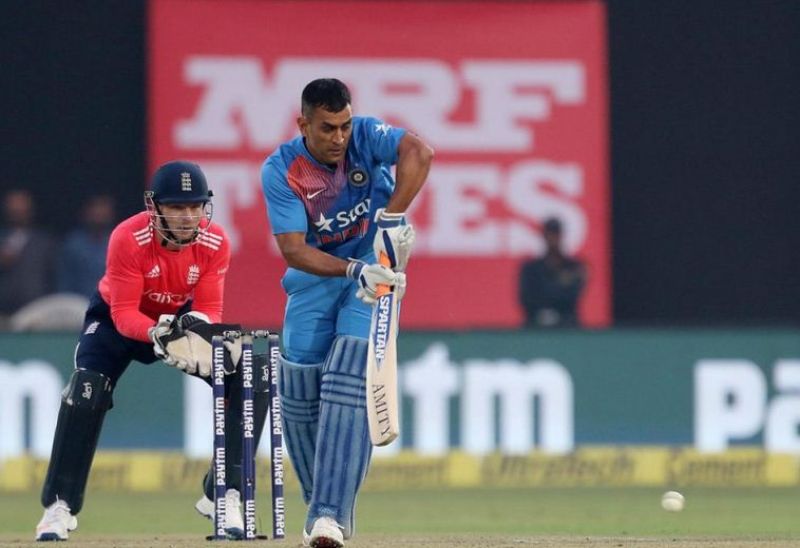 Mahendra Singh Dhoni has not been very effective batting lower down the order in the T20 series against England so far. (Photo: BCCI)

While he is known for his abilities as one of the best finishers in the modern game,

MS Dhoni must not be pushed down the order where he is left with less number of deliveries to make an impact; especially if India are batting first.

The man, who can play a well paced innings, and also come out with the big shots when his team requires him to, has to be given some time to work his magic.

Kohli had talked about pushing Dhoni up the batting order ahead of the ODI series against England, a tactic that worked brilliantly in the 50-over-format. However, putting the former India captain in the lower order is something that has clearly not worked in this series. 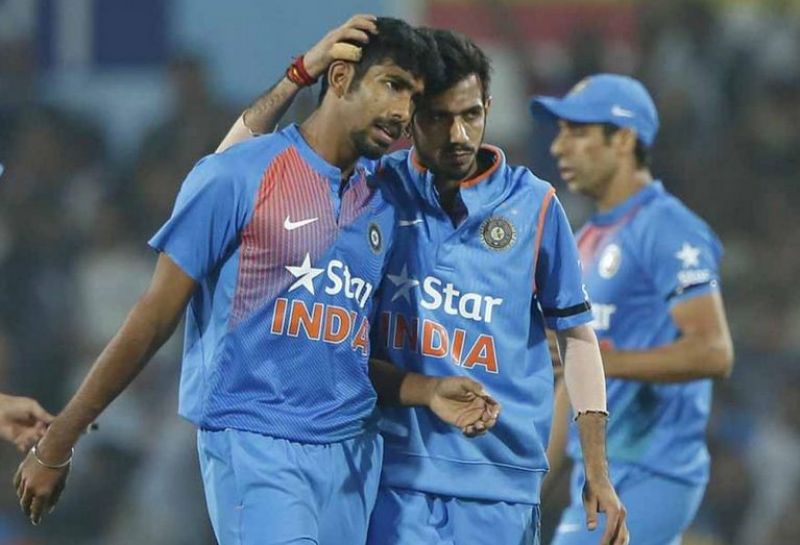 Despite Jasprit Bumrah's brilliant spell in the second T20I, India's bowling discipline has been poor this series. (Photo: BCCI)

When the going gets tough, the bowlers need to make sure that they do not overstep their mark…or hurl it wide. Not only does this give the batting side extra runs, but it also gives them an extra delivery – and in the case of a no-ball, a free-hit can do much more damage, when the batsman knows that he cannot be given out.

The images of Jasprit Bumrah knocking over Joe Root’s stumps in two consecutive deliveries (first a no-ball, and second on a free-hit), and of Amit Mishra picking up Ben Stokes’ wicket would have been agonising for Indian cricket enthusiasts.

Such mistakes can come back to haunt India later on, and coach Anil Kumble will be looking to iron-out these anomalies as soon as possible. 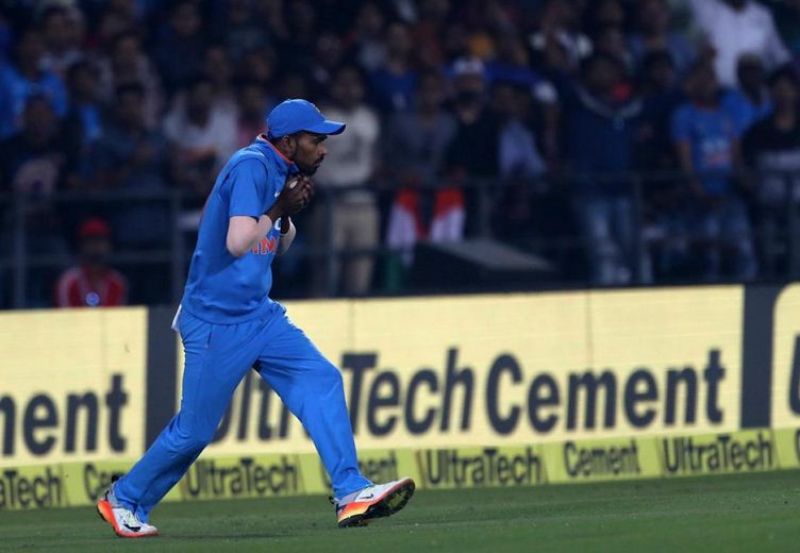 Although India's fielding standards are top rate, they have been unable to stifle England's singles in the first two T20Is. (Photo: BCCI)

This is a comment one would expect to make on the Indian sides of the 1990s or the early 2000s. The current Indian team has one of the fittest and most agile squads in the world, and are known to be prolific in the field.

However, it is not the technicality, but rather the intent and placement of the fielders that has let India down to a certain extent. The likes of spinner Amit Mishra and Ashish Nehra are not exactly known for their athleticism on the field, and can give away a couple of extra runs, if put under pressure in the field.

In both the T20Is, the likes of Joe Root, Eoin Morgan and Ben Stokes have been able to pick easy singles off the spinners in the middle overs. England had hit six 4s and five 6s in the second T20s. The bulk of their scoring in the middle overs was done by pushing be ball into the gaps and darting off for the quick singles.

This greatly helped the Englishmen, as just one boundary or a six per over would be enough to put the pressure on the bowlers, if they get a single in every other ball, making it a big-scoring over.

Closing the gaps in the in-field is of paramount importance, especially if India are defending a low total. Also, the lack of runs could force the batsmen to make a mistake.