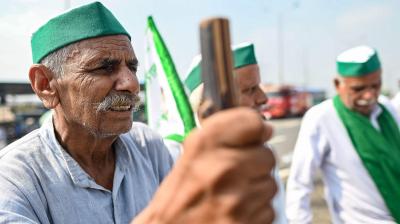 The Indian Premier League (IPL) 2018 could bring in a couple of big changes in terms of match-timings and mid-season transfers. (Photo: BCCI)

Mumbai: The Indian Premier League (IPL) 2018 could bring in a couple of big changes in as it is now learnt that the Board of Control for Cricket in India (BCCI) is keen to change the timing of the start of the matches.

Traditionally, the IPL games, when played in India, have either started at 4 P.M. or 8 P.M. However, IPL chairman Rajeev Shukla, during the IPL Governing Council’s meeting earlier this month, had floated a proposal of 7 P.M. start of the matches. However, the plan will only go through if the broadcasters Star Sports approve the proposal.

This is the same meeting after which it was emerged that the teams like Kolkata Knight Riders (KKR) and Rajasthan Royals (RR) were averse to the idea of players’ retention, putting the MS Dhoni and co’s return to Chennai Super Kings’ (CSK) in jeopardy.

“It was just a thought (starting game at 7pm) and everyone welcomed it but first we need to speak to broadcaster and take their nod. We will work on modalities then. There have been many centers where traveling is major concern. All the issues were discussed and we all thought to start the game but early,” IPL chairman Rajeev Shukla was quoted as saying by The Indian Express.

If the idea is put into practice, a player can make a move to another IPL team during the season is he has not got an opportunity to play for a side even once during the first seven games for that side.

Read: Hardik Pandya to leave Mumbai Indians ahead of IPL 2018 auctions? Here’s what he said

“Every IPL owner agreed to have this in forthcoming season. It will give chance to those players who are good but are not getting opportunities to be part of playing XI of any IPL side. We are having an IPL governing council meeting soon to finalize all these points,” added Shukla.

Shastri not going to Manchester; Arun, Sridhar not travelling due to IPL bubble