After concluding the Test series against South Africa on a high, Virat Kohli-led India will shift their focus to ODIs, starting with the first game on Thursday.(Photo: AP)

Durban: After concluding the Test series against South Africa on a high, Virat Kohli-led India will shift their focus to ODIs, starting with the first game on Thursday.

The Men in Blue lost the Test series 2-1 despite showcasing a fighting effort in all the matches.

It was in last ODI series which India played, when they beat Sri Lanka at home, with the series finishing 2-1.

India had previously played South Africa in the 50-over format in the African nation for three one-dayers. The hosts went on to win that series 2-0. While the first two matches were won by the Faf du Plessis-led unit, the third encounter ended in a no result, courtesy of rain.

The two sides’ recent meeting in a bilateral ODI series came in India in 2015, when the visitors won the series 3-2.

Ahead of their latest ODI encounters, here is the complete set of fixtures and timings of each match: 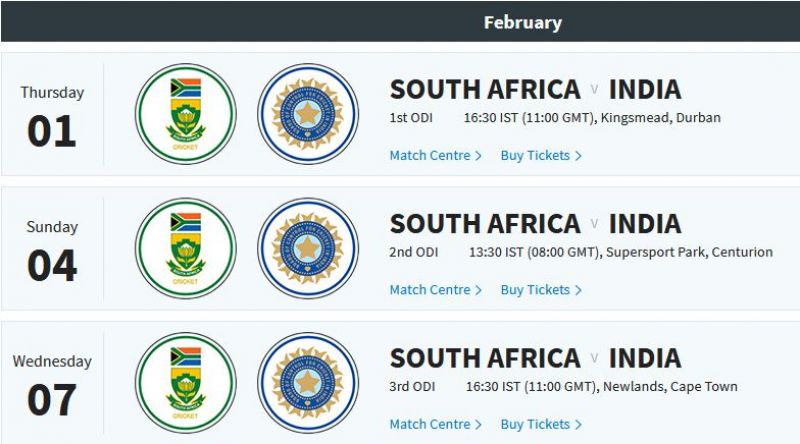