DECCAN CHRONICLE.
Published Nov 29, 2016, 9:36 pm IST
Updated Nov 30, 2016, 1:32 am IST
Kohli was seen having a conversation with Haseeb Hameed. The teenager scored an unbeaten 59 for England despite suffering a finger injury.

Virat Kohli displayed his softer side on the ground in Mohali. (Photo: PTI)

Mohali: India beat England by eight wickets in Mohali to take a commanding 2-0 lead in the five-Test match series against England.

The India-England rivalry is heating up and the ongoing battle between Virat Kohli and Ben Stokes is just one example. But on Tuesday, the Indian skipper displayed his softer side on the ground.

Chris Woakes was batting on 30, when he was hit on the head by a Mohammed Shami’s bouncer. Such was the impact of the delivery that Woakes’ helmet’s neck guard came off.

While many would have let the moment pass by, in a great gesture, Kohli went up to Woakes and had a word with the batsman to make sure he was fine. 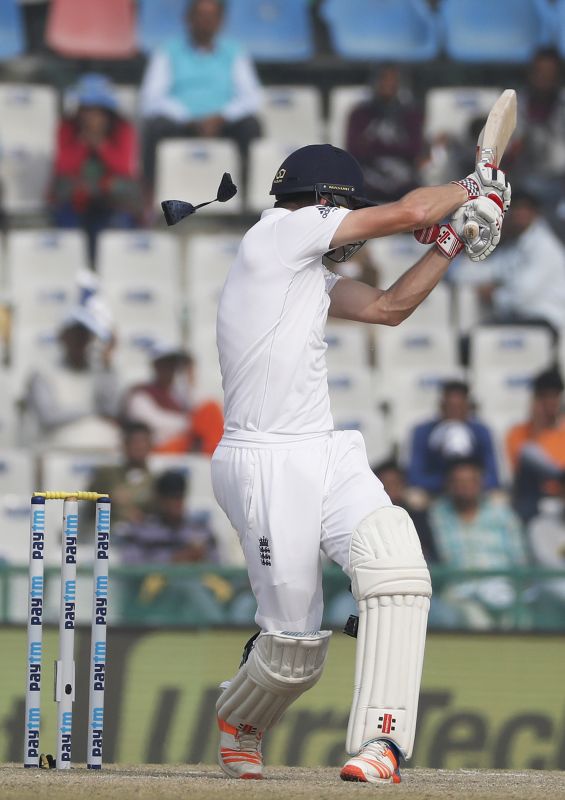 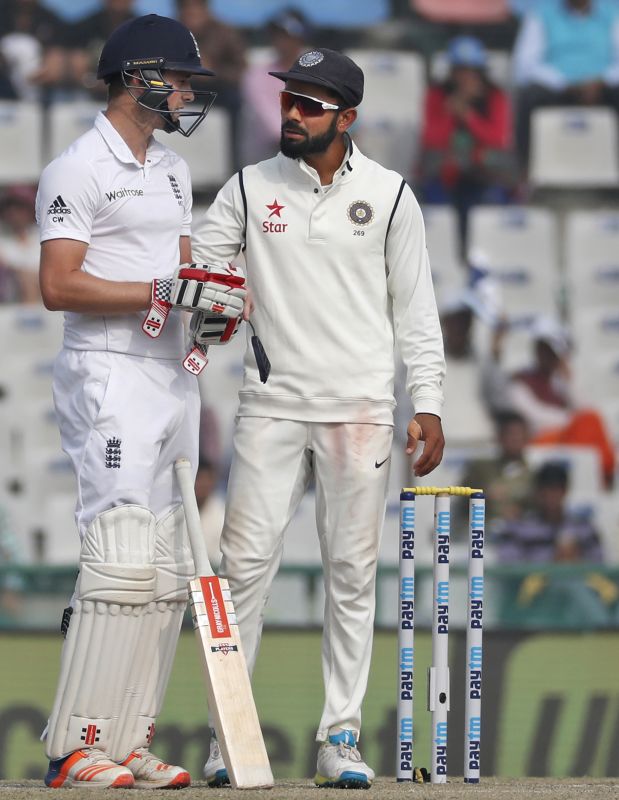 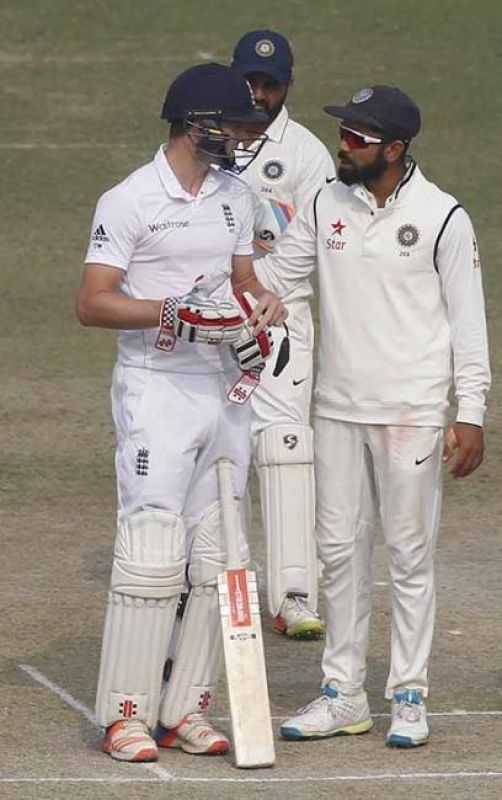 The incident comes a little over two years after the Australian cricketer Phil Hughes died after being struck by a bouncer on his head.

India skipper was later seen having a conversation with the Englishman Haseeb Hameed. The talented teenager scored an unbeaten 59 for the visiting team despite suffering a finger injury. 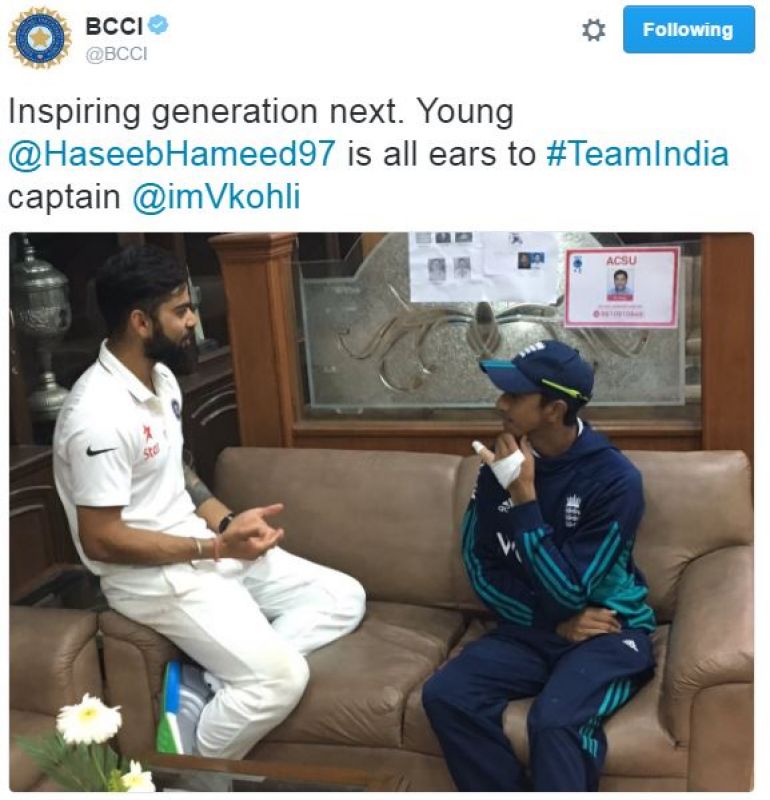 Talking about Hameed’s knock in the post-match press conference, the India skipper said, “I wish him a speedy recovery. He showed great character for a 19-year-old, to be honest, at this level.”

“He put his hand up when his team wanted him to do it. The way he played with (James) Anderson towards the end (for the 10th wicket), showed great maturity. He knew exactly what he wanted to do.

“And you can sense it as a captain, this guy is intelligent and knows the game. I think he is a great prospect for England. He is definitely going to be a future star in all forms if he keeps persisting with his skill.”

“Really impressed with him and that is why I patted him on the back. It was an innings full of character, something you need to applaud,” Kohli added.

■In pics: Virat Kohli and Co attend Yuvraj Singh-Hazel Keech's pre-wedding ceremony
■None of the pitches have been turners: Virat Kohli
■Virat Kohli gets his revenge, gives Ben Stokes the ‘silent send-off’