The Indian team attended Yuvraj Singh and Hazel Keech's pre-wedding ceremony on Tuesday, after finishing off the Mohali Test by the fourth day. (Photo: BCCI Twitter)

Mohali: Finishing the Mohali Test against England on the fourth day gave Virat Kohli and co. an added advantage – they took a good break to celebrate cricketer Yuvraj Singh’s wedding.

The star Indian cricketer is set to tie the knot with model-actress Hazel Keech.

Yuvraj’s pre-wedding celebrations took place in Chandigarh (which is close to Mohali), on Tuesday.

The Indian cricket team had a gala time as they attended the pre-wedding ceremony at the city hotel. 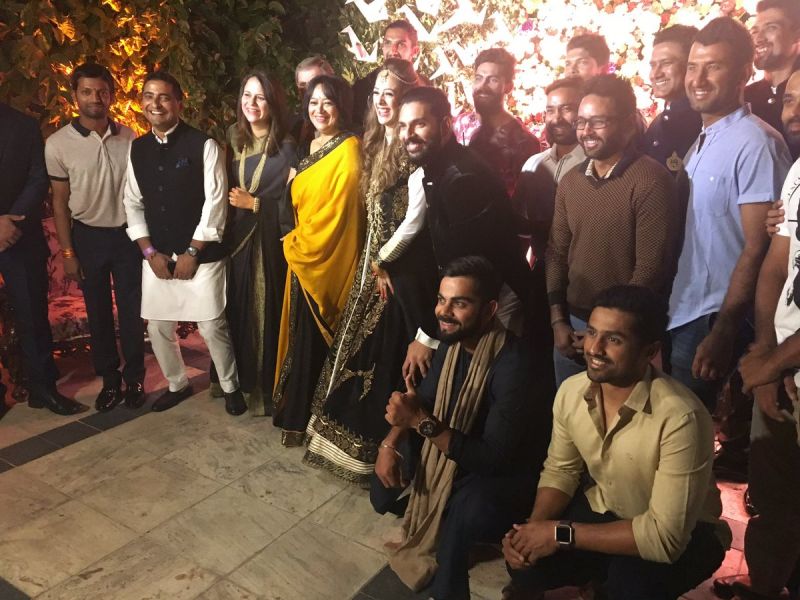 Kohli was at his playful best as the entire Indian cricket team clicked a picture with Yuvraj and Hazel. 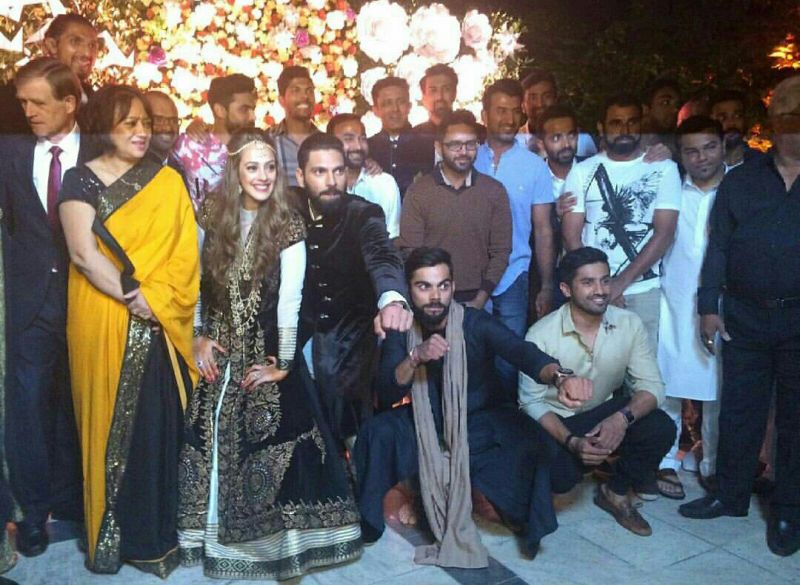 Yuvraj Singh and Hazel Keech, the soon-to-be-married couple posed for the shutterbugs after the ring ceremony took place. 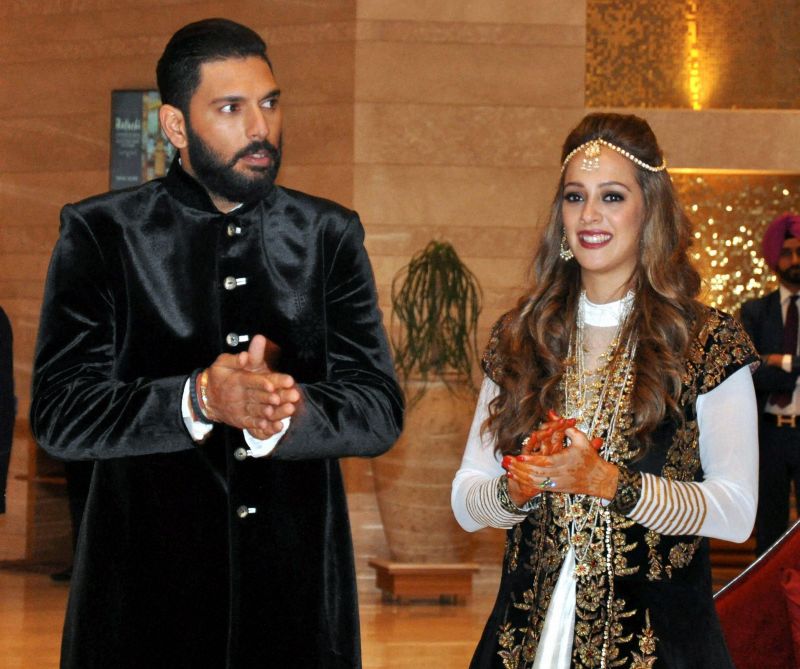 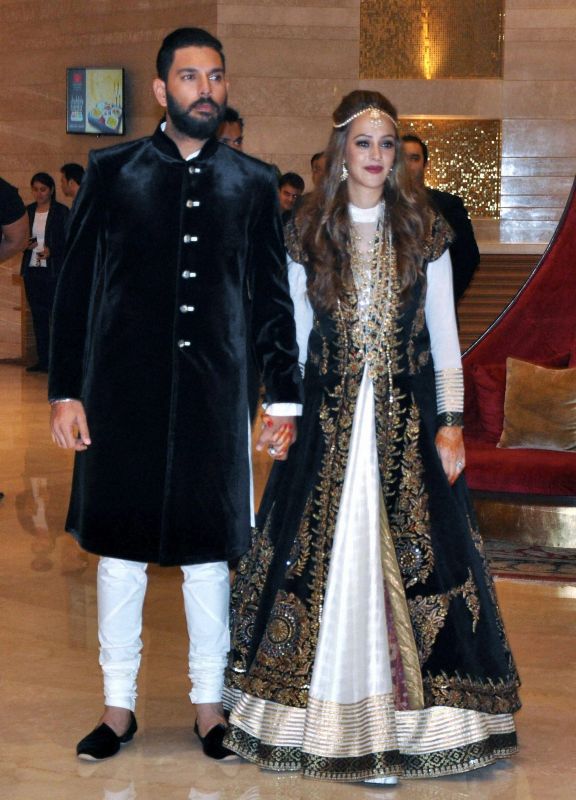 Yuvraj Singh and Hazel Keech could not hide their joy as they exchanged rings. (Photo: PTI)

India completed an eight-wicket victory over England, to take a comfortable 2-0 lead in the five-match Test series, on Tuesday.

Kohli had earlier confirmed in the post-match press conference, that 2011 World Cup winner Yuvraj has invited the entire team to the wedding, among other guests.

There is a gathering tonight and we will go to @YUVSTRONG12's function. It is a nice coincidence & you've a chance to celebrate: @imVkohli pic.twitter.com/Jc8curZ9vV

“There is a gathering there tonight at the hotel. The whole team is invited,” said Kohli after the match. “We’ll obviously go there, being Yuvi’s function (Yuvraj Singh’s wedding).”

“It’ll be a nice coincidence, getting the job done in four days, and then you have a chance to celebrate in the evening,” continued the India Test captain. “The guys will be a bit more relaxed in the evening, and we can chill for a bit longer.”

The actual wedding is set to take place on Wednesday at a hotel in Chandigarh. Here’s a picture of Yuvraj Singh and his fiancée Hazel Keech that they uploaded on social media, ahead of their marriage ceremonies.

Starting a new innings today ! Thank you for your love please bless the couple @hazelkeechofficial ❤️🙏