Hyderabad: A book on former Hyderabad cricket captain and BCCI administrator late M. V. Sridhar, who passed away in October 2017, was released at the Rajiv Gandhi International Cricket Stadium here on Sunday.

Titled The Renaissance Man, it is written by Harimohan Paruvu, former first class cricketer from Hyderabad and a junior to Sridhar at All Saints High School.

Known fondly as ‘Doc’, Sridhar wore many hats — he was a doctor, cricketer, corporate executive, cricket administrator, singer, actor, writer —  with ease and excelled in handling tough assignments at national as well as international level.

Sridhar was considered by many as a man manager of the highest caliber and a person who could find solutions to the most difficult issues. 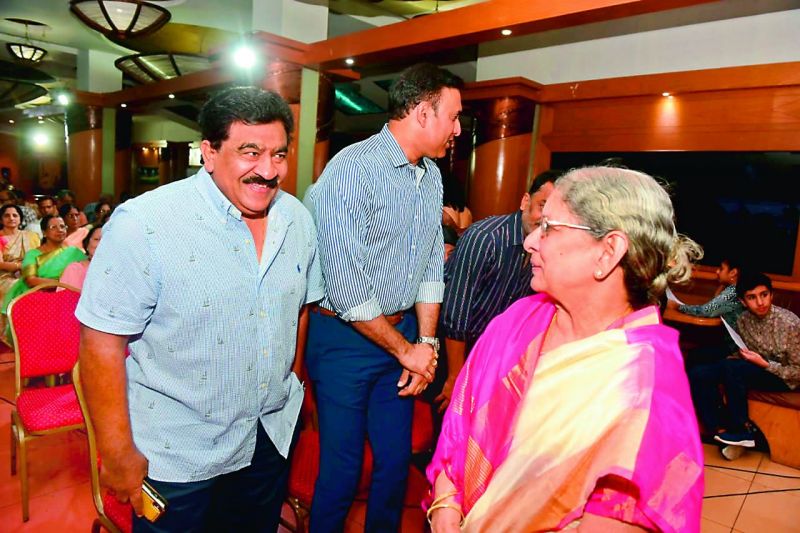 The book attempts to capture his many facets and derive lessons on seeking excellence and is embellished with a foreword by VVS Laxman, comments by Mohammad Azharuddin, Anil Kumble, S. L. Venkatapathi Raju, Yuvraj Singh, Harbhajan Singh, Anurag Thakur and others.

A doctor by training, Sridhar completed his medical schooling from Osmania Medical College in 1989. He was a versatile student and a true all rounder excelling in sports, extra-curricular activities and academics.

In his final year at college he created a record of sorts in the Hyderabad cricket league by scoring 13 centuries in a row — leading to his selection in the Ranji Trophy team that year. He scored a century on Ranji debut and never looked back.

In over a decade after that, he emerged as the highest run getter for Hyderabad, the highest number of centuries for Hyderabad (21), the third highest individual score in first class cricket in India (366) and held several other records. He led Hyderabad in 30 matches.