While the media personnel tried to get a reaction from Steve Smith, he was heckled, booed and called a cheat, as one of the reporters was heard asking him, “What do you have to say the people who are calling you cheats right here?” (Photo: AP)

Johannesburg: The cricket fraternity is still finding it difficult to swallow what happened in Cape Town as Australia got involved in ball-tampering on March 24 during the third Test against South Africa. Steve Smith, David Warner and Cameron Bancroft have been suspended by Cricket Australia for their involvement and knowledge about the cheating plot.

While Smith, Warner and Bancroft have headed back home after the sack, Smith, who will be facing a lot of tough questions on his arrival in Australia, the fallen Australian skipper was severely booed as the security escorted him at the Johannesburg airport. 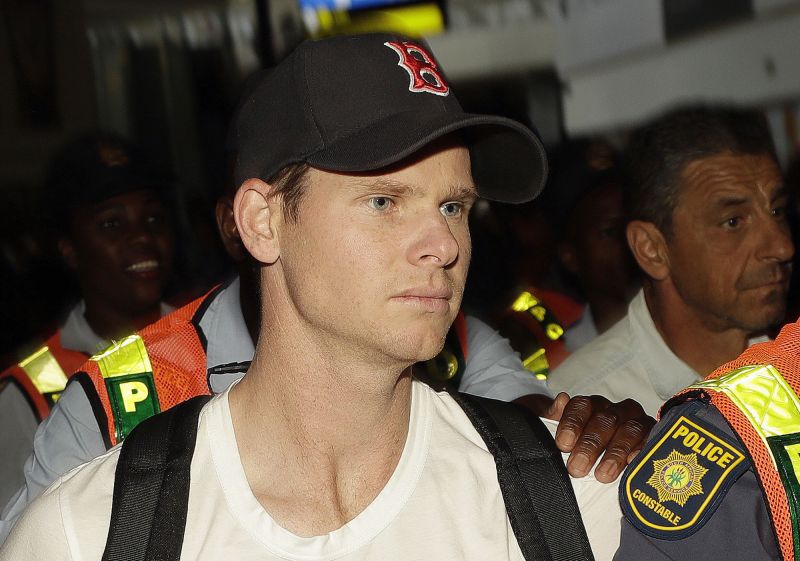 While the media personnel tried to get a reaction from Smith, he was heckled, booed and called a cheat, as one of the reporters was heard asking him, “What do you have to say the people who are calling you cheats right here?” 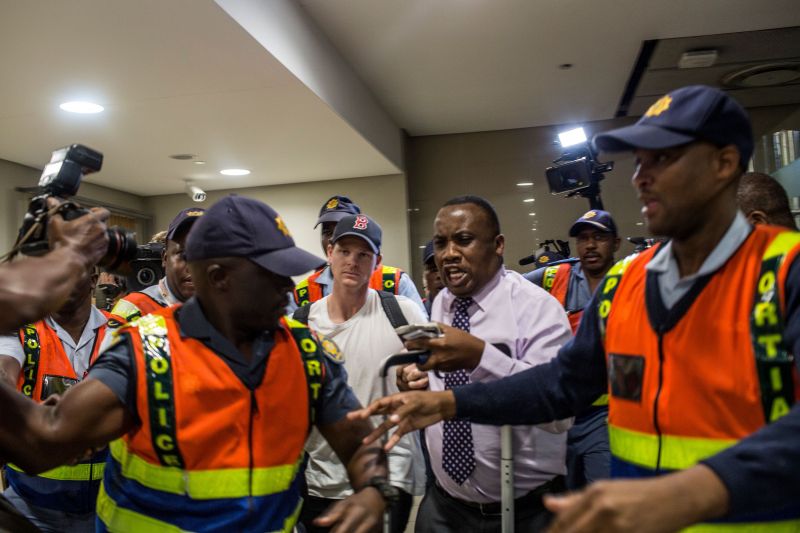 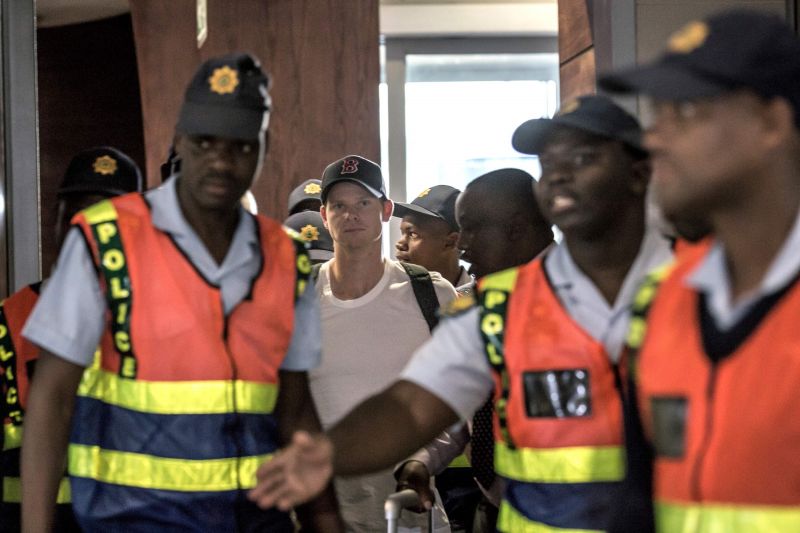 Former England skipper, Kevin Pietersen, who has been vocal about the issue as soon as it first broke out last week, shared a video of the incident, saying, "I don’t like this! @steve_smith49 isn’t a criminal!"

Pietersen's views were echoed by quite a few, from the cricket fraternity and outside.

This is disgraceful ! @stevesmith49 is not a criminal !!!!! pic.twitter.com/b2SsfakARo

Steve Smith has made a mistake. But in trying to catch a plane in South Africa he's treated like a mass murderer. Surrounded by 12 security guards... people baying for his blood and calling him a cheat. This is too much for any 28 year old to handle. #CricketAustralia

One of Australia’s greatest ever cricketers who made a shocking error in judgement now being ushered through an airport like a convicted drug mule.

Regardless of your opinion of him, you can’t look at this image and say you don’t feel slightly bad for Steve Smith. I know I do. pic.twitter.com/FWyZK6XIjk

Darren Lehmann, coach of the Australian cricket team, on Wednesday issued an apology to the cricket fans and admitted that the trio has made a "grave mistake but they are not bad people".

"These are young men and I hope people will give them a second chance. Their health and wellbeing is extremely important to us," added Lehmann.