Don’t name your kid Dawood or Yakub, Irfan Pathan was told on Twitter

While Irfan continues to remain on the sidelines from the Indian side, he enjoys a lot of love and support on the social media. The Baroda-based all-rounder too likes to share his joys with his fans. Hence, it was not surprising that he took to Twitter to share the good news of him becoming dad.

Although he received a lot of wishes from the followers, one of them asked the Indian cricketer not to name the new born “Daud” (Dawood) or “Yakub”.

While Dawood is on India’s most-wanted list of criminals, Yakub Memon was convicted and later executed for his involvement in the 1993 Mumbai blast.

Irfan managed to keep his cool and still managed to let the follower what he thought of the suggestion in a polite manner. 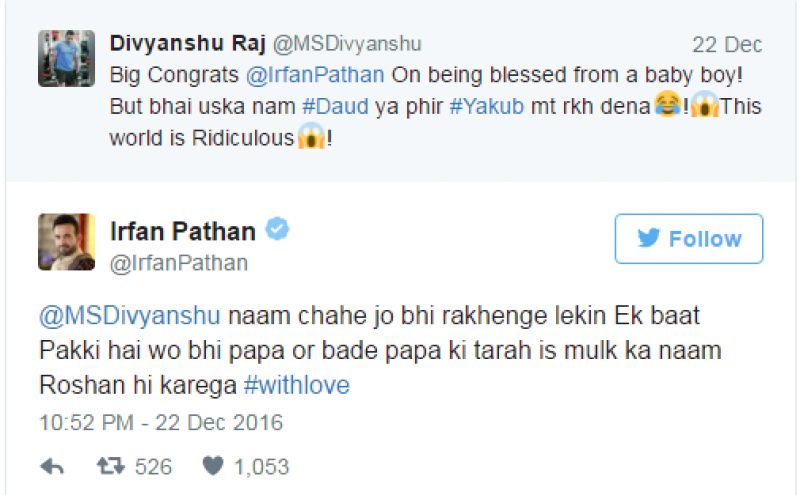 The Indian cricketer named the baby boy Imran and announced it with a tweet. 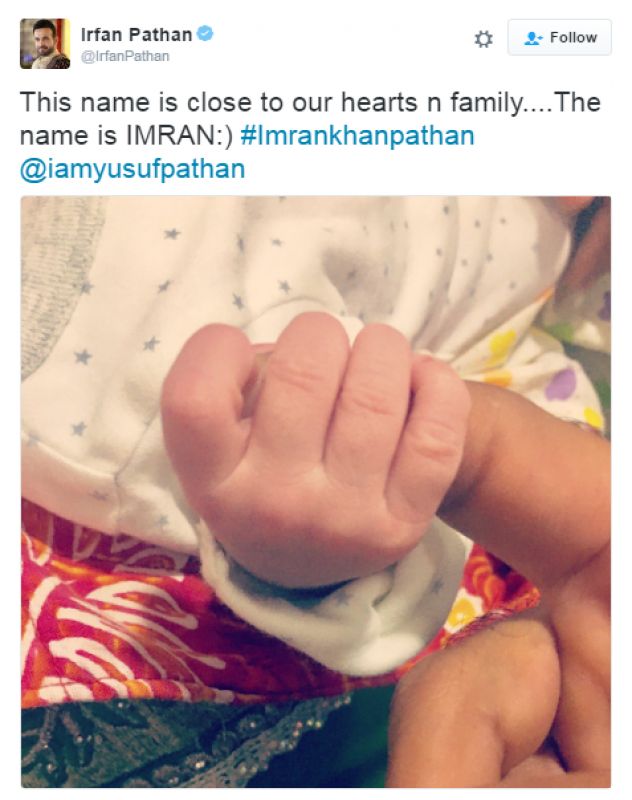