The Kohli-Stokes rivalry has given the cricket fans a good sub-plot during the India England Test series. (Photo: AP)

Mohali: The rivalry between India and England is heating up, half-way through the five-match Test series, and at the centre of the rivalry, are Virat Kohli and Ben Stokes.

The two cricketers have been having a go at each other since day one of the third Test at Mohali.

Kohli had given Stokes a bit of a send-off after Jadeja picked up the Englishman’s wicket. That was followed by an altercation between the two players, as the umpires rushed in to diffuse the tension. 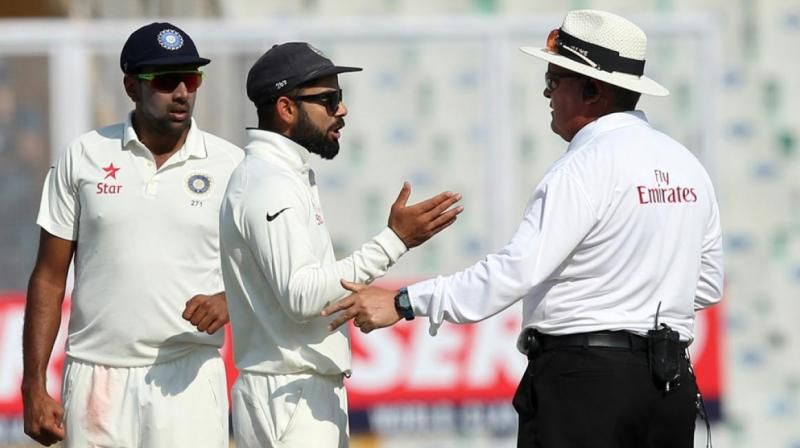 The umpires had to intervene, after Virat Kohli and Ben Stokes got exchanged a few war of words on Saturday. (Photo: BCCI)

Stokes was pulled up under Article 2.1.4 of the ICC code of conduct for “using language or a gesture that is obscene, offensive or insulting during an International Match.”

However, the matter did not end there. As destiny would have it, Stokes was the one who dismissed Kohli in India’s first innings, on the second day of the Mohali Test.

You can watch Sotkes' reaction on the video below, from the 0.44 mark.

After he picked up Kohli’s wicket, Stokes himself gave Kohli a bit of a send-off by covering his mouth with his hand.

The India Test captain was not going to let the Englishman have the last laugh though. Kohli himself gave Stokes the ‘silent send-off’, after Ashwin trapped him lbw. 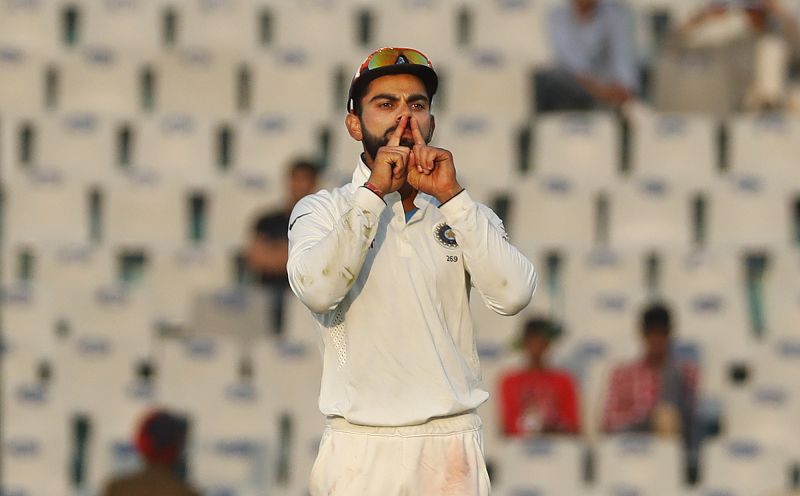 This is how Virat Kohli reacted after Ashwin trapped Ben Stokes lbw on Monday. (Photo: AP)

While Ashwin’s beautifully flighted ball was a delight to watch, for any cricket connoisseur, the rivalry between Kohli and Stokes is certainly something that is keeping the cricket fans glued to their TV sets.