Mumbai: Cricketers often indulge in casual conversations in between a match; but when one such talk makes a dream come true, it’s called a fable. Such is the story of Harmanpreet Kaur – the vice-captain of India women’s cricket team. The 27-year-old – who became the first Indian to sign up for Women’s Big Bash League (WBBL) in Australia – said the Aussie cricketers discussed India’s prospects in the glamorous league during the limited-overs series Down Under earlier this year.

“Ellyse Perry and Meg Lanning kept telling me good things about WBBL. Perry had told me that if I get a chance, I should grab the offer. All of them – Lanning, Alex Blackwell – are nice people, we are good friends. But I thought they will call at least five or six girls, I am surprised they only called me,” said Kaur, who is an all-rounder (right-hand bat/ seam).

But there are no jitters for Kaur, rather she can’t wait to board the flight.

“I have been waiting for this kind of a league from a long time. I am glad BCCI president Anurag Thakur is making such changes. Earlier, we didn’t have permission,” added Kaur, who has 992 runs in 61 T20I appearances, which includes two half-centuries and 13 wickets.

She also has a couple of hundreds in ODI cricket at an average of 35.57.

However, the gutsy cricketer from Moga (Punjab) is extremely keen to learn the mind game of international cricketers through WBBL.

Kaur consulted her family and seniors before signing the deal and is currently working on her fitness to avoid taunts.

“My seniors told me to choose Sydney Thunder because if I play with a winning team, my morale will be high. There will be areas where I will be blank as it will be my first season, a champion team can help me overcome that. I am primarily working on my fitness with Harshal Pathak in Pune. People say I am fit enough but when I go there, they shouldn’t feel that I am not up to their standards. They shouldn’t say that I am an Indian and I am not as fit,” clarifies Kaur, who is eager for women’s IPL now.

Talking about cricketers from men’s team in Big Bash League, she said: “I want to see Virat Kohli there. He can handle the pressure better than many.”

Kaur also recalled how the women’s team motivated Kohli and Team India after their ODI series loss to Australia in January. 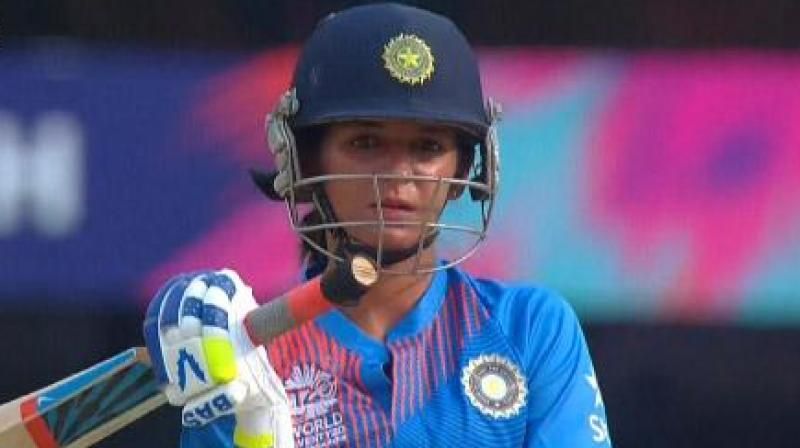 “We both were about to start the T20I series against Australia. Kohli was very low after losing the ODI series. Our team gave him a lot of positive energy. We told him that ‘now we are here, you all will do well’ and he was happy to hear that. After we won one match, Harbhajan Singh came and told us that they will win the T20I series for us,” asserted Kaur.

Both the men’s and the women’s team had won the T20I series.