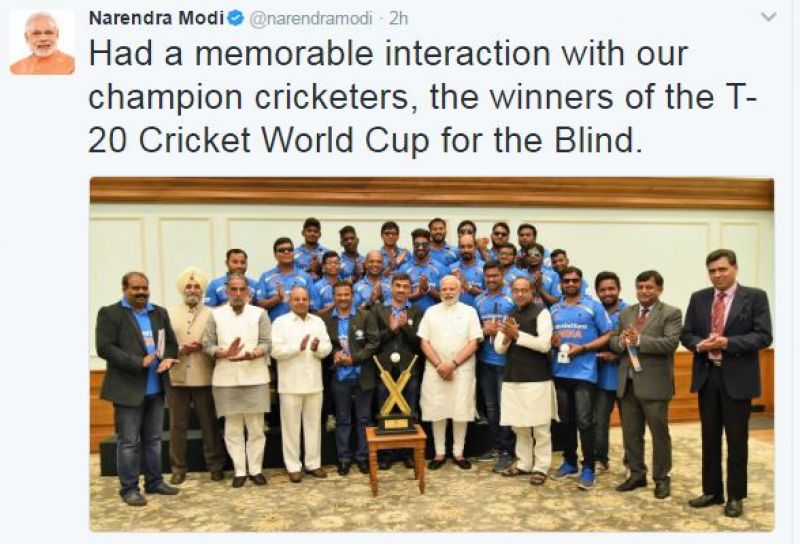 PM also took to Twitter to congratulate the team. PM wrote, “Best wishes to the entire team that won the T-20 Cricket World Cup for the Blind. Keep playing well and making India proud of your game.”

Great to have Pollard in form early, we are always banking on him: Zaheer Khan