One person who stole the show was Mahendra Singh Dhoni’s daughter Ziva, who was being carried by his father.(Photo: Viral Bhayani / Deccan Chronicle)

Mumbai: Team India captain Virat Kohli and Bollywood actress Anushka Sharma on Tuesday hosted a grand reception at Mumbai St Regis here, which was attended by some of the sportspersons, including cricketers Cheteshwar Pujara, Hardik Pandya, Umesh Yadav and others.

One person who stole the show was Mahendra Singh Dhoni’s daughter Ziva, who was being carried by her father. 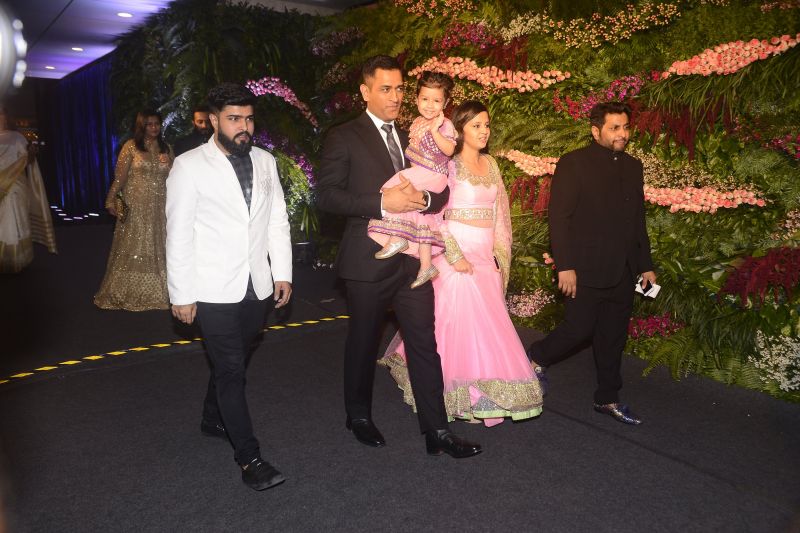 Ziva has been very often known for entertaining her fans with her singing skills, and she had recently wished everyone on Christmas Day in her own way.

Virat Kohli tied the knot with Anushka Sharma on December 11 and had earlier hosted a post-wedding reception in New Delhi on December 21.

Kohli will get ready for India’s long tour of South Africa, starting on January 5.

The Men in Blue will play three Tests, six ODIs and three T20s, as they hope for a good show in the African nation.