Stokes stitched an unbeaten 76-run partnership with Jack Leach for the last wicket to achieve the unthinkable. (Photo: AP/PTI)

Mumbai: Ben Stokes hit a stunning unbeaten century as England defeated Australia by one wicket to win an epic third Ashes Test at Headingley on Sunday and keep the Ashes alive. Stokes stitched an unbeaten 76-run partnership with Jack Leach for the last wicket to achieve the unthinkable.

However, before the Ben Stokes magic had taken place, the International Cricket Council’s (ICC) official Instagram handle committed a huge blunder. With the match still in progress and England nine wickets down, the handle posted a photo which congratulated Australia for retaining the Ashes, thus predicting an Australian victory.

After some time the ICC deleted their post, but the damage had already been done and the entire internet was ready with their barrage of trolls. 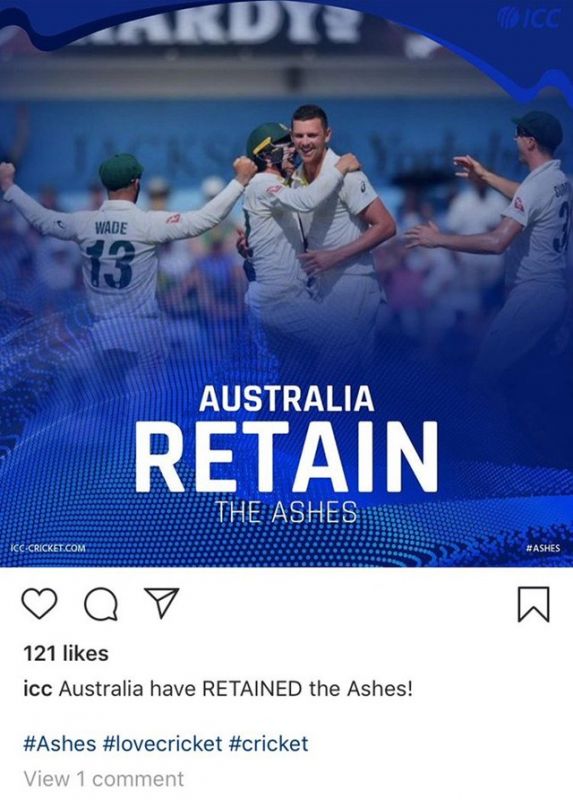 Here are some tweets that trolled ICC on their goof-up.

The game is still going on and icc have already decided the the ashes have been retained by Australia 🤣🤣🤣🤣🤣🤣 @ICC 🤣🤣🤣 @cricketcomau pic.twitter.com/qs20LT39Bo

Pretty sure @ICC put out a tweet saying Australia retained the Ashes about an hour ago. They certainly are no Jofra Archer.

Australia retained the Ashes Simon. Must be true because the ICC posted this..... pic.twitter.com/6iN90hlV1R