My son will have fond memories of sitting on MS Dhoni’s lap: Sarfraz Ahmed; video

When asked about the photo of MS Dhoni holding his son Abdullah, Pakistan skipper Sarfraz Ahmed said, “Once he (Abdullah) grows up, he would have fond memories of him sitting on the lap of on one of the greats of the game.” (Photo: AP / AFP)

Karachi: Right ahead of the keenly-awaited ICC Champions Trophy final between India and Pakistan, a picture of MS Dhoni holding Sarfraz Ahmed’s son had gone viral. 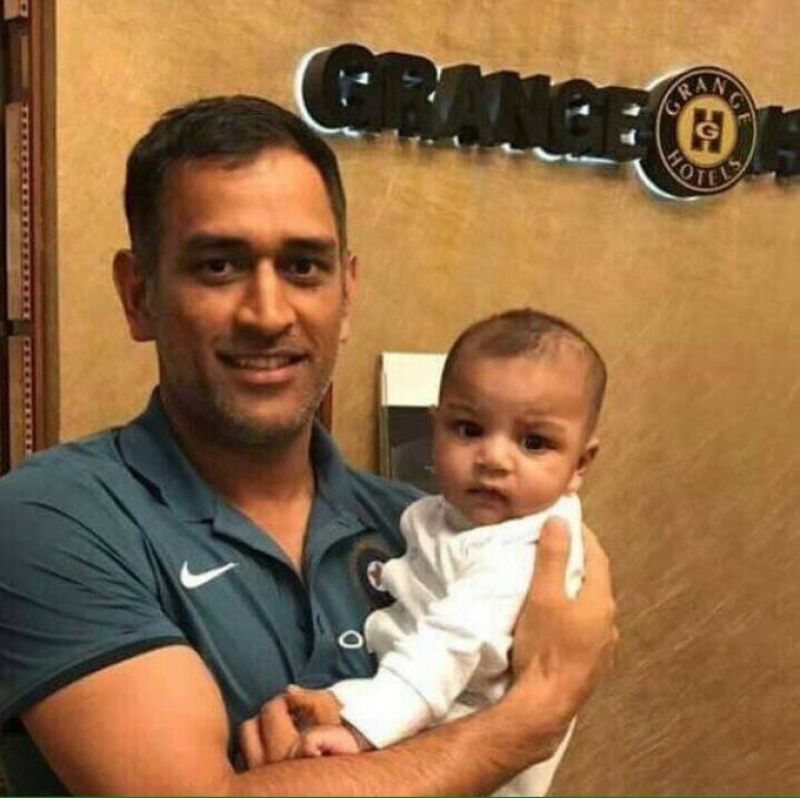 While India could not win their arch-rivals as Pakistan clinched their maiden Champions Trophy title, there has been no shortage of incidents of class, sportsmanship and respect from the cricketers of both the sides towards each other.

While Team India skipper Virat Kohli was wholesome in his praise towards Pakistan, Azhar Ali lauded India for playing fantastic cricket throughout the tournament.

Kohli, alongside Yuvraj Singh, was also seen sharing a good laugh with the likes of Shoaib Malik and Azhar Mahmood during the post-match ceremony at The Oval post the final.

Now, Sarfraz, who led Pakistan to their first ICC event triumph in eight years, had spoken about his son Abdullah’s picture with Dhoni, while terming the latter as “one of the greats of the game”.

Sarfraz, who appeared on a TV show recently, was asked about the photo which went viral.

Sarfraz, who could not hold back his grin, said: “I was sitting in the lobby with my family. We were sharing the same hotel so once I saw MS, I approached him and asked for a picture of him with my son Abdullah. Once he (Abdullah) grows up, he will have fond memories of him sitting on the lap of on one of the greats of the game.”

This is real India versus Pakistan friends! I am sure our Media will never cover this! MUST WATCH! ❤ pic.twitter.com/REiGJ0QZXP

Bumrah nominated for ICC monthly award after exploits against England