ICC World Cup 2019: India vs Pakistan and details of other match ticket prices

As always, the much-hyped encounter in the upcoming edition is that of India v Pakistan- A match that is only being contested in ICC events these days due to political tensions. (Photo: PTI / AP))

London: With less the 400 days to go for the ICC World Cup 2019 in England and Wales, the fixtures for the same tournament were announced on Thursday during an ICC board meeting in Kolkata.

Not only the matches and venues were confirmed but also the ticket prices for the same were decided.

As always, the much-hyped encounter in the upcoming edition is that of India v Pakistan- A match that is only being contested in ICC events these days due to political tensions.

The match, to be held in Old Trafford on June 16, is expected to be a full-house.

The ticket pricing are divided into various sections: Platinum, Gold, Silver and Bronze.

While the Platinum tickets cost £235, that is the equivalent of Rs 21, 833 (approximately) in Indian currency. 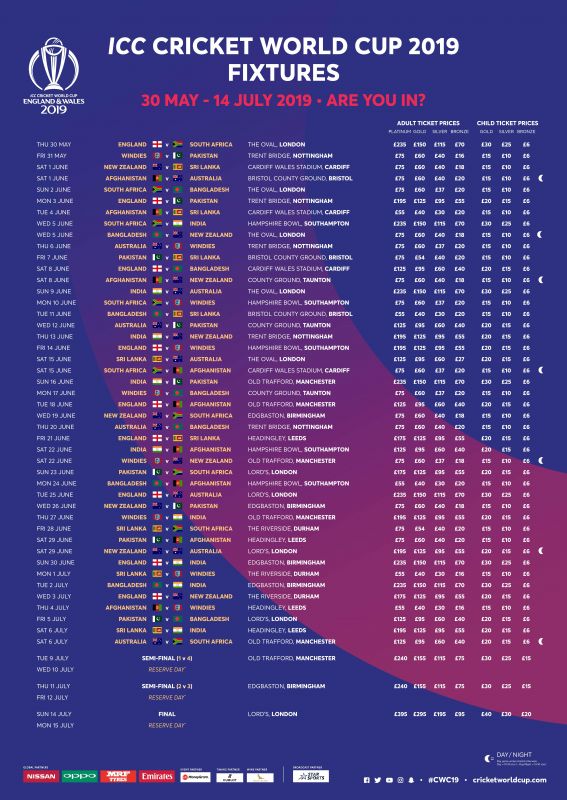 Whereas, the Bronze section costs as low as £70 ( Rs 6503). Not only this, there is a different pricing system for children.

India will kick off their World Cup campaign against South Africa on June 5.

The Virat Kohli-led side will lock horns with arch-rivals on June 16. Each team will play the other once in the round-robin stage, with the top four advancing to the semifinal. 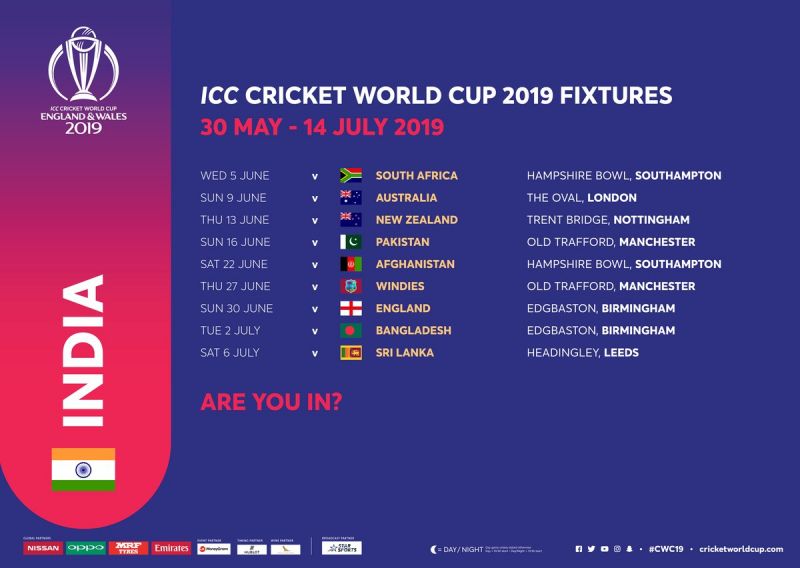