Mr. I. Ajay Kumar Reddy, hailing from Macharla of Guntur district, is an all-rounder. He is a fast bowler and batsman. Speaking to DC, Mr. Reddy said that in the World Cup finals  Pakistan had set a huge target of 308 runs in 40 overs. However, his team scored 308 runs in 39 overs. 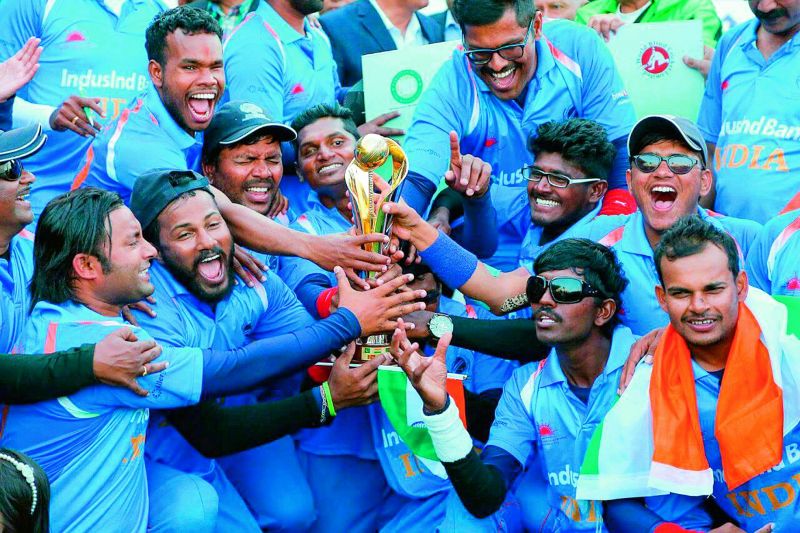 The visually impaired Indian cricket team celebrating their victory with the cup.

He recalled that at the age of four,  a door fell on him damaging his left eye and the infection affected his right eye’s vision too. He said he did not lose courage and practised hard to secure a place in the Indian team. His teammates, Durga Rao,  Venkateswara Rao of Srikakulam, Prem Kumar of Kurnool and Mahendar of Hyderabad are Telugus.