Dubai: Indian captain Virat Kohli on Friday slipped a rung to third in the ICC rankings for ODI batsmen but his predecessor Mahendra Singh Dhoni gained a spot to be 13th in the latest list issued here.

The attacking left-hander has attained the top ranking for the first time, leapfrogging South Africa's AB de Villiers and Kohli after amassing 367 runs in the five-match home series against Pakistan which his side won 4-1. 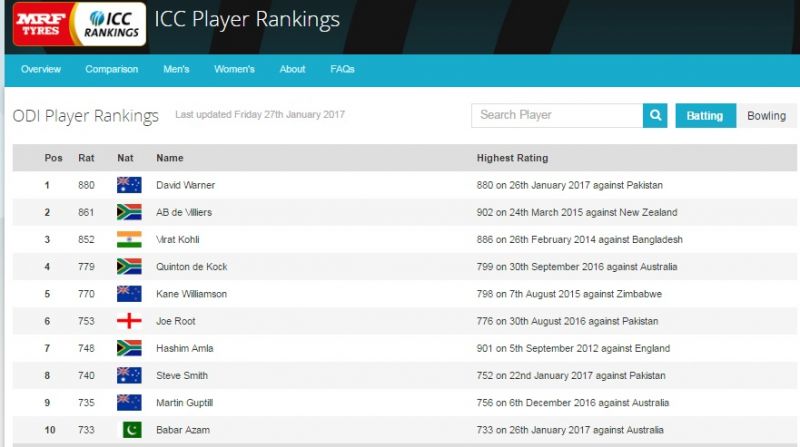 Rohit Sharma slipped three places to be 12th, while Shikhar Dhawan was in the joint 14th spot with Englishman Jos Butler.

England batsman Jason Roy's three half-centuries have taken him into the top 20 for the first time as he has gained 23 slots to reach 17th. For India, Kedar Jadhav's 232 runs have helped him gain 57 slots to reach 47th ranking.

Among the bowlers, no Indian found a place in the top-10 with Akshar Patel being the highest placed at 12th, a drop of three positions. Following him closely was Amit Mishra at the joint 14th position.

The Indian team was unchanged at the third position in the team rankings. 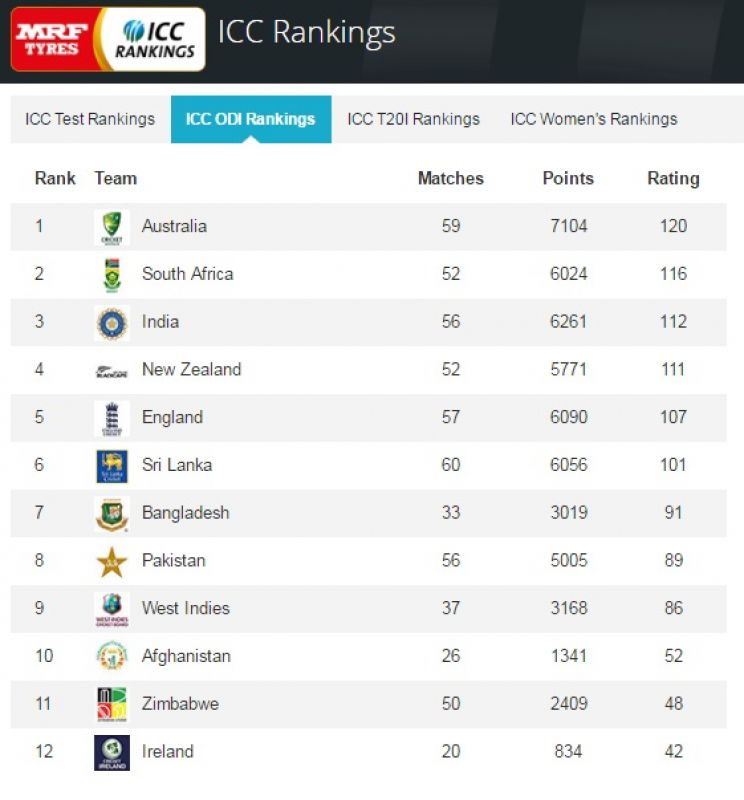