Mumbai: India’s ace spinner Ravichandran Ashwin has been under the social media scanner ever since he won the ICC Best Test Cricketer Award, earlier this month.

Not all the limelight on Ashwin this festive season has been positive, though. After winning the award, the 30-year-old had thanked a number of people for his achievement, in a tweet.

However, some of the Indian cricket fans were not happy with the fact that he had failed to thank India’s limited overs skipper MS Dhoni in his tweet. 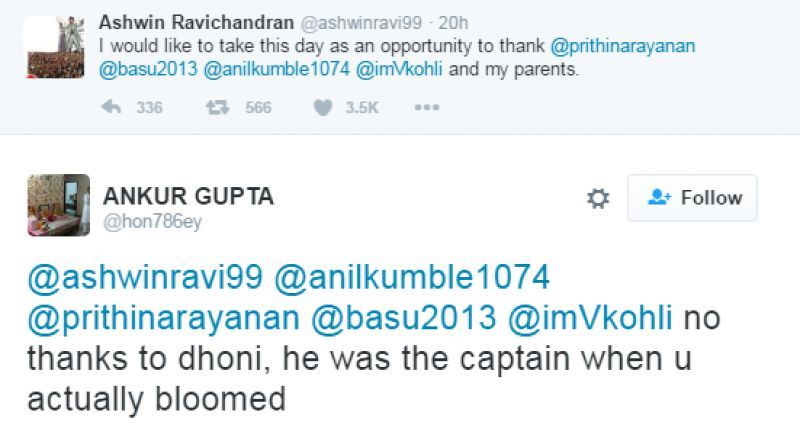 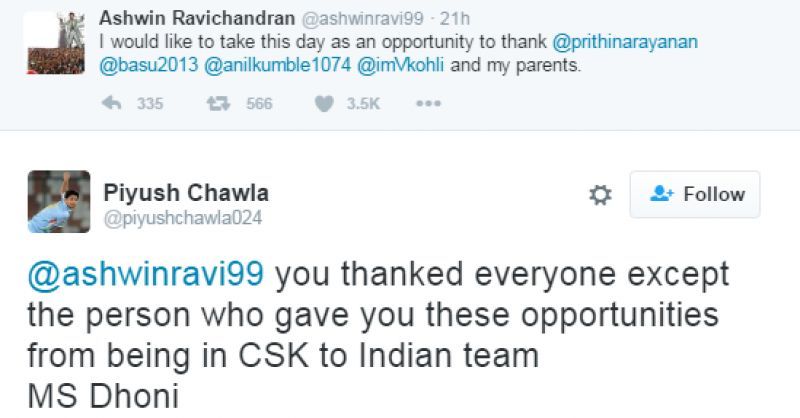 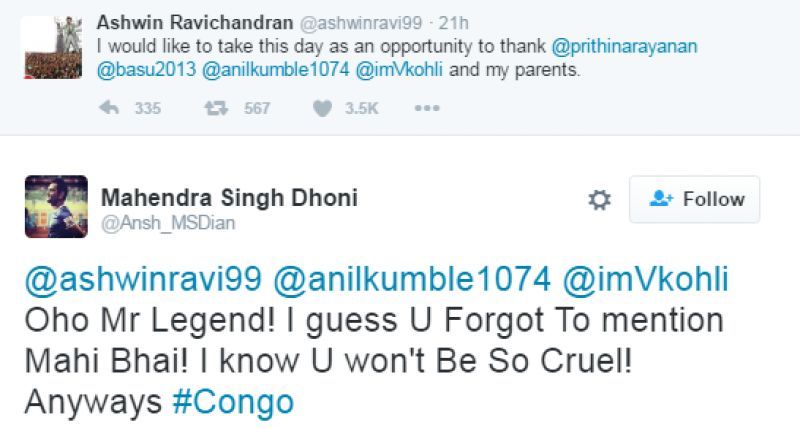 He also did not thank Dhoni in a statement he made after winning the ICC Test Cricketer Award.

“There are a lot of people to thank for this wonderful achievement I have made. It has been a great couple of years but this year has been even more special. What is very noticeable is the way I have bowled and batted and the way I have gone about doing my business,” he said. “What is more important, as far as I am concerned, is the number of people who have gone behind my success.

“I’d like to dedicate this award to my family. I’d like to thank ICC and most importantly my team-mates. I’d also like to thank the support staff for our success. We’ve had a great transition ever since Mahendra Singh Dhoni hung up his boots. A young captain has taken over, we fell on the right track, and we now have a new bunch of boys,” he further said.

Ashwin has played with Dhoni for both India and the now defunct Indian Premier League (IPL) franchise Chennai Super Kings.

Ashwin however, did not seem too bothered by all the criticism he received on social media, and went on to request his fans not to tag his wife Prithi in tweets that concerned him.

However, Ashwin silenced his fans in his own way. He simply retweeted a fan, who believes that all these allegations are only aimed at creating a grudge between 'two brothers'.