Kohli’s aggressive style of cricket has helped India gain a 1-0 lead in the five-match series against England. (Photo: BCCI)

Mohali: India Test captain Virat Kohli is well known for his on-field aggression. The 28-year-old, who is currently playing the third Test against England at Mohali, was at it again, as he got into an altercation with England batsman Ben Stokes.

Stokes danced down the track, attempting to hit Jadeja to the fence, but he got beaten all ends up, as Parthiv Patel collected the ball and smartly completed the stumping.

Kohli and Stokes were seen exchanging a few angry words after Team India gathered into a huddle to celebrate the wicket. Both the players were soon calmed down by umpire Marais Erasmus.

Here’s a video of the incident.

This is not the first time that Kohli has gotten into an altercation with an England batsman. 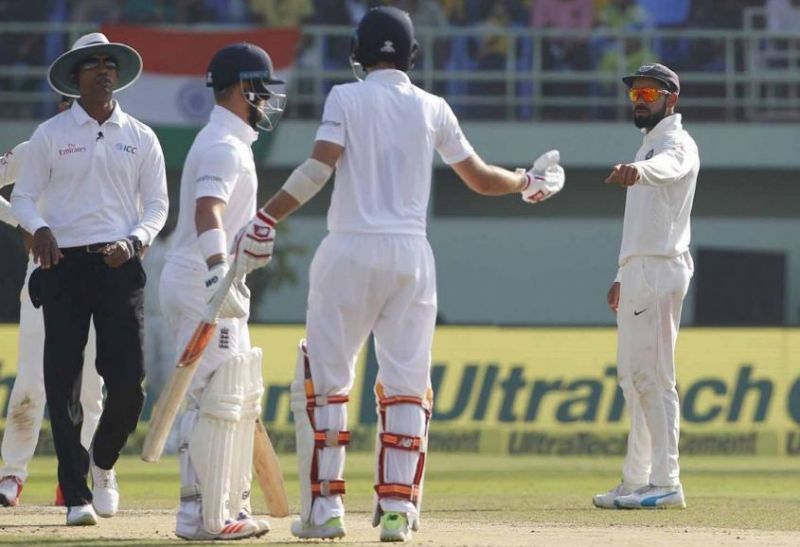 Virat Kohli had gotten into an altercation with Joe root in the Vizag Test as well. (Photo: BCCI)

Previously, the 28-year-old had exchanged a few heated words with Joe Root in the second Test in Vizag.