Locals in Ranchi want a taste of Dhoni fireworks before Diwali. (Photo: AFP)

Ranchi: The atmosphere in Ranchi is absolutely electrifying as India aim to seal the ODI series against New Zealand in MS Dhoni's hometown.

The local lad Dhoni and other members of the team were greeted with loud cheers and thunderous applause outside the hotel in Ranchi as the team headed to the JSCA stadium for the fourth ODI against the Kane Williamson side.

Captain Cool, since his arrival in Ranchi, has done his bit to stun the Kiwi side even before taking field. While the other team members and support staff left the airport in a team bus, Dhoni drove away in his hummer as the visibly gobsmacked Tom Latham and Ross Taylor looked on. 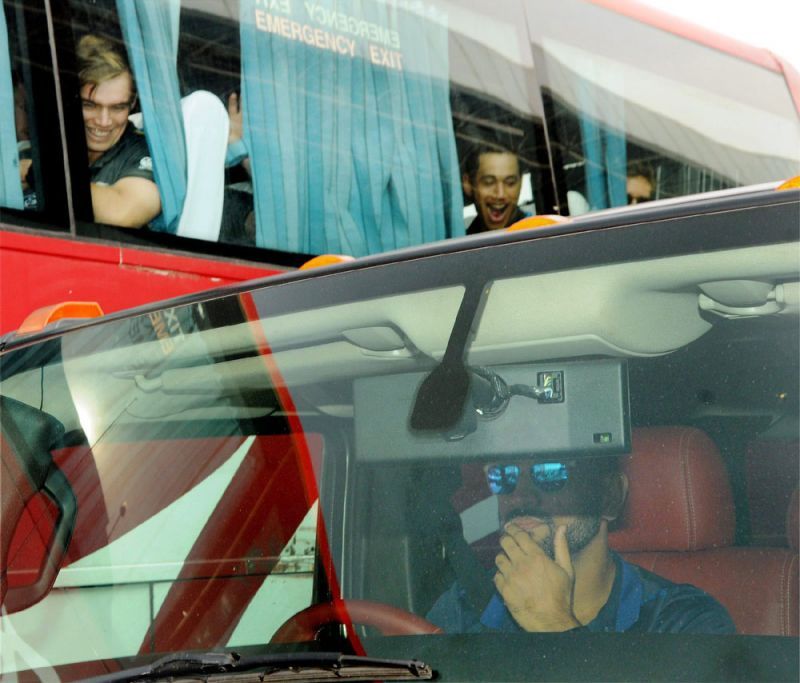 Tom Latham, who has been the stand out player from the Kiwi side and Ross Taylor seemed astonished as Dhoni drove away. (Photo: PTI)

Ranchi, where it all started for Dhoni, will be hoping to witness some fireworks from the Indian side and more so from their favourite cricketer, Dhoni. Their wish may well get fulfilled going by what Dhoni did in the Mohali ODI during his 80-run match-winning knock.