Sarah Taylor goes nude once again, gets trolled by Alex Hartley; details inside

However, this time the wicket-keeper went topless. Sarah was holding the bat with her gloves on, covering her private parts. In the photo, Sarah wrote an inspiring quote, which read, “Waiting to go into bat like.”

But, this time, the England cricketer was hilariously trolled by her England teammate Alex Hartley. As soon as Taylor posted her picture, Hartley funnily trolled her by posting few comments.

Here are the comments 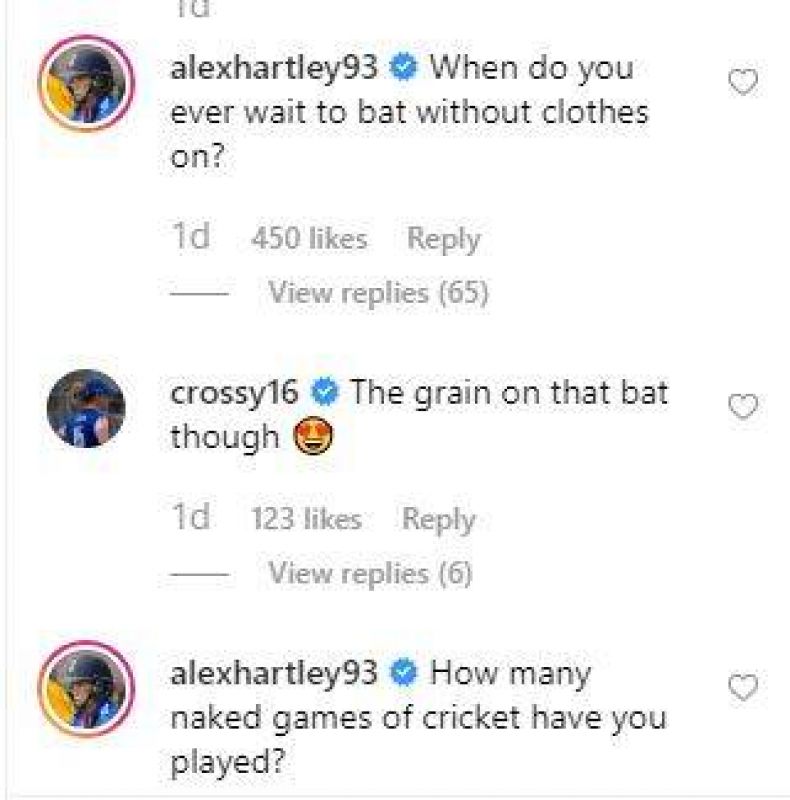 Previously, Sarah was criticised for posing nude after she went nude to promote issues on women’s health and pleaded the women to accept the way they are. Despite the criticisms, there were also her loyal supporters who defended Sarah’s move to shed her inhibitions.

After dream debut vs India, Kyle Jamieson wants to be an all-rounder

Virat Kohli after 10-wicket loss: We were not just competitive enough

Boult fired up as New Zealand have India on the ropes

Which cruel feat/fate do Pragyan Ojha and Jason Gillespie share?