Kolkata: Afghanistan leg-spinner Rashid Khan was the hero as Sunrisers Hyderabad defeated Kolkata Knight Riders by 13 runs here on Friday to reach the final of IPL11.

Hyderabad, the champions in 2016, will face Chennai Super Kings for the big prize in Mumbai on Sunday. Having lost to Chennai in all the three matches this season including Qualifier 1, Kane Williamson and Co. would be hoping that the law of averages would catch up with M.S. Dhoni’s team in the final. No one can begrudge the final cast, as the two top teams in the league will be fighting for the trophy.

Rashid's superb all-round show was the cornerstone of Hyderabad's victory in Qualifier 2. The Afghan blasted 34 runs off 10 balls to power Hyderabad to 174 before grabbing the limelight in bowling by claiming 4/19. He also shone in fielding with two crucial catches in the final over. Kolkata appeared to be on course when Chris Lynn and Nitish Rana forged a fine partnership for the second wicket but the tide turned in favour of Hyderabad after the fall of Dinesh Karthik at 108. 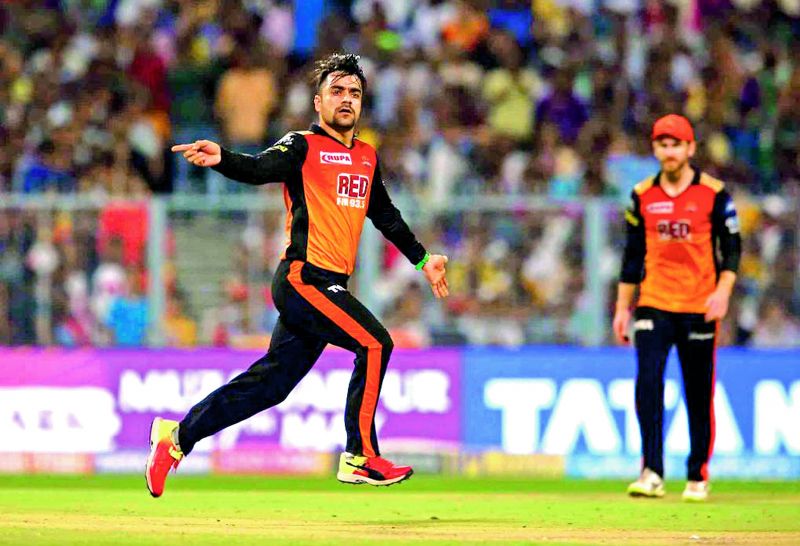 Earlier, in their bid for a place in the final for the third time, KKR bowlers responded to Dinesh Karthik's decision to bowl first as they never allowed Sunrisers batsmen to break free initially. Kuldeep Yadav stole the limelight with a 2/29 spell that inluded the prized wicket of Kane Williamson (3), the leading rungetter of IPL-11.