RCB is currently positioned at the seventh place in the IPL league standings and they next face Delhi Capitals at Feroz Shah Stadium on April 28.

New Delhi:  Indian fast bowler Ashok Dinda hit back at Royal Challengers Bangalore on Thursday and reminded them of his career achievements. 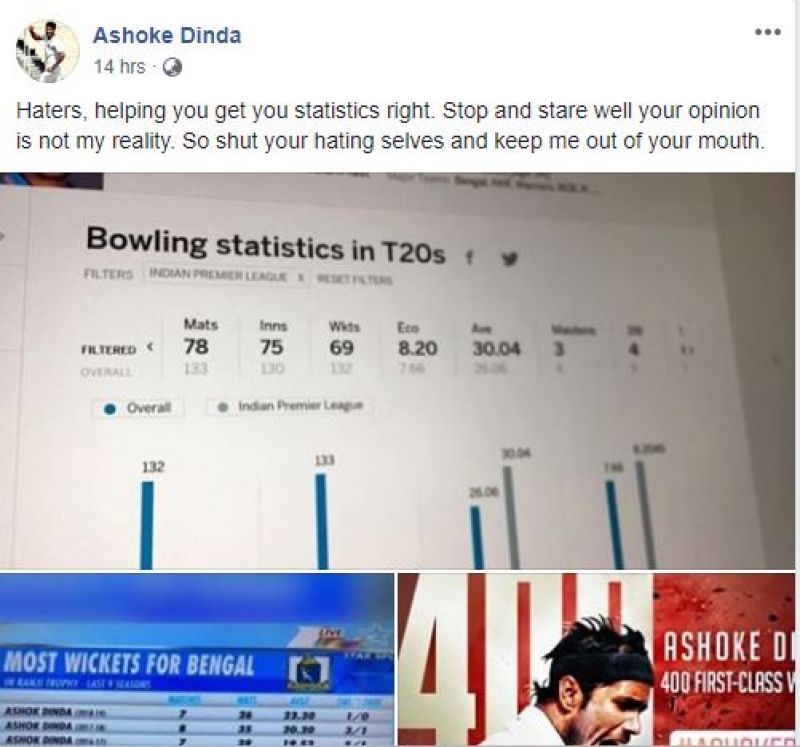 "Haters, helping you get your statistics right. Stop and stare well your opinion is not my reality. So shut your hating selves and keep me out of your mouth," Dinda wrote on his Facebook account.

Dinda's reaction came out just a day after his former Indian Premier League (IPL) team posted a tweet taking a jibe at the bowler.

The tweet was later taken down by the franchise and they decided to give an explanation for deleting the post.

"As some of you pointed out, the previous version of this tweet was in bad taste. However, for all of you who have relentlessly trolled this lad, he said #challengeAccepted and bowled his heart out! 4-0-36-3, 15 off his last two overs & 2 wickets in those! #PlayBold #RCBvKXIP," RCB tweeted. 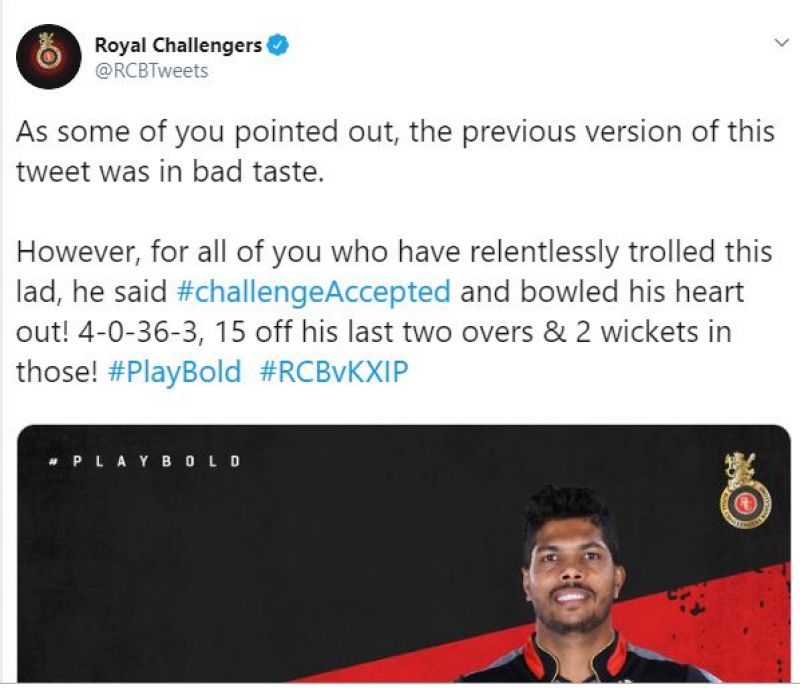 Umesh Yadav was under fire as he conceded 24 runs in the final over in the match against Chennai Super Kings on Sunday. RCB was able to win the match by one run but this performance by the bowler drew a fair share of criticism.

RCB is currently positioned at the seventh place in the IPL league standings and they next face Delhi Capitals at Feroz Shah Stadium on April 28.