Kuldeep Yadav had revealed that he received some tips from Shane Warne that helped him dismiss Aussie batsmen in Dharamsala. (Photo: PTI)

Dharamsala: After his heroics in his debut Test against Australia, spinner Kuldeep Yadav had revealed that he received some tips from Shane Warne that helped him dismantle the guests in Dharamsala, and now the king of spin has responded saying that he was happy to help any young spinner from any country.

Taking to Twitter, Warne said he was mighty impressed by the excellent bowling displayed by Kuldeep in Dharamsala. 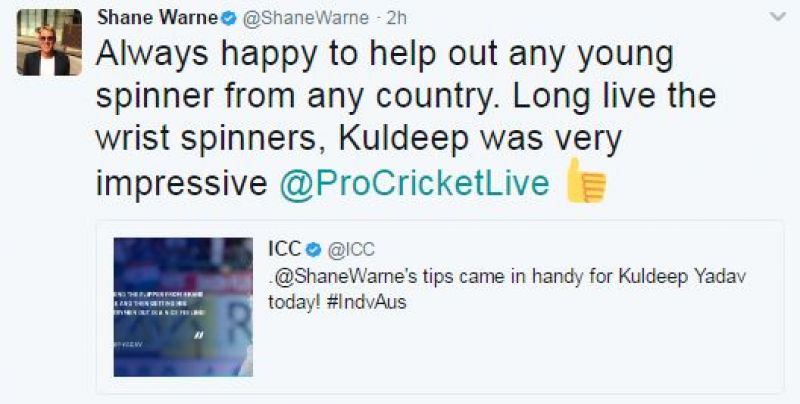 Speaking to the media after his four wicket haul in Dharamsala, Kuldeep said that he was more than happy to use the Australian legend's tips in dismantling the Steve-Smith led team.

"Did you see the first wicket (David Warner)? That wasn't a chinaman. It was a flipper which I learnt from Shane Warne. So learning from Warne and then dismissing one of his (Australia's) players is great. My idol was Warne and I have followed him since childhood.

"I still watch his videos and it was a dream come true when I met him. I couldn't believe I was speaking to my idol and sharing my thoughts on bowling and what all I should be doing," a beaming Kuldeep said, adding that he followed Warne's exact instructions ahead of the match, and was promised to have another session with him in the near future.

David Warner, Peter Handscomb, Glenn Maxwell and Pat Cummins fell to Kuldeep on Day one of the fourth Test, and the spinner is now basking in the accolades being showered upon him by players and fans alike. 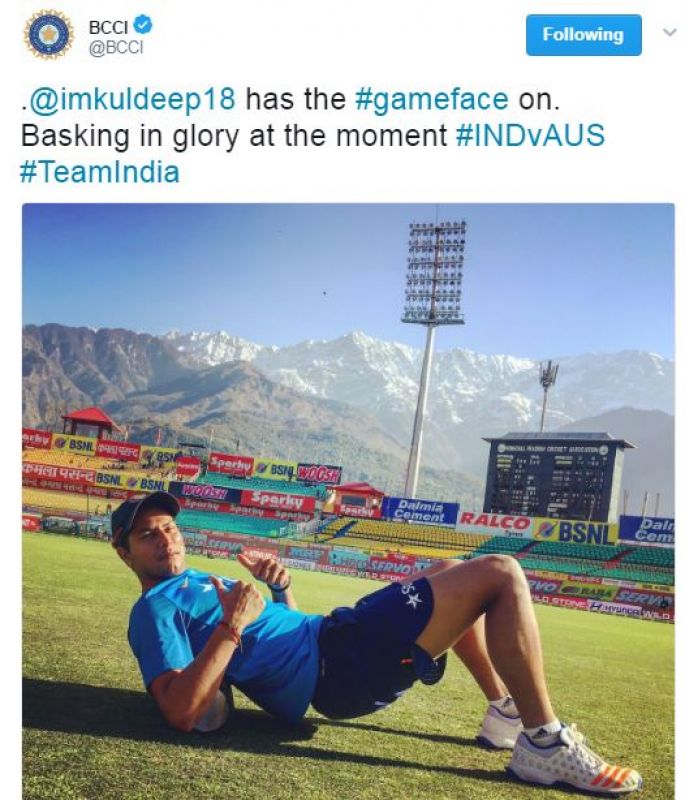 Kuldeep’s four wicket haul helped India dismiss the visitors for 300. The other bowlers who got wickets were Umesh Yadav (2) and Ravichandran Ashwin, Ravindra Jadeja and Bhuvneshwar Kumar bagged one wicket each.