Mumbai: Mahendra Singh Dhoni is one of the first names on the lips on any cricket lover, when one talks about Team India.

The former skipper, who relinquished his limited-overs captaincy earlier this month, still retains as much popularity as he garnered during the peak of his cricketing career. Now, the India limited overs wicketkeeper-batsman can add one more fan to his bucketlist.

Former India opener Virender Sehwag, who had served as Dhoni’s deputy in India colours, at one time, revealed on social media, that his son Aaryavir is a huge fan of MSD.

Sehwag’s son had in fact, sketched a picture of Dhoni playing one of his trademark shots. 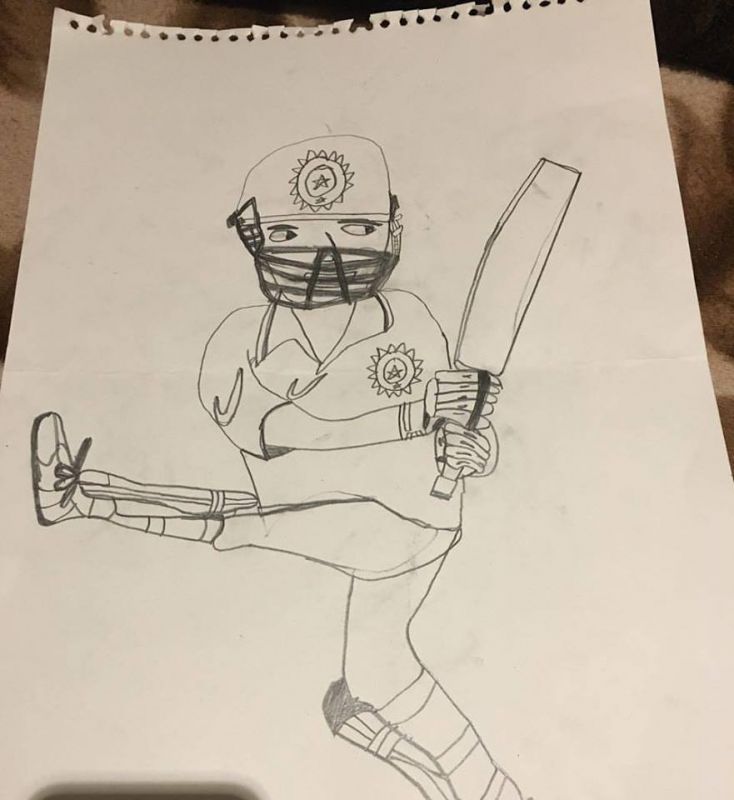 We must say that the posture of the ex-skipper playing a shot through the leg side, with his front leg up in the air, bares an unmistakable resemblance to how Dhoni executes the shot on the field.

Sehwag, who is known for his quick wits on social media these days, was appreciative of Dhoni’s achievements for the Indian cricket team, after the latter stepped down as the captain of the ODI and the T20I sides. The former India opener also went on to praise Dhoni, saying, that Dhoni’s greatest attribute was that he is a man with a big heart.