Virat Kohli-Anushka Sharma reception: Here are all the details of Mumbai event

After a grand reception in New Delhi, Virat Kohli and Anushka Sharma are gearing up to host the Mumbai wedding reception at the St Regis hotel in Lower Parel, Mumbai on Tuesday, December 26. (Photo: PTI)

Mumbai: After a dream wedding in Tuscany, Italy on December 11, a Finland honeymoon and a grand reception in New Delhi on December 21, Virat Kohli and Anushka Sharma are set to host a lavish wedding reception in Mumbai on Tuesday.

The newlyweds landed in the Maximum City from the national capital on Friday and are gearing up for a big bash before Virat Kohli-led Indian side leaves for a gruelling South Africa series where Team India will play three Tests, six ODIs and three Twenty20s. 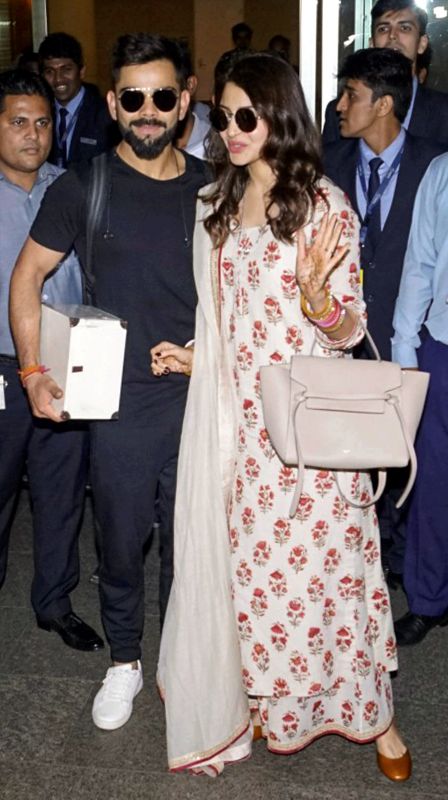 However, before that, here are all the details – from invitees, invitation card to the venue – of the Virushka wedding reception in Mumbai.

The wedding reception in Mumbai will take place on December 26 at the St Regis hotel, situated in Lower Parel.

The lavish Astor Ballroom of the hotel, which boasts of 23-foot-high ceiling and crystal chandeliers will host the wedding reception.

The Ballroom is located on the ninth floor of the hotel and can accommodate around 300 people at one point of a time. Considering the wedding reception is expected to be attended by who’s who of the Mumbai celebrity circuits – from Bollywood stars, industrialists and the Indian cricket team members – the humongous 6,433 square feet-ballroom is divided into three parts - pre-function area, Central Ballroom and the Astor terrace, allowing free movement for the people who will attend the function.

The floor-to-ceiling glass windows at the Astor terrace ensure ample sunlight and moonlight at the Ballroom and keep the venue airy.

@imVkohli @AnushkaSharma what a lovely invite. Everything about your wedding has been personal,classy & romantic. Just like you both. God bless. pic.twitter.com/OBHVp2dnE1 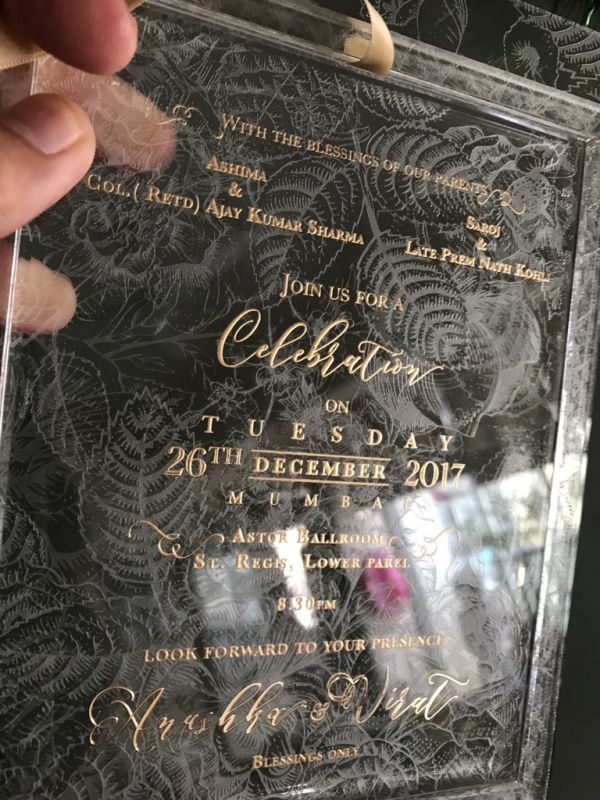 Like the New Delhi wedding reception, the Mumbai reception too is scheduled to start at 8.30 P.M. IST.

While Virat and Anushka had a hush-hush wedding, attended only by family members and a select few, the receptions are grand affairs and cricket stars, Bollywood celebrities and industrialists are going to flock the Mumbai reception.

It is reported that the members of the Indian cricket team - comprising the likes of Rohit Sharma, MS Dhoni and others, Yuvraj Singh, legendary Sachin Tendulkar will attend the reception.

The Big Three Khans of Bollywood – Shah Rukh Khan, opposite whom Anushka made her debut in Rab Ne Bana Di Jodi, Aamir Khan – her PK co-star and Salman Khan, with whom Anushka featured in Sultan will attend the reception. It is learnt that Anushka’s mentor and head of Yash Raj Films Aditya Chopra, wife and Bollywood actress Rani Mukherjee, film director, producer, TV show host and presenter Karan Johar, Katrina Kaif will be amongst some of the big Bollywood personalities who will be present at the wedding reception.

It is reported that Mukesh Ambani and wife Nita Ambani are also going to attend the reception.